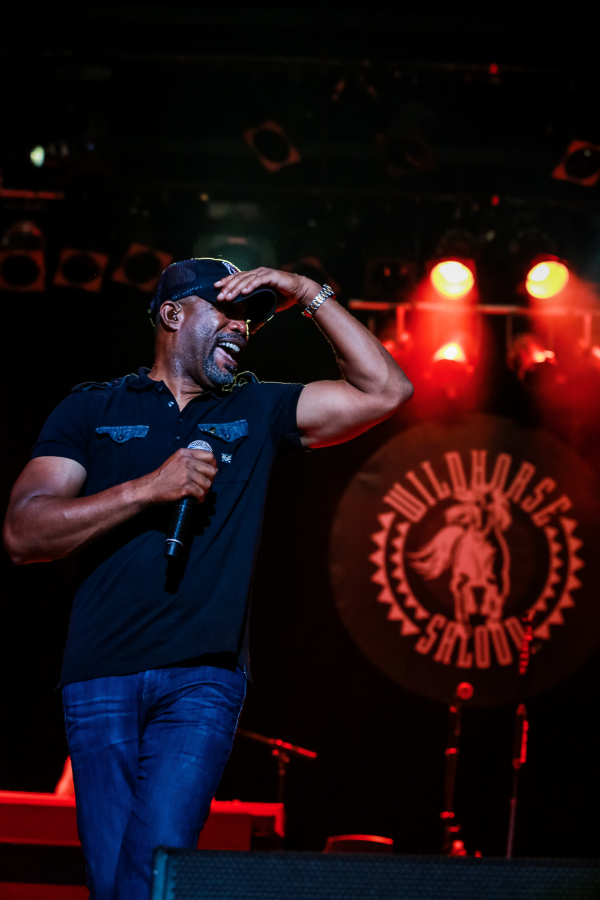 NASHVILLE,
Tenn. (June 10, 2015) – Darius Rucker has a lot of friends. Put them
all together and they can do amazing things. Like raise more than
$220,000 for childhood cancer and other life threatening diseases at St.
Jude Children’s Research Hospital.

Rucker and a handful of today’s top country music stars spent Monday
night putting on the sold-out sixth annual “Darius and Friends” benefit
concert at the Wildhorse Saloon in Nashville, then hit the course
Tuesday for the Celebrity Tee-Off sponsored by State Water Heaters. The
two-day total is almost two times as much as the record $120,000 Rucker
earned last year and brings the annual benefit’s total contribution to
St. Jude to $660,000.

Rucker was an active master of ceremonies at the Wildhorse, performing
his own set of hits and joining every invited star – the lineup included
Little Big Town, Brett Eldredge, A Thousand Horses, Brothers Osborne,
Scotty McCreery and Steve Wariner – on stage at some point. He stretched
his instantly recognizable baritone voice in every direction through a
night that included – but was not limited to – a set heavy with songs
from his latest No. 1 album, Southern Style. He also brought
out a horn section so he and new friend Eldredge could explore their
mutual love of Frank Sinatra with covers of “Come Fly With Me” and
“That’s Life.”

The South Carolina singer started to show off when he joined A Thousand
Horses for a cover of the Black Crowes’ “Hard to Handle” and joined
Wariner on the Beatles’ “Get Back.” Rucker finished the night with his
now-standard cover of Prince’s “Purple Rain,” a song written for a club
just like the Wildhorse.