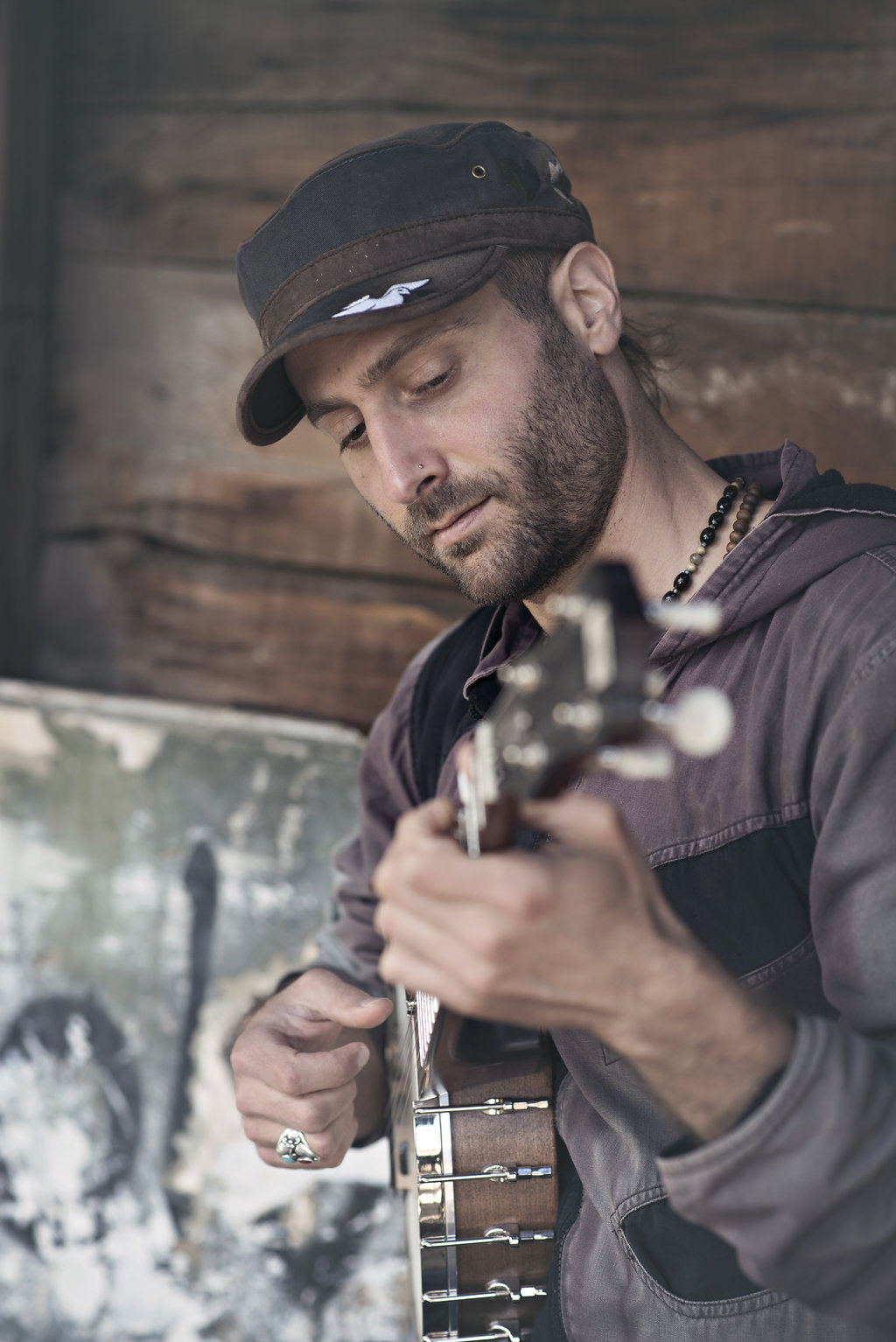 Christian Lamitschka:  Music has many new fans throughout Europe who may be hearing about you for the first time. How would you describe yourself and the music you play to someone who has never seen or heard you?

Dango Rose:  This album in particular was written and recorded on an American Civil War Fretless Banjo from the 1860s.  It’s a Union Banjo that has metal castings on it that say Union Forever.  In the early 200s, I was touring in Traditional Old-Time Americana String Bands.  This album represents my songwriting from that era. It’s actually an older album that I only printed 300 physical copies of for family friends and just now decided to release via streaming platforms worldwide.

Christian Lamitschka:  How did you choose the title for the album?  Is there a story behind the name?

Dango Rose: I would wake up just before the dawn to write many of these songs.  Essentially, I was sleeping with this antique banjo at my bedside.  It was a poetic process during a time of transition and loss, and thereby “Banjo Poems” became the album’s name.

Christian Lamitschka:  Please tell us about the songs on your album (influences, etc.).

Dango Rose: Asleep with the Light On was written after returning from tour with Elephant Revival.  Quite simply, I kept falling asleep with the light on and would be writing in a space between dreaming and waking.  Caribou Mountain is a story about a town in Colorado which I consider home – Nederland, Colorado.  Sometimes my mail would end up in the Netherlands because of it.   It’s a story about the mining history of the area, the windswept fires that destroyed the village, and the ghosts that still live there today.  East County Road is essentially a piece about an experience I had in Oklahoma where my former landlord was murdered and found in a ditch.  I really wish that wasn’t a true story.  Night Resumes is about tethering spirit to soul during the longest nights of Winter and the transcendence that ultimately comes through. Pollinated is a veiled piece about abortion. Well, looking above at what I just wrote, I suppose one can say I don’t shy away from challenging subject matter.

Christian Lamitschka:  What is your favorite song among all the songs you have recorded and what’s the story behind it?

Dango Rose: On this album, my favorite song is probably “Asleep with the Light On” because it has this sense of innocence many can relate to, with regard to nostalgia and dreams.

Christian Lamitschka:  Who inspires you musically and how deep do your musical roots run?

Dango Rose: Recently, I’ve been listening to a lot of Rainer Schueranbrand, The Avett Brothers, Joe Pug, Lunasa, Phoebe Bridgers, Leonard Cohen, Roo Panes, Sufjan Stevens, Hammock, Sigur Ros and Bonny Light Horseman.  One might say my musical influences are varied and deep.  What’s important to me is the nature of the song, and whether or not the production of the music is in service to the song.

Christian Lamitschka:  What inspired you to become an artist?

Dango Rose: When I was 15 years old a Bluegrass Band moved in next door to me where I was living in Chicago.  This changed my focus from playing in garage bands with my friends to more traditional styles.  Thereafter, I began studying at The Chicago Old Town School of Folk Music.  In 2001 I was playing on the streets of New Orleans during Jazz Fest when David Batiste, legendary patriarch of The Batiste Family picked me up to perform with members of his family and other legendary Jazz & Heritage musicians. I started my career as an upright bass player and toured professionally as such for many years. I am a founding member of the band Elephant Revival.  We toured nationally and internationally from 2006 – 2018. Oh, one more fun fact….  I am a re-naturalized citizen of Germany.  I am extremely proud to be a member of the European Union and I greatly look forward to spending more time in your fine country.

Christian Lamitschka:  What has been your greatest challenge in music business?

Dango Rose: The music industry feeds off perpetual motion, yet that is not the kind of energy that feeds and supports the longevity of the human soul.  My greatest challenge has been the speed in which the industry expects artists to move.

Christian Lamitschka:  What moments in your career stand out in your memory as highlights and achievements which you are proud of?

Dango Rose: Well….  I suppose it was Elephant Revival’s headlining shows with The Colorado Symphony Orchestra as well as our headlining shows at Red Rocks Amphitheater….   Headlining the Telluride Music Festival and performing at The Newport Folk Festival was pretty cool too.  Aside from that, early on in our career we used to put on benefit concerts for the Oglala Lakota Tribe on Pine Ridge Indian Reservation.  I look back fondly on those times as well. Being able to give back has always been a highlight.  Helping found Colorado Public Lands’ Day was definitely a great achievement too.

Christian Lamitschka:  When you get time off, how do you like to relax?

Dango Rose: I spend a lot of time focusing on my meditation and yoga disciplines.  As well, I like to spend a lot of time in nature and on the river.  Furthermore, I enjoy being in the recording studio, and I’ve been getting more heavily into the production side of things over the past few years since the band decided to go on indefinite hiatus.

Christian Lamitschka:  What’s your favorite song that you wish you could have recorded?

Dango Rose: This is an interesting question.  I try not to fall into a trap of comparisons….  However, the song that is speaking to my soul the most in this current moment, is Hymn #101 by Joe Pug.