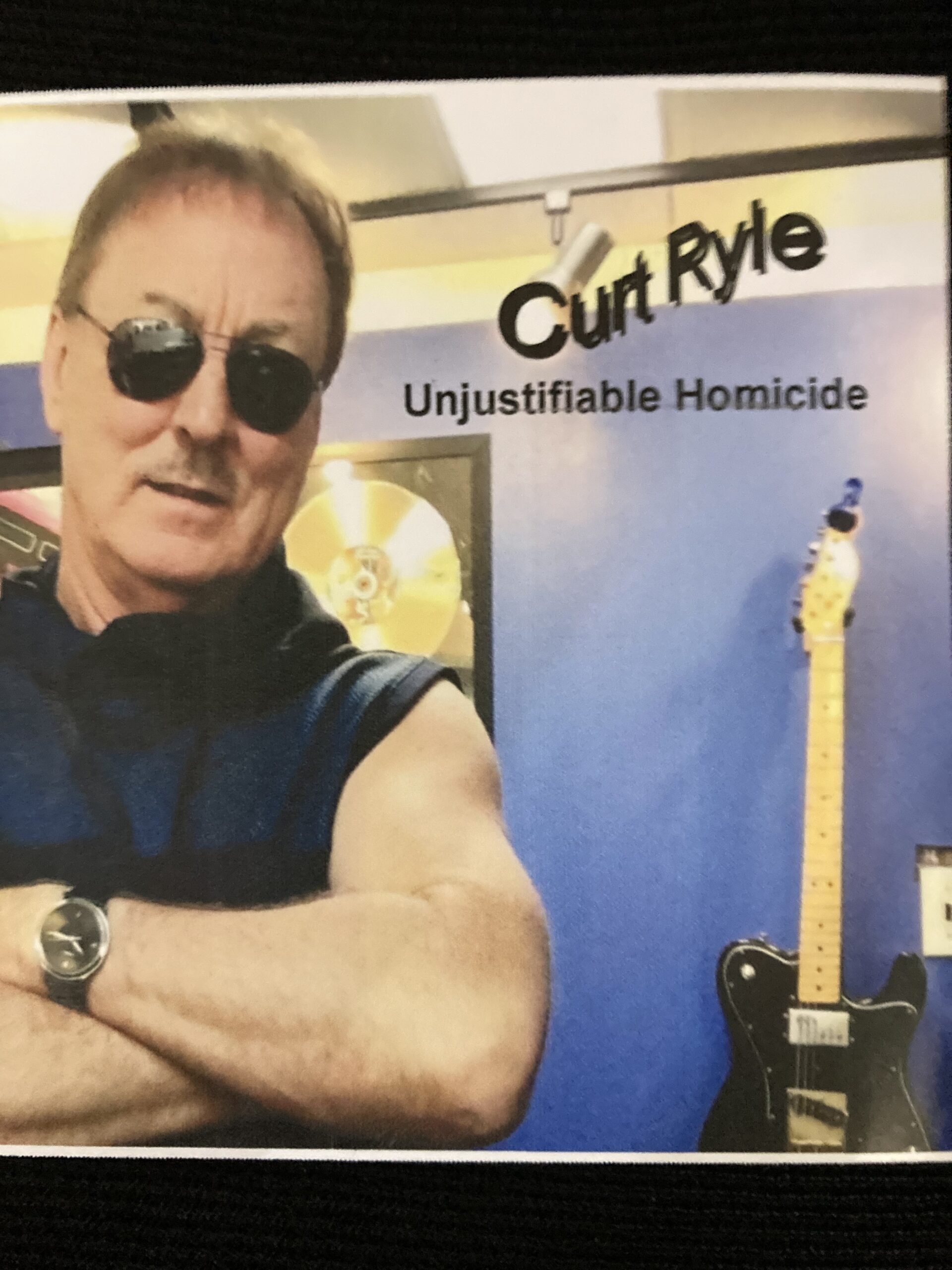 Over the past couple of years, I have met and was befriended by one of the best of the best in writing, performing, playing , recording and mastering Country Music.  I had no idea of the many talents this humble man possessed, as he does not carry a sign physically or within his attitude that says, “I am SOMEBODY, in Country Music.  However, I have quickly learned that Curt Ryle is indeed, SOMEBODY in Country Music.  In fact he is tops in any kind of music he habits to be working on at the time.

Curt started in music from a very early age, born in Duncan, Oklahoma and raised in Broken Bow, Oklahoma, Curt was playing and performing in his early teens  and was recognized at that time as being blessed with what it takes to have the “ear” for music.

The following was written by Tony Centonze about Curt and his many talents.  I found it pretty much on point as an introduction to the Curt Ryle I’ve become privileged to get to know.  I have opportunity to work with Curt in distribution and promotion for many of his artists and find him to be heart and soul embedded in what he does, for everyone he works with.

“By the 1970s, his reputation and prowess as a guitarist and multi-instrumentalist had grown, Ryle found himself performing with Dr. Hook, Ray Price, George Jones, many of his heroes. In 1986 Mel Tillis brought him to Nashville as a songwriter.

“Of the 10 songs of mine that Mel had heard,” Ryle said, “six of them went on to be No. 1 hits. Artists like Clinton Gregory, Gene Watson and Billy Ray Cyrus were recording my songs. One day I told Mel, “I don’t want to be just a songwriter. I want to be a recording musician. I want to be a producer, your producer. Eventually I did produce two albums for Mel, one of which went Platinum.”

Ryle admits that the feeling he gets from songwriting has changed a little over the years. “It’s not like it used to be,” said Ryle. “It used to be all about the creativity and fun, now it’s more of a business. People will call and say, ‘I would like to schedule a week to just write with you,’ and then we’ll sit down and write a song every day.”

Over the course of his career, Ryle has also written songs for movies and commercials. Just this week, a Korean company contacted him about using one of his songs in an upcoming commercial. Ryle also writes songs for book companies, most recently a song to accompany “The Girl with Lightning in her Eyes,” a new book by Melissa Lutz.

As a sought-after studio musician and session player, Ryle is often called upon to lay down guitar tracks on projects for some of Nashville’s top recording artists. His studio walls are lined with gold and platinum albums. One of the biggest sellers, Taylor Swift’s self-titled multi-platinum album on Big Machine Records, has more than 3,000,000 copies sold.

“Nashville is the center of the music world,” Ryle said. “They have the greatest writers, musicians, engineers and producers. This is Music City, no doubt about it, the problem is they’re becoming very one dimensional. There are so many facets to country music, I worry that the level of musicianship is going down.”

Ryle is currently working on seven projects, with artists from all parts of the United States. He is also working with singers from Australia, Ireland and England but has a real soft for local musicians. “I love working with the local folks,” said Ryle, “like Lydia Walker, Cindy McElroy and Tony Hatton, we have some talented singers and writers.”

He is very excited about a couple of his current projects. “I’ve been working on an album for Lonnie Spiker from Austin,” said Ryle, it’s a Texas, Western Swing album in the style of Ray Price or Bob Wills. This is a wonderful record, a throwback to the 60’s. Lonnie couldn’t get that sound he was looking for in Austin so somebody referred him to me. I brought in all Western Swing session guys from Nashville to get that authentic sound that he was after. He will probably get a big label deal after this record. It’s wonderful.”

“Lucas Ciliberti is another artist I’m working with that I am really excited about,” said Ryle. “He is a 14-year-old kid from Enid, Okla. Sometimes you just know if somebody has it. They open their mouth and they sing and they are perfectly in tune and you just know it’s a gift from God. We recorded an album together. I got a call recently that he won a best video award.”

Ciliberti was nominated in four categories at the recent Nashville Universe Awards and has now been offered a role in an upcoming movie.

Ryle shows no signs of slowing down. “I don’t advertise, it’s all word of mouth,” he said. “I’m going to keep doing this as long as it’s fun. The reason I keep doing this right now is I get to do a lot of different genres. Lonnie’s album is a throwback to the ’60s, my next one may be pop. I love that. If I were doing just purely today’s country music, I wouldn’t do it.”

He is modest and thankful when speaking about his success. “I never played the game,” he said. “I never chased it. It just always found me and came and got me, and that’s just pure luck. God gave me a gift, he knew I couldn’t do anything else so he gave me the gift of music.””

Curt’s son Brayden Ryle, if following closely in his fathers footsteps.  Brayden has “gone Country” as they say, as he has decided that Country Music is where his heart is in the Music Industry.  Brayden had thousands of views on his Youtube channel, and has been a very poplular “Pop” artist.  This last year,

He announced that “Country” is his passion.  Who else to better direct him than his Father, Curt Ryle.

Curt Ryle recently released a new Country album to the airways.  The title?  “Unjustifiable Homicide” and it is  without question, a tribute to REAL  Country Music .

Curt Ryle is bringing REAL TRADITIONAL Country Music back to the airways.  You can find Curt’s new album on all the streaming platforms.  You can find Curt, at Black Ribbon Records and Big Matador Recording on a daily basis.  He’s the first choice , in my opinion, for recording, and producing, and the many artists he has in his studio, worldwide artists, would all agree.  Just ask them.

Curt Ryle’s Songwriter Workshop in Clarksville Tn. the 25th of September  a very informative workshop on writing, marketing, copyrights even the Nashville number system for musicians will be taught. a concert will be the next day featuring Brayden Ryle and other Black Ribbon Recording Artists.