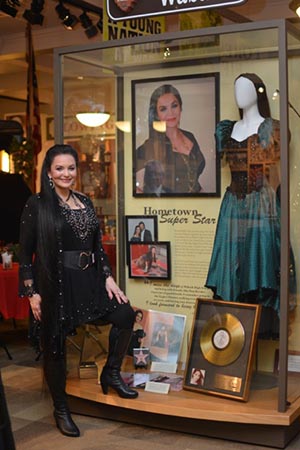 NASHVILLE, Tenn. (November 13, 2015) –
Crystal Gayle’s legacy continues to have a lasting impact in her
childhood hometown with the unveiling of a theater named in her honor
and an exhibit profiling her iconic career.

The Wabash County Historical Museum in Wabash, Indiana named its
theater the “Crystal Gayle Theater” to honor her influence and
connection to the small town in Northern Indiana.

“It’s so humbling to return to Wabash and feel the love from the
community. They always welcome me home with open arms. I’m so proud to
be here and be part of this incredible museum,” Gayle said.

The youngest of eight children, including Loretta Lynn, Gayle was
born Brenda Gail Webb in Paintsville, Kentucky. As the coal mines
closed, her family left the area to find work and moved to Wabash,
Indiana. 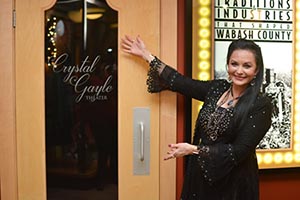 The updated exhibit features a replica of Gayle’s star on the
Hollywood Walk of Fame, 1986 American Music Award for Favorite Female
Country Vocalist, “When I Dream” gold album, tour gown and tour book,
2005 Indiana Living Legend Award along with various pictures and
memorabilia.

“Our community has a strong affection for Crystal Gayle and her
connection to many local families and this will be a great event for
them to reconnect with her and enjoy the museum,” said Mitch Figert,
Executive Director.

The expanded exhibit will allow the museum to further highlight
Crystal Gayle’s accomplishments which will also include memorabilia to
be added inside the theater. 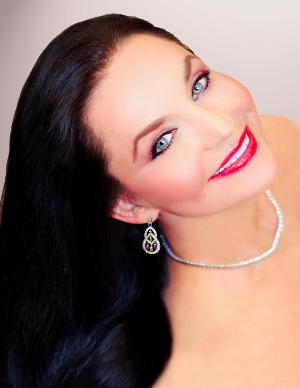