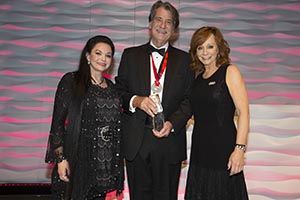 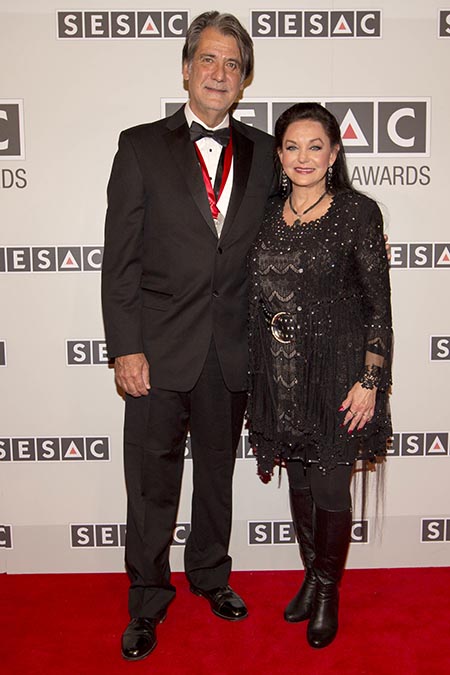 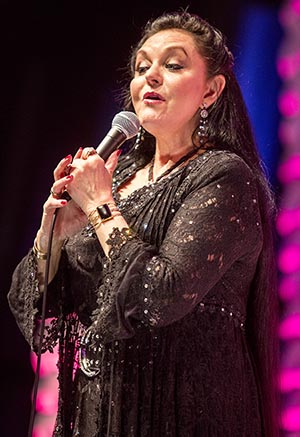 SESAC recognized Leigh with the Songwriter Legacy Award for penning
dozens of chart-toppers and country classics, including “Don’t It Make
My Brown Eyes Blue,” which became a country-pop crossover smash for
Gayle.

“Not only is Richard a phenomenal songwriter with lyrics that pull at
the heartstrings, but he’s one of the most gracious and kind beings in
this business. I’m so proud to honor him for his incredible talents,”
Gayle said.

Leigh was joined on the red carpet by Gayle, who also recorded his
first No. 1, “I’ll Get Over You,” in 1976. Gayle and Reba McEntire (“The
Greatest Man I Never Knew”) honored Leigh with performances at the
Country Music Hall of Fame and Museum during the ceremony.

“You might not always have this ‘move-mountain’ lyric or a crazy
idea, but sometimes it works. And if you’re really lucky, you have a
voice like Crystal Gayle’s delivering a soulful rendition,” Leigh said.

ABOUT CRYSTAL GAYLE:
Crystal Gayle is an award-winning country music living legend whose
reign in the music business includes 20 number one country hits, six
albums certified Gold by the RIAA and the first female artist in country
music history to reach Platinum sales with her 1977 album, We Must Believe in Magic.
Her her 1977 country-pop crossover hit song, “Don’t It Make My Brown
Eyes Blue,” became an iconic staple and solidified her as one of the top
female vocalists during the 1970s and 1980s. Her list of platinum and
gold was to be matched only by her awards and accolades. CMA’s “Female
Vocalist of the Year,” for two consecutive years, she became a Grammy
Award Winner for “Best Female Vocal Performance,” thanks to her beloved
“Brown Eyes” – a song that she today admits she has never grown tired of
singing. Crystal swept the Academy of Country Music Awards for three of
their “Top Female Vocalist” statuettes. She is the recipient of three
“American Music Awards,” voted by the nation as America’s “Favorite
Female Artist.” Perhaps nothing sums up Crystal’s career achievements as
well as being awarded with a star on the fabled Hollywood Walk of Fame
in October 2009. Also famous for her nearly floor-length hair, she was
voted one of the 50 most beautiful people in the world by People
Magazine in 1983. She is the younger sister (by 19 years) of singer
Loretta Lynn, and a distant cousin of singer Patty Loveless. Gayle also
has a star on the Hollywood Walk of Fame near Lynn’s star.