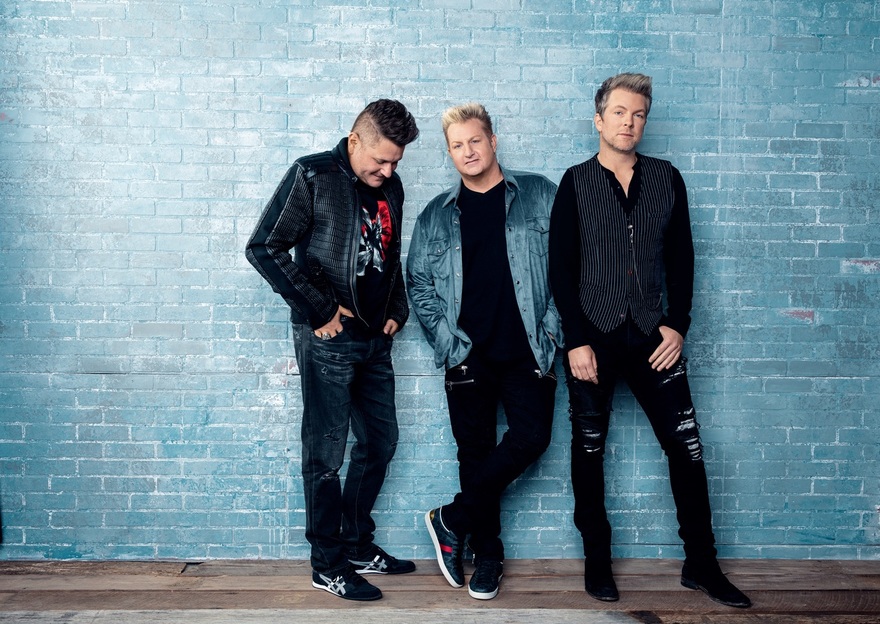 Superstar vocal group Rascal Flatts has been added to the growing list of high-profile speakers confirmed to appear during Country Radio Seminar (CRS) 2020.  Rascal Flatts: 20 Years Of Country Radio Success, is set for 4:00pm (CT) on Wednesday, Feb. 19 at Nashville’s Omni Hotel, and is sponsored by the Country Music Association (CMA) as its annual featured session at CRS. Sarah Trahern,
Chief Executive Officer for CMA, will conduct this in-depth Q&A
with the trio. Together, they will share insight into the trio’s
monumental 20-year journey, as Rascal Flatts broke down boundaries as
true trailblazers in the genre while maintaining a longevity and
relevance that continues to propel them to the top of the country radio
charts.  Prior to the 60-min discussion, Rascal Flatts will also appear
at the Opening Ceremonies to reveal the Country Radio Hall of Fame Class
of 2020.

CRB/CRS President of the Board, Kurt Johnson, commented, “Rascal
Flatts’ indelible mark on Country music for the past two decades makes
this a must-see event for CRS2020. Gary, Jay and Joe Don are among the
greatest legends of our genre, and their stories will be riveting.”

With
seventeen No. One hits, over 23.4 million albums sold, 35 million
digital downloads and 2.2 billion streams worldwide, time and success
have only put Rascal Flatts closer to their core with expert
musicianship, razor-sharp vocals and songs that have shaped lives, loves
and the genre of country music itself. The trio’s Top 20 single “Back
To Life” follows back-to-back chart-topping singles “Yours If You Want
It” as well as “I Like The Sound Of That.” The group has also earned
over 40 trophies from the ACA, ACM, AMA, CMA, People’s Choice and more,
also making them the most awarded country group of the past decade.
Known as one of the hottest-selling touring acts in any genre, Rascal
Flatts has sold over 11 million concert tickets to date.

“2020 is going to be our 20th Anniversary as a band and is a huge milestone for us,” shared Gary LeVox. “Country
radio has been such an important part of our story and so we’re looking
forward to reflecting on where it all began and where country radio
continues to take us today.”

About the Country Music Association:  Founded
in 1958, the Country Music Association is the first trade organization
formed to promote a type of music. In 1961, CMA created the Country
Music Hall of Fame to recognize artists and industry professionals with
Country Music’s highest honor. More than 7,600 music industry
professionals and companies from around the globe are members of CMA.
The organization’s objectives are to serve as an educational and
professional resource for the industry and advance the growth of Country
Music around the world. This is accomplished through CMA’s core
initiatives: the CMA Awards, which annually recognize outstanding
achievement in the industry; CMA Fest, which benefits the CMA Foundation
and music education and is taped for a network television special, “CMA
Fest”; and “CMA Country Christmas.” All of CMA’s television properties
air on the ABC Television Network in the U.S.

About Country Radio Seminar: Country
Radio Seminar is an annual convention designed to educate and promote
the exchange of ideas and business practices in the Country music
industry, with specific emphasis on issues relevant to Country radio.
Country Radio Seminar 2020 is set for Feb. 19-21 at the Omni Nashville
Hotel, and will be held at the Omni Nashville Hotel. Registration for Country Radio Seminar is currently $599 per person and is available for purchase at www.CountryRadioSeminar.com.  Additionally, CRS host hotel, Omni Nashville, is accepting reservations.For more information, visit www.CountryRadioSeminar.com, and follow CRS on Facebook, Twitter,and Instagram.  Additional information can be obtained by calling 615-327-4487.