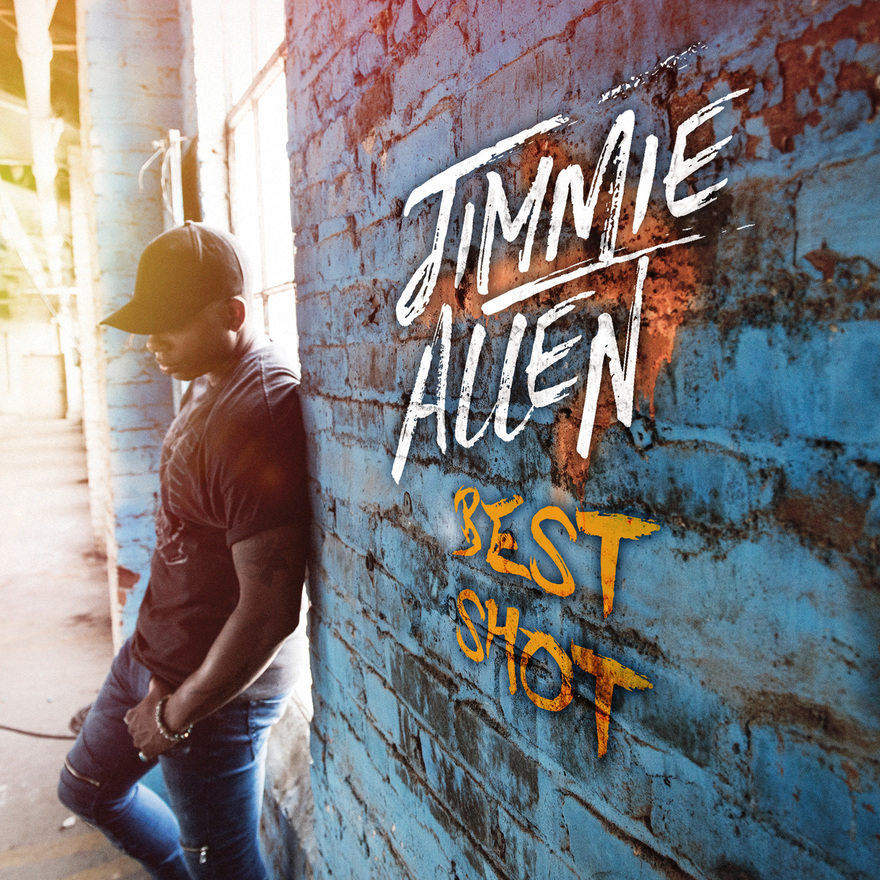 Everybody’s
“Artist to Watch” Shares Journey from Childhood to Streaming Success in
New Docu-series, “Jimmie Allen All In” Premiering Exclusively on Taste
of Country

NASHVILLE, TN (February, 1 2018)—Stoney Creek Records announces Jimmie Allen’s eagerly anticipated debut single “Best Shot” which will be impacting Country radio on Tuesday, February 20.
In addition to sharing his first single and embarking on an extensive
nationwide radio tour, Allen is also telling his story to the world with
a brand new docu-series “Jimmie Allen All In.

”The
six-episode docu-series lets fans get to know Jimmie as an artist and
as a person. The first three episodes of his docu-series, “Jimmie Allen
is a F#@!ing lunatic!,” “$21 & a Dream,” and “Slower Lower” are available here. Taste of Country exclusively debuted the episode “All I Had Was Hope,” noting “Jimmie may be the most feel-good story since fans learned of Shania Twain’s hard luck upraising.” The site will premiere the final two episodes in the following weeks (February 7, February 14). Visit Taste of Country next Wednesday for the latest on “Jimmie Allen All In.”

The
hot newcomer burst onto the scene after dropping his EP in October,
instantly winning over music lovers with his cutting-edge melodic mix of
Country and rock, soulful groove and heartfelt lyrics. Fans on digital
streaming players took notice, quickly pushing Allen to the top of the
players’ Country music playlists and beyond. His feel good “Blue Jean
Baby” reached #8 on Spotify’s Viral Top 50 list, proving his cross-genre appeal.

“I’m
so excited to share my music with the world and let people get to know
me and I feel like ‘Best Shot’ is a great intro to that because it is so
personal,” said Allen. “It was inspired by advice that my grandmother
always gave about women and how they just want to know that we care and
that we’re trying—her words always stuck with me. At the end of the day,
I just want to make my grandmother proud, she was my everything.”

ABOUT JIMMIE ALLEN:The epitome of the phrase “persistence pays off,” Jimmie Allen laid it
all on the line to make his dreams a reality. Now signed to BBR Music
Group’s Stoney Creek Records, Jimmie Allen released his self-titled
debut EP (10/2017) featuring a cutting-edge mix of country, rock,
R&B, and pop produced by Ash Bowers and Eric Torres.

The
Southern Delaware native’s talent for songwriting is undeniable, having
written a song that was featured in a Super Bowl commercial and
appeared in a Diet Coke ad with megastar Taylor Swift. “Blue Jean Baby,”
off his debut EP, immediately caught the attention of country music
fans and critics alike with its soulful groove— rocketing it to #8 on
Spotify’s Viral Top 50 chart and #5 on Spotify’s Wild Country playlist.
Allen is currently introducing his music across the country sharing the
stage with the likes of David Nail and superstar Toby Keith. The hot
newcomer has already been heralded as one of the top “artists to watch
in 2018” by Rolling Stone, Billboard, Pandora, Sounds Like Nashville, NY Country Swag and Country Music Rocks and has earned spots in CMT’s “18 for 2018” Listen Up program, Bobby Bones’ Class of 2018.