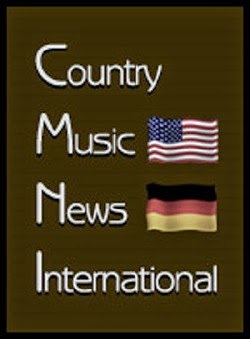 But despite his many accomplishments,
For Once and For All, recorded during his last year and released by I.R.S.
Records Nashville on July 15, is only the third album of his career.

Clement’s longtime studio
engineer Dave “Fergie” Ferguson and co-producer Matt Sweeney agreed that he
needed to leave behind one last audio testament. “When I talked to him about
doing it, he lit up,” said Ferguson. “He wanted to do it. And he put his heart
into it. Jack was pretty bored, you know. He’d been sick. I think that when
he was recording, it took his mind off the things that were going on. I think
he figured out that this was his last record.

“Sometimes he was too weak or in pain or needed to
rest,” Ferguson continued. “But when different people would come in to add
their parts, Cowboy would just come to life. Dan Auerbach (of The Black Keys)
came in and played guitar. When John Prine came in, that’s one of the days that
stood out. Cowboy would really perform for John. T Bone Burnett would come over,
just to be with Jack and play guitar and be a part of it.”

A couple of months later, in April
2013, there came another milestone, as Clement, Bobby Bare and Kenny Rogers were
announced as the newest inductees into CMA’s Country Music Hall of Fame. “When
I saw that it was going to be Cowboy and me, I got really excited,” said Bare.
“At the same time, I pretty much knew that he wouldn’t make it to the induction.
But he was there (at the announcement). Cowboy was a little weak, but he knew
he was going into the Hall of Fame.”

In his last months, a long line of artists came to
pay respects to Clement and join in on his final sessions. Supporting his performances
are Dierks Bentley, the Del McCoury Band, Joey Miskulin of Riders In The Sky and
Stuart. Singing daughter Alison Clement is in the cast, as are two of his protégé
producers, Garth Fundis and Allen Reynolds.

Clement’s fellow Country Music Hall of Fame members
Bare, Vince Gill and Emmylou Harris are on the album. So are his fellow Nashville
Songwriters Hall of Famers Rodney Crowell, Dickey Lee and Prine, as well as Gill
and Reynolds. Adding to the album’s luster are contributions from Rock and Roll
Hall of Famers Duane Eddy and Leon Russell … and many more. Even after Clement’s
death, his buddies continued to add their voices and instruments to For Once and For All.

As Ferguson put it, “I
promised him I would finish it.”