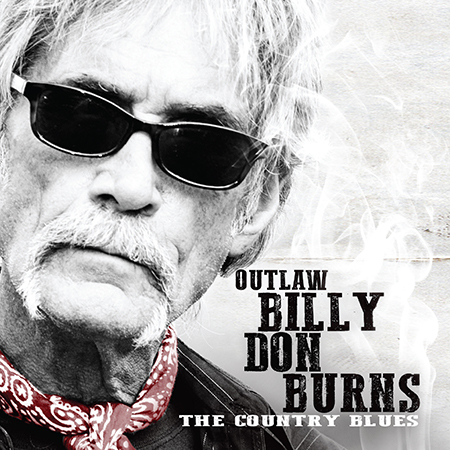 Country Rewind Records has announced a new project, Outlaw Billy Don Burns, The Country Blues, available on March 15 with distribution by Select-O-Hits.
The new recordings will also be available for streaming and download on
all digital music platforms including Apple Music, iTunes, Spotify,
Amazon Music, Google Play, Pandora and more.

“It is a great album, Billy Don sounds great, as he always does. The
songs are fantastic. He sings about the truth and hard times, but he
tells a tale of warning and a tale of heart with this album,” exclaims
Shooter Jennings. “Long live Billy Don Burns and his very important
place in the history of Country and Western Music.”

3. No Shortage Of The Blues (Billy Don Burns/Mack Vickery)

8. You Lied Our Love Away (Billy Don Burns/Hank Cochran)