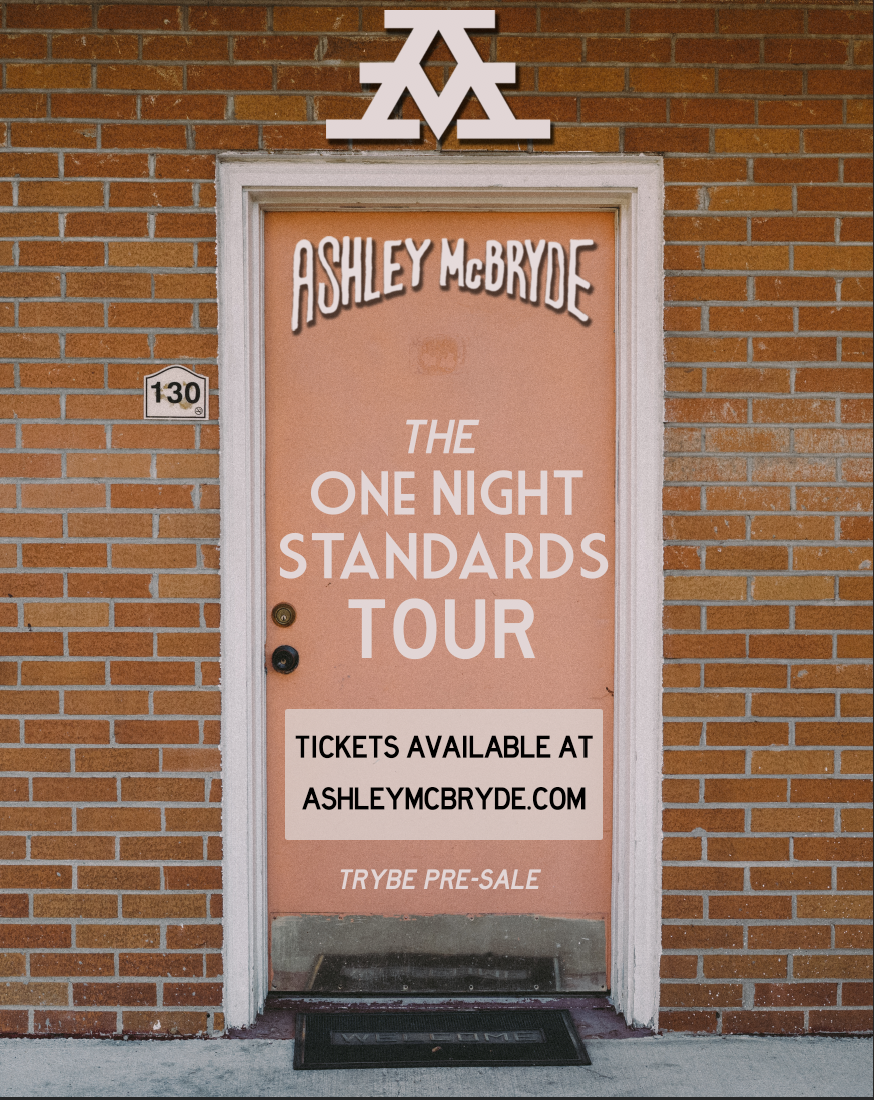 In 2017 The Washington Post noted Ashley McBryde’s “blue-collar storytelling and straightforward singing set her apart” and NPR’s World Cafe
opined, “after a decade of being the best unknown performer in those
dive bars, it’s all paying off.” Fast-forward to March 2018, The New York Times dubbed Girl Going Nowhere a “vivid and accomplished major-label debut,” later including it on the year’s ‘best of,’ and in April the Los Angeles Times raved
McBryde “is making country music without a safety net.” Her album
sparked appearances on CBS’ coveted Saturday morning stage (later
garnering an Emmy nomination for the performance), The Tonight Show Starring Jimmy Fallon, Jimmy Kimmel Live, Late Night with Seth Meyers and more. It was a whirlwind two years for the Arkansas native.

“After nearly a decade playing, driving to any gig I could, I don’t know how to describe it exactly, it just felt different –
like things were about to change,” reflects McBryde. “On the road, in
writes around town … I didn’t know it could get any better than that. Well, I was wrong!”

In 2019 McBryde earned a GRAMMY nomination for Best Country Album and
was named ACM New Female Artist of the Year, CMT’s Breakthrough Video of
the Year winner and CMT Artists of the Year’s Breakout Artist of the
Year, culminating with last week’s major win as the Country Music Association’s New Artist of the Year.

“I once had the pleasure of playing a tribute show for Mr. John Prine
and the next day he shook my hand and he said, ‘you’re real good, you’re
no Reba, but you’re real good.’” recalled McBryde as she accepted honor
of CMA New Artist of the Year. “I cherish those little moments that are
like that, that are truth and guidance from voices that we respect and
admire. And I’m thankful for that and for this. And for the opportunity
to step up. Thank you.”

Fans can see more of McBryde on her newly announced 2020 One Night Standards Tour.

“One Night Standards,” produced by Jay Joyce, is the first taste of
what’s to come from Ashley McBryde’s highly anticipated sophomore album
for Warner Music Nashville. Since its release this fall the lead single
has garnered over two million streams. Lauded by The New York Times as
“an alluringly flexible singer, fluent in classic country, blues and
Southern rock, with a voice that moves easily from tender to tough,”
McBryde caught the attention of some of Nashville’s most raucous
entertainers, landing her dates opening for Eric Church, Chris
Stapleton, Luke Combs, Little Big Town and George Strait. Currently, she
is on the road with Miranda Lambert’s all-female Roadside Bars & Pink Guitars Tour
for select dates alongside Elle King and Maren Morris. Earlier this
year, the Arkansas native earned an ACM award for New Female Artist of
the Year in addition to CMT’s Breakout Artist of the Year, as well as
GRAMMY and Emmy nominations for performances around Girl Going Nowhere, and most recently received her first-ever CMA award for New Artist of the Year. For tour dates and more information, visit AshleyMcBryde.com or follow her on Facebook at www.facebook.com/AshleyMcBryde, Instagram @ashleymcbryde and Twitter at @AshleyMcBryde.