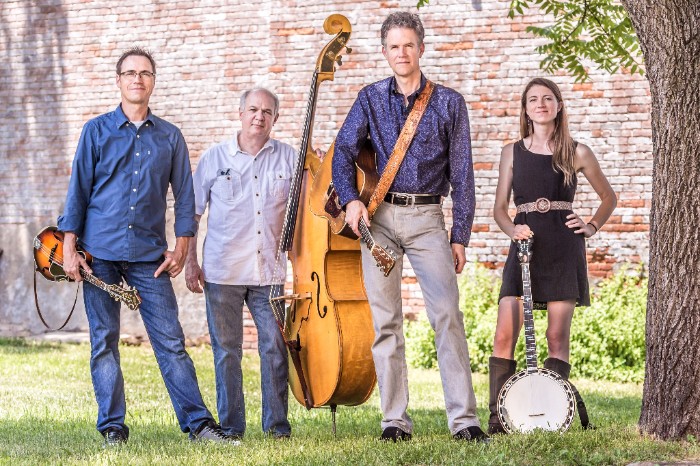 The World —  The troubadour. The minstrel. The wandering musician peddling tunes from town to town, sharing tales old and new.

It is the age-old story of the touring musician, and it is very much the story of Chris Jones and the Night Drivers. The group is set to release the aptly named Made To Move, (Mountain Home Music Company) on February 10, 2017; a distinctive offering from a truly global band of troubadours.

“I claim three or four home states and one home Canadian province,”
Jones notes. “Our band has members scattered all over the continent, and
we travel the world playing music together.”

In addition to the itinerant Jones, the Night Drivers include Jon Weisberger, who made his way to Tennessee from Ohio and has traversed the globe as a touring musician; Virginia native Gina Clowes; and Mark Stoffel, who makes his home in Southern Illinois by way of his native Germany. Stoffel recently took the oath of US citizenship.

Like the complex individuals who comprise this talented group, the songs on Made To Move
are multi-faceted: an intelligent and introspective blend of the
traditional, contemporary, meaningful, and provocative. There are songs
of hardship and hope, songs that inspire and captivate, and yes, even a
Bluegrass love song that weaves a tale without ending in someone’s
untimely end.

Staying true to the strengths that make The Night Drivers both original
and tenacious, eight of the twelve tracks are written by the band.

“Gone like a lone freight train rumbling through the night. Gone like a
big jet plane trailing out of sight. Gone just like yesterday’s news.”
These are the opening lines to the album’s lead off song “All the Ways
I’m Gone” (Jones/Weisberger). Then comes “The Wanderer,” which takes the
path of the journeyman; a path that is part contemplation, part
pilgrimage. “On my way to God’s great kingdom. Grateful for the road
ahead, grateful for the miles that I have come.” This is the wanderer.

The group offers a new take on the very traditional “Dark Hollow” with a
skillful, mid-track modulation. “Raindrops Fell” and “Living Without”
are from the pen of bandleader, singer, and guitarist Chris Jones. They
both speak of love lost but not forgotten with musical moods varying
from the melancholy to the upbeat. There are four new songs from Jones
and bass player Jon Weisberger, showcasing the diverse lyrical and
melodic range of the dynamic writing duo that has contributed to every
CJND release.

From the drive of “Range Road 53” to the Gospel number “Sleeping Through
the Storm,” and on to the broody but vocally powerful “Silent Goodbye,”
each number contributes to a significant and well-rounded album. The
inclusion of “What the Heck?!” by Mark Stoffel (mando/vocals) and “Last
Frost” by vocalist and banjo powerhouse Gina Clowes demonstrates
excellence and creativity in the musicianship of CJND.

TRACK LIST:
All The Ways I’m Gone
I’m A Wanderer
Dark Hollow
Range Road 53
Raindrops Fell
Living Without
You Always Come Back (To Hurting Me)
Last Frost
Silent Goodbye
Sleeping Through The Storm
The Old Bell
What The Heck?!