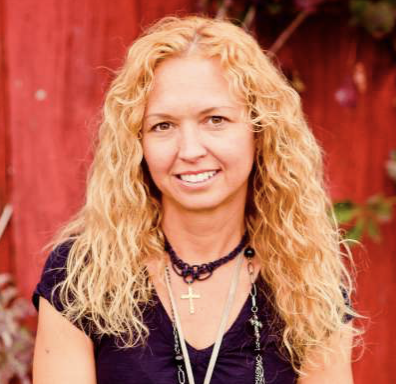 CHERE PEPPER ON THE MEND AFTER DUATHLON TRAINING ACCIDENT

The
title of Chere Pepper’s first single to country radio, “Cowboy Boots,”
says it all. That is her signature look, her fashion weakness and her
last desire as she sings, “I want to be buried in cowboy boots.” But
Chere is propping up her feet without her favorite pair of boots right
now as she heals from a double fracture to her leg.

The
Grammy-Considered singer/songwriter was training for a duathlon (an
intense running/cycling event) in-between shows when she took a terrible
spill from her bicycle at a high speed. Pepper shares, “Lucky that’s
all I suffered, I was going very fast and landed on my head. Thank God
for my helmet.”

Pepper’s
spirits are high though as the bubbly entertainer turned her focus
right back to fans immediately with health updates and live interaction
on Facebook. Chere Pepper is planning to carry-on, even temporarily,
without her cowboy boots. She will be performing live on Facebook this
Saturday, January 26, 2019, at4pm Eastern time/3pm Central time.

And Chere Pepper will also be answering more fan requests. “So many
of my fans have been asking about my producer Gary, so he will be live
with me on Tuesday with an update,” announces Chere. That Facebook Live
event will be on Tuesday, January 29, 2019, at 4pm Easter time/3pm
Central time.

Chere Pepper, the prolific songwriter, is also using this
opportunity to prepare a new single for country radio to be released
spring 2019.

To learn more about Chere’ Pepper and her upcoming tour dates, visit www.cherepepper.com.

Chere’ Pepper is a prolific songwriter and a Grammy Considered
Nashville Recording Artist. She resides in Dansville, Michigan with her
husband and four boys, but travels the country with her unique style of
music that combines her faith and country soul with a playful,
strong-willed spirit.

For Chere’ , music has been a lifelong passion. Chere’ began
singing and playing guitar at age 5, listening to Loretta Lynn on the
radio. She fronted a Country band by age 12. . Since then she has
released 8 Solo Projects, 5 Contemporary Christian Albums, and 3 Country
Pop Nashville Recordings. Her career soared with the 2014 Grammy
Considered “Armor Of God” release.