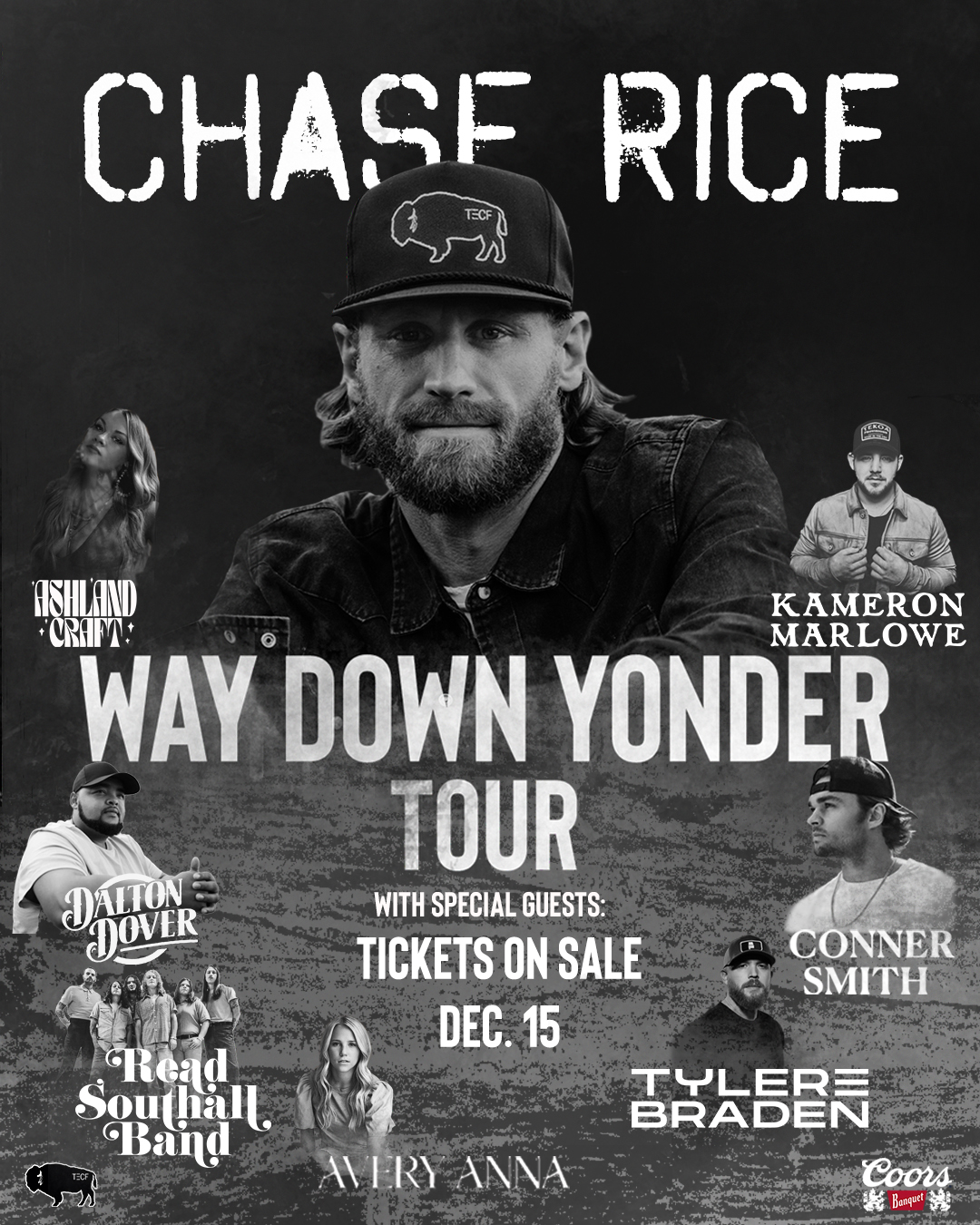 With his just-announced album I Hate Cowboys & All Dogs Go To Hell set to showcase the results of a year off the road spent reconnecting with his passions both musically and personally, multi-Platinum singer/songwriter Chase Rice is ready to bring that sonic return to his roots to fans across the country this spring on the Way Down Yonder Tour.

“I focused on ‘What can I put out that makes me come to life?’,” Rice shared recently with PopCulture of the new music he will debut on this tour. “Because if I come to life when I’m on the stage and up there singing songs that I’m passionate about and love, man, people are gonna love them that much more… I’m at the place in my life now where I just want people to know who I really am as opposed to who they think I am. I think this record’s a good start.”

The tour earns its name from Rice’s latest release off the forthcoming album, outlaw anthem “Way Down Yonder,” available everywhere now along with an accompanying Wild West-style music video. Written by Rice together with Hunter Phelps, John Byron, Blake Pendergrass and Corey Crowder during a writing retreat in Florida that also produced recent release “Key West & Colorado,” the song paints a vivid picture of hardworking characters living beyond the confines of the law:

Way down yonder where the outlaws wander
You can feel that thunder in your bones
Rippin’ hot rod runners under moonlight cover
Just some back glass gunners on the road
Where you buy your bud with your moonshine money
Make your love where the bees make honey
When the cut’s where you’re born and raised
Man it’s in your blood, we were born this way down yonder

“Way Down Yonder” was recorded along with the rest of the forthcoming album during a two-week period at Rice’s farm outside Nashville, with producer Oscar Charles using makeshift recording environment to capture a pure, raw style unlike any of his previous studio projects.

The shift in setting suited the set of more vulnerable, personal music from the man Billboard celebrates as “having storytelling details tumble from his lips, his portraits created quickly and efficiently,” with CMT noting, “The vocalist worked day in and day out to find the courage to knock down the wall he had kept up his entire career. Once he demolished the barricade holding him back, he left his heart and soul on the writing table.”