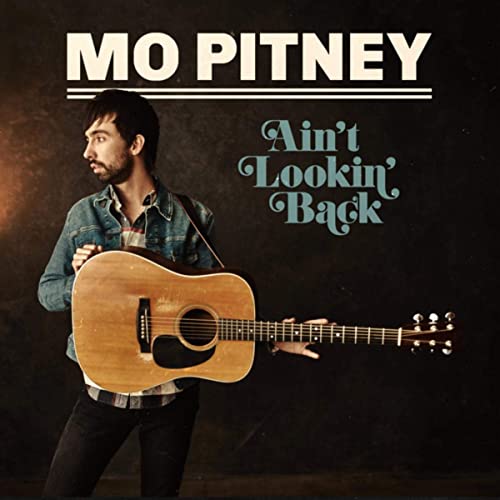 Mo Pitney may have burst onto Top 40 country
radio with his debut single “Country,” but the Cherry Valley, IL native had
already found his audience prior to that with numerous appearances on RFD-TV’s
hit television program Larry’s Country Diner, and when he earned a
standing ovation after an incredible performance of “Clean Up On Aisle Five” on
the hallowed stage of the Grand Ole Opry.

His refreshing, traditional branded style
of country music immediately placed him into a category alongside modern
traditionalists such as Joe Nichols, Easton Corbin, William Michael Morgan,
etc. and he’s continued staying true to himself with each subsequent single release;
“A Boy & A Girl Thing,” “Come Do A Little Life,” and his brand-new single,
“Ain’t Bad For A Good Ol’ Boy” – a song which first appeared on the soundtrack
for the Netflix series The Ranch, but also gives us a taste of his
sophomore album that’s tentatively due to be released later this year (2020).

The laid-back, summer-tilted feel of the
guitar pulls you into the mid-tempo melody and sucks you into the song’s intro,
before giving way to Pitney’s irresistibly rich vocals that wrap around you as
he brings you straight into a lyric that pulls from his everyday life to sing
all about appreciating the simple things you’ve got.

Transparently admitting, but also
setting the directive for the remainder of the song, Pitney sings the opening
lines, “I ain’t the product of a trust fund, far as money goes I ain’t got
much.”

He continues using stark imagery of his
worn out material things, such as describing his truck as old and rusty, to
further enhance the picture he’s painting of appreciating what’s most
important; the life that he and his wife Emily are sharing together.

He sings of how her being beside him in
the old, rusty truck makes it shine like new, how they have a roof over their
heads, a bird dog on the front porch by the screen door, bacon frying in the
pan and cakes on the griddle. He then uses the second verse to describe her as
grace in holey blue jeans, having a face made for the movies, but most
importantly, how having her love is all the money he needs.

Mainstream country radio is currently in
a place that makes it tough for artists who walk on the more traditional side
of things to squeeze their way in, but that doesn’t mean it can’t be
accomplished. Country music has always been about great songs that deliver lyrics
which are instantly relatable to the listener’s everyday life. Pitney more than
achieves that goal with “Ain’t Bad For A Good Ol’ Boy,” and he masterfully
wraps it around an ultra-catchy feel that’s built for radio airplay as it keeps
you invested and

tapping along with its groove.