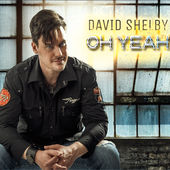 David Shelby – Oh Yeah
I will admit I knew nothing about David Shelby and his music
until the other day, and I must say I am pleasantly surprised, to say the
least!! With his upbeat country soul and blue collar grittiness, and Motor
City, Detroit roots, David has redefined “new country” as his own brand of what
he has coined as Rust Belt Country music.
Born of proud Polish and Russian parents, and as tradition
warrants, David was given both an accordion and a bowling ball at a very early
age. Many hours he would sit playing Toby Keith and Garth Brooks songs on his
squeeze-box while listening to the radio. David states, “My Dad taught me how
to use both the a accordion and the bowling ball. It’s far easier to pick up a
‘split’ with an accordion than with a bowling ball”. David learned the trumpet
as well, but soon realized he was meant to be on stage. He traded his trumpet
for the guitar and a microphone, and he hasn’t stopped since!
Writing his lyrics from the heart, and with his energetic
onstage performances,David has earned himself an incredible reputation as a
Headliner show for many top country music artists. His songs reflect his love
of Nashville and country living. Along with his Detroit grit and grooves, his
good humor and having the heart of a good ol’ country boy while living by his
blue collar roots is what Rust Belt Country music is all about.
The first title track for review is an upbeat sassy song about
a girl with a rocking body that makes men just want to say, OH YEAH!
The second song for review, PODUNK, is my favorite though! With
lyrics like; “…don’t give a flying hillbilly, ….with a houseful of younguns,
gotta baby in her belly and a baby on her hip, little towhead rascal peeing off
the porch, …Bunch of fake flamingos flocking by the ditch, …Backwoods backwards
where your neck is red… Holla if ya is, shut up if ya aint, …. Po Po Po Dunk,
Po Po Po Dunk” hits home for me. Barefoot and pregnant at 18 with a houseful of
kids was what I fought like hell not to become. And it’s especially hard to get
out of any little PoDunk town after having babies at an early age. I’m not
saying there’s anything wrong with it, just that wasn’t what I had in my mind
for my very own future, thus, it hits home for me and my PODUNK town.
The third track, KICK A LITTLE DIRT, is country life at its
best… We all like to relax and enjoy our free time, and some of us even love to
KICK A LITTLE DIRT up when we get the rare chance to dance. MOONSHINE, the
final track provided for review, grabbed my attention with its opening lyrics
of, “Good God almighty, great balls of fire” had me wanting more…more
truthful lyrics that hit home, and the need to hear more of David’s heart and
soul poured out through his writing and his music.
David Shelby, with the soul of a good ol’ country boy, and his down
to earth blue collar, Detroit inspired Nashville lyrics, is one man’s music I
intend to keep my eyes on, and ears out for in the future! Look him up and
check him out for yourself; I’m sure you’ll find a song or two you like, or
maybe even hit home as well.
Y’all have a great week!! Over and out…Penney!
Cc:  Penney Holley,
Country Music News International, 4Dec2016