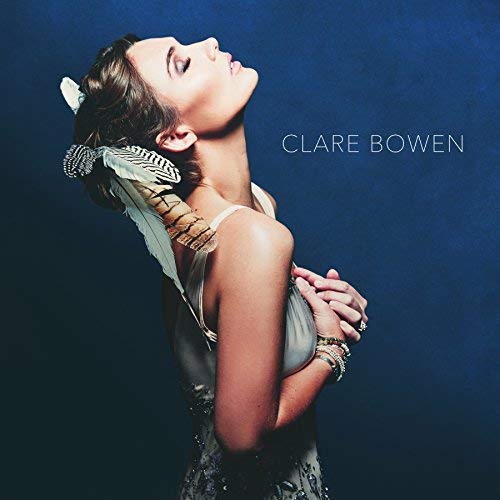 Best known for her leading role as Scarlett O’Connor on the hit TV series NASHVILLE, the 34-year-old Australian actress Clare Bowen returned to the UK just
months after selling out the O2 London with her cast mates (who sold-out three
nights at London’s Royal Albert Hall in 2017). This UK release perfectly
coincided with a run of 9 UK concerts in September (Birmingham, Gateshead, York, Manchester,
Glasgow, Cambridge, Guildford, London & Brighton)

Familiar to Nashies, for the past 6 years Clare has
joined fellow casts members in recording, writing, and performing original
music throughout the duration of the TV drama’s run which came to close this
summer.

For those fans lucky enough to follow the series (after
its move from terrestrial TV channels and ending its home at CMT) some of the
songs on this record will have been known to them. She was therefore able to
weave them into her live set list along with songs recorded for the show.

Having established herself as a
critically acclaimed in-demand actress on both sides of the Atlantic and now
free of the ties of six years of filming for NASHVILLE this eponymous albumproject and concerts enabled her to focus purely on the music
and promotion.

This
debut has been over 5 years in the making which involved a lot of
soul-searching and defining who she was as an artist.As a child, musically
she was influenced from everything from Dolly to Springsteen. It was produced by Brooklyn,
NY’s Josh Kaufman. As a songwriter Bowen is credited on many of the eleven
tracks.

The gentle lead-off single “Let
It Rain” (seeofficial video) with its Americana
flavours received widespread radio airplay both on national and local BBC
stations. Aptly it ended months of the summer drought across the UK.

With its gospel/ hymn-like flavours with
organ stirrings it speaks of the heartache and pain experienced but has a
hopeful and positive message (Can’t have
the high without the low) as darkening clouds disperse and a path to better
future is illuminated.

At over 5 minutes, the longest track on
the album Doors and Corridors has an atmospheric and cinematic feel with
soft steel guitar and a steady beat. It peels back pages to childhood times
both to those beautiful special days and memories to fighting a
life-threatening illness, all without regret, experiences that have shaped her as
the person she is today: All of these
doors and corridors, they brought me right here

Tide Rolls Inhas some
energetic and soulful vibes and is lifted with brass instrumentation. Its
somewhat chaotic mix defines crazy and forgettable past relationships and
lessons learnt.

Aves’ Songis a very
personal track about her best friend refencing to tough times of feeling empty,
shattered lonely and a loss of love:A lone bird left in a cage

It almost has an out-of-body experience that allowed for
forgiveness and after hanging by a delicate thread stepping outside the
darkness to rise up from the ashes of despair.

All the Beds I’ve Madeis a gentle waive-like number where Clare is joined by
her husband Brandon Robert Young on a delightful comforting and romantic duet
where dreams come true from a tangled life to finding a deep love.

Lullabyehas some
lovely colours, delicate strains and depth thanks to the orchestral strings and
harmony.

Sweet Williamhas poetic, folk-like and mysterious qualities. Sailing across
the blue it tells a tale perhaps of a young life lost at sea after a storm
hits.

Lijah & the
Shadowwith its hypnotic dark tones describes her once abandoned horse who she was
unable to ride due to poor health. They both rescued one another and healed
together. The sleeve notes refer to Clare’s 4-legged children (18 pets and
animals) who are all listed in the dedications.

The outstanding Little by Little (co-written with Amy Wadge and Brandon
Robert Young) is a score familiar to her fans first released in June
2017. Another song of hope, full of emotion, about not giving up and taking a leap
of faith.

Grace of God(writers Lori
Mckenna, Stephanie Lambring) has a subtle and breathless ambiance with
heartfelt fine delicate lines where every day is a new experience and simple
things are cherished.

Album bookend Warrior is deeply moving
with raw emotion. Clare dedicates the song to the children in hospital she
knew, friends who never got to grew up. Bowen is a cancer survivor, having battled
the disease between the ages of four and seven. Despite the tears on this
anthemic track with both country and classical leanings it offers
encouragement: Say you’re a fighter /
Turned this battle into a dance

It is relatable to anyone who was felt sadness
be it an illness, feeling lost, isolated but finding the strength to reach out.
It’s probably the track that defines her as an artist.

Her wish for the album was for it to
convey a feeling of belonging, bringing people together, spreading both good
and kindness using her platform to tell relatable stories, treating people for
who they regardless of physical appearance and to help people spread loveliness
from the inside. She has indeed met and succeeding with these aims!

Musically it has a sameness running
though the tracks and is more something to put on to impress the dinner guests
as background music or for those quieter reflective moments late at night.

Essential Download:  Let
It Rain, All The Beds I’ve Made, Little by Little, Warrior