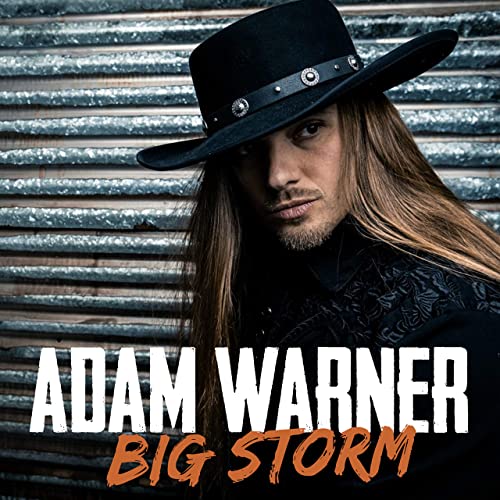 Between Whiskey and Gin 4:10

While chilling to Adam’s songs, I felt that I should have brought a Tennessee Whiskey to accompany me, because that’s the mood while listening to that album, – I guess to every country music out there. I hope while reading the reviews to listen to the tracks simultaneously to feel my descriptions.

with the guitar intro and the crazy lyrics for his ‘worse-than-Katrina hurricane’ that messed up his life. A dynamic song, that amid the storm, hyped me up.

Someone God Can Use,

this one by Adam is leaning towards a more emotional or human side of his, the first ballad-like I heard from him so far. It’s a chill song describing his day and his thoughts while driving his truck, off his way to pay his bills.

As an ex-marine, Adam and with the help of one of his country idols, Trace Adkins, they faithfully dedicate this song to all the Marines out there. With the videoclip as well showing military commitment and some training scenes, I can tell it was a huge part of his life and therefore this makes it more emotional. This song won the awards of 2019 for country music in NY. Generally, I am not sure if I do fancy that beat, but I admire his ‘fide’.

I Love Her, She Hates Me, I Drink,

This title reminds me, for no reason at all, I hate everything about you by three grace, where they hate and love each other. Here we have a ballad, where he is concerned about loving a girl who hates him, and he drinks to shove off his worries. Hope she will, one day, love you back my friend.

Definitely, the whiskey’s somewhere in the cava and for the next song title, I am not sure why he asks to choose between whiskey and gin, as the answer is always – whatever makes you more wasted drink it, so you need no beer to make you leaner. The two alcoholic titles have two completely different styles, as Between Whiskey And Gin is a ballad that reminds him of his days to honkey-tonks and he mentions the battles, and on the other hand Beer Makes You Lean, is a more joyful song. Well, Adam had lots of visits to honkey-tonks, obviously, for making two songs mentioning them.

Here it takes us to a completely cow-boy style; imagine a guitar/ drums intro, you’re back in 1979, and where else? – Yeah, in a honkey-tonk, singing songs and chasing after ladies, while holding fire guns (I imagine in a holster) and trying not to get in jail. Well that typical western thug is nicely described in the song, and I likeeeeee it.

In general, his voice is good, I like his rolls, since the first time I heard him singing, I am personally imagining him to sing rock. I like his songs, it has a nice vibe, and you can tell that he describes some of his experiences, for example while serving, as he mentions his battles, and therefore making it more personal/emotional. I recommend that you listen to that album yourself and try to recreate the image he describes. I am sure Adam will have lots more coming to give to the country world.