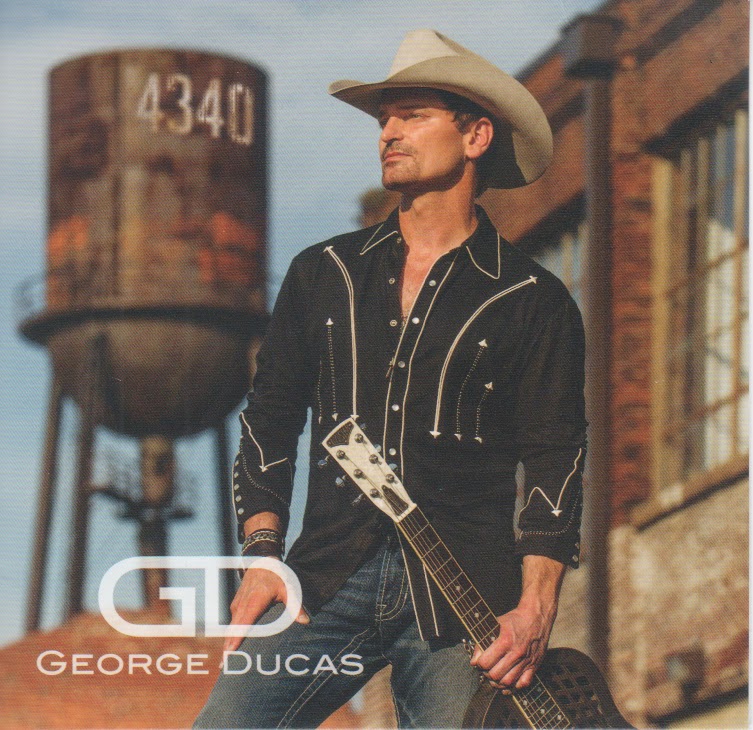 CD Review by Preshias
George Ducas is back with a new album
and on a new label (Loud Ranch), his first album release since 1997’s
WHERE I STAND. Ducas’ fans are going to believe that it was worth
the wait.
The new album kicks off in fine style
with the thumping, fist-pumping “Cow Town” co-written by Ducas
and Jim Beavers, rooted in the raucous honky tonks and roadhouses of
Ducas’ native Texas. Sure to be a dancehall crowd pleaser, “Cow
Town” is the first single from 4340 and became an immediate hit in
the Lone Star State, quickly climbing into the Top Ten on the Texas
Music Charts. The full album is scheduled for release October 29,
2013.
In a similar vein is “Gimme Back My
Honky Tonk”, in which Ducas praises the benefits of places that
still offer two-for-one cold beers and a bucket of peanuts. Instead
of tablecloths and fru-fru drinks, he wants a honky tonk with “a
jukebox and a country song.” Yeah!
4340 also includes “Love Struck,” a
song that Ducas has been performing at live shows for a couple of
years before finally including it as a track on a recorded project.
True Ducas fans will recognize the song and happily sing along with
lyrics such as: “Short skirt, tank top, Tony Lamas/ Oh man, I
better call my mama…”
But there are ballads here, too,
including “This One’s Gonna Hurt,” a song that Ducas admits is
a “heartbreaker.” And he describes “Your Song,” the final
cut on the album, as: “pretty personal in that it is an
introspective look at who I am and my desire to be better (or to have
been better) than who I am.”
Ducas’ songwriting chops are evident
on this album, with solo or co-write credits on all 12 tracks. And
his co-writing partners are no slouches either, including the likes
of Radney Foster, Jason Matthews, Keifer Thompson and Jon Henderson.
In fact, he may have been away from a
recording studio for a while, but he has kept busy as a songwriter
with several major country hits, such as Sara Evans’ No. 1 “Real
Fine Place to Start,” Josh Thompsons’s “Won’t Be Lonely
Long,” The Eli Young Band’s “Always the Love Songs,” and
more.
With 4340, Ducas and some of his best
buds present his fans with 12 tracks that were definitely worth
waiting for.
Standout cuts: “Cowtown,”
“Amnesia,” “Breaking Stuff,” “Gimme Back My Honky Tonk.”
# # #