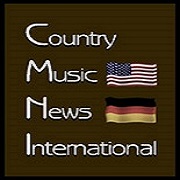 Let’s Shake  3:30 Rockabilly Blues  3:44 Vinyl Records  3:22 Lemme Slide  2:05 Nothing Is a Sure Thing  3:11 What’s Her Name  3:36 Calamity Jane  3:49 The Girl With the Blues In Her Eyes  3:38 Stiletto Cool  3:20 I Should’a Had a V-8  3:16 Blue Lights, Big City  2:08 Cock-A-Doodle Don’t  4:16
Buddy Holly on steroids.  Huey Lewis +++.  Chuck Berry passion. Marty
Stuart himself would be proud of the new cd by Brian Setzer entitled
“Rockabilly Riot”.  All 12 songs are original creations but they’re all
so good you’d swear you heard them on oldies radio sung by Bill Haley
and the like.  The first song, “Let’s Shake” is high energy good time
rock & roll leaving you wondering if the best song came first but the
second song, “Rockabilly Blues”, has you tapping your toe again and now
you’re in semi disbelief.  The next five songs keep bringing you in
until it’s all like a semi blurr of great great good time toe tappin’
music.  The pace finally lets up, tho the passion increases on song
number eight, “The Girl With the Blues In Her Eyes”.  Wow!  Song number
twelve, the final song on the cd is my favorite, “Cock a  Doodle Don’t”,
a fun and energetic look at how barn yard failure relates to bedroom
problems with lines like “I’ve got a hen that lays hard boiled eggs, and
then there’s the pig that’s just a ham on four legs” followed by “I cock
a doodle do and you cock a doodle don’t”.  This song should be played on
every pop radio station from Phoenix to Shanghai.  CDs repeat on normal
auto cd players so the bedroom flop story “Cock a Doodle Don’t” is
followed by “Let’s Shake”, the first song, making a perfect segue from
last song to first.  If you want to stay awake and happy while driving
from Los Angeles to San Francisco or Munich to Paris, “Rockabilly Riot”
is definitely the cd for you.