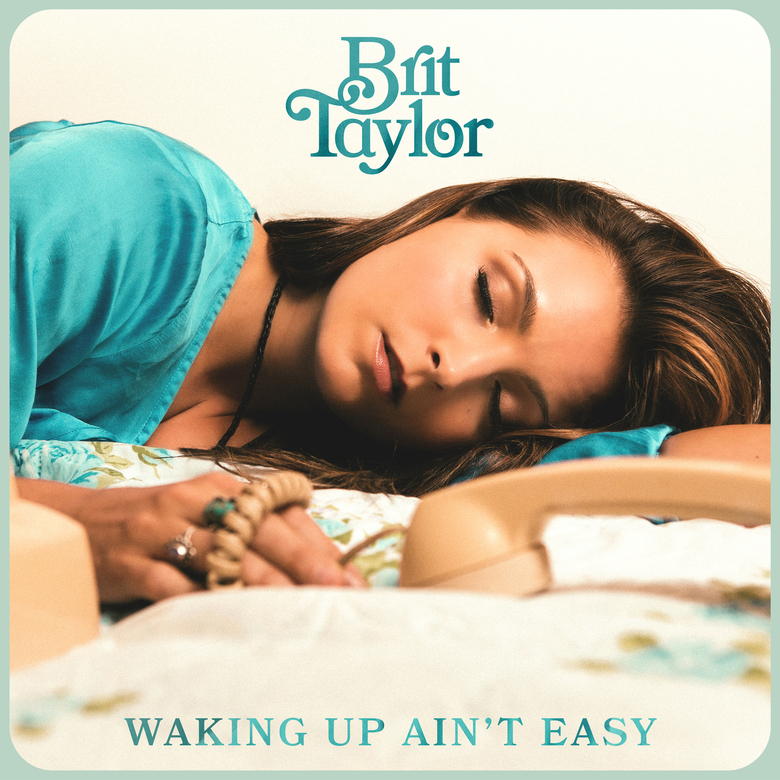 Traditionalist
and Americana singer/songwriter Brit Taylor released her debut solo
single “Waking Up Ain’t Easy,” produced by Grammy-award winning Dave
Brainard, on Friday to critical acclaim including praise from music
iconic historian Robert Oermann and Billboard.  The steel
guitar-drenched laid back tune that hits traditional country notes
(Billboard), captures life and pain with poetic ease and plain honesty.
Brit joined with Brainard to blend traditional roots with trippy steel
guitar and spacey strings, creating a sound and a song that takes the
heart to a place where emotions are faced head on.

“I think if
longing had a sound, ‘Waking Up Ain’t Easy’ would be that sound. I
wanted it to sound timeless and classic both lyrically and musically,”
explains Brit. “I wanted people to be able to insert their own story
into the song.”

Brainard adds, “The melancholy song is starkly
simple while embracing the complexities of love, loss and depression.
And Brit Taylor, with a sensuous sound and a tear in her voice, brings
comfort to anyone mourning a loss by simply letting them know they
aren’t alone in their sadness or their depression,” adds Brainard.

“Writing
this song was a turning point for me,” adds Brit. “‘Waking Up Ain’t
Easy’ made waking up a little easier.  It gave me hope. Like the pain I
went through had a purpose.”

This
single is from a collection of songs that Brit created with Dave
Brainard and Dan Auerbach (The Black Keys). It’s slated for release
later this year.

About Brit Taylor
Brit
Taylor is an emerging traditional voice in country music that writes and
sings songs written from her heart, that creep into the soul, and that
soothe in the deepness of sleep. She combines her sultry voice with the
richness of her beloved strings to tell stories of love and longing, of
despair and hope.  Her music tells stories of everyday life.

Following
high school graduation, she packed her bags and her dog and headed to
Tennessee to pursue her music career.  Four years later, with a college
degree in music business in hand, she transitioned her college
internship into a four-year publishing contract with Cal IV (now Spirit
Music). Her time at CALIV/Spirit was spent learning from the best. Brit
wrote with numerous hit makers like Marcus Hummon and Phillip White.

However,
in 2017 life hit Brit hard. Brit’s life’s storms are just what she
needed to set her back on the track she was intended to be on. She
decided it was time to make the music she heard in her soul.  After 10
years in Nashville, she decided to start over as a solo artist, and she
quickly realized it was the right decision for her.  Recognizing her
talent and successes, top professionals welcomed the opportunity to work
with her.

She joined with Nashville legendary
rock-star/producer Dan Auerbach and together they penned eight songs.
Dave Brainard, the highly acclaimed Grammy-nominated producer, made her
dream and the songs a reality.  Her highly anticipated first solo single
“Waking Up Ain’t Easy” combines the emotional keenness of her
songwriting, her sultry voice and superb musicianship was released on
June 5th. With songs that are written from her heart and vocals that
pour from her soul, Brit Taylor is one of country music’s most exciting,
emerging talents. When Brit Taylor sings, it is the heart that listens.