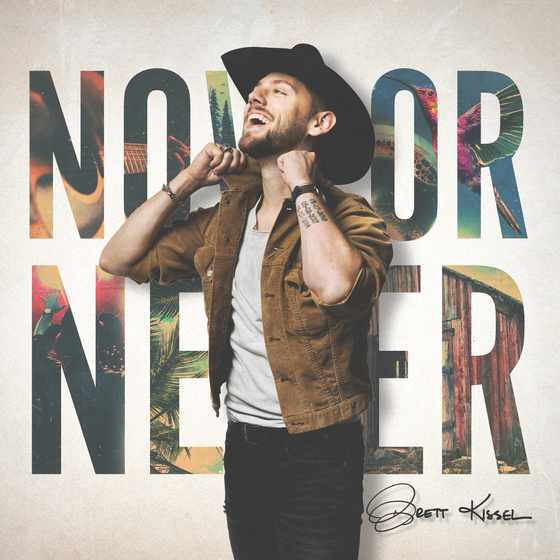 Brett Kissel Set to Kick Off 2020 with the Release of New Album, Now Or Never

Just months after his stateside debut with the release of “Drink About Me,” award-winning Country artist Brett Kissel is preparing to ring in the New Year with what he marks as the most exciting body of work he has ever created. His new album,Now Or Never,will be available worldwide on Jan. 1, 2020.

The Canadian superstar launched in the U.S. this Fall with the release of the first single from his new album, “Drink About Me.” The song was released in tandem with a music video that features Bachelor Nation fan favoritesKaitlyn BristoweandJason Tartick(view here). The video premiered onEntertainment Tonightand garnered attention fromPEOPLE Magazine,OK! Magazine, Bustle, E! News, Access Hollywood, US Weekly,among many others. The music video has received significant airplay onCMT Music,and the song garnered over 2.5 million streams within the first month of release. The track has also been featured across editorial playlists including, Spotify’sNew Boots,Wild Country,Breakout Country,andNew Music Nashville,Apple Music’sBreaking Country,Future Hits,andLight My Fireand Amazon Music’sFresh Country.

Following the success of his first release stateside, Kissel is looking forward to releasing a full-length project in the U.S, which he has poured his heart and soul into.Now Or Neveris representative of this time in Brett’s life as he balances his career as one of the top acts on the Canadian Country music scene while working to establish himself as an artist in the United States.“This album symbolizes where I’m at in my life right now. It’s time to risk it all. It’s time to raise the bar. I’m not waiting for tomorrow,”Commented Kissel.

Produced by Bart McKay, Jacob Durret and Brett Kissel,Now Or Neverbreaks new territory for Kissel with upbeat Pop-Country tracks such as “She Drives Me Crazy” to stripped-down heartfelt tracks such as “Coffee With Her,” which Kissel drew inspiration from the infamous Johnny Cash quote,“This morning, with her, having coffee”(when asked his description of paradise). It is clear that Kissel is heavily influenced by his loved ones as he continues to give fans and listeners an inside look into his life through his music.“My wife and my kids are the lifeblood of everything I do. The “C” tattooed on my hand for Cecilia, and the three birth dates on my arm mean everything to me. This album is for them, and it’s something I hope they can look back on with pride when they’re older,”added Kissel.

The artist has big plans for 2020, which will include tour dates in the U.S., the release of more singles and music videos, and exciting collaborations.Kissel commented,“People have asked, and I know they will continue to inquire about what’s different this time around. For me, everything is. The process, the mindset, and mostly my confidence. All in all, I just wanted to destroy the box of what I thought was possible for a Country record, and I am so excited for what’s to come.”

About Brett Kissel:As one of the top acts on the Canadian Country music scene, Brett Kissel is on the brink of becoming a household name across the United States. Having toured with artists such as Garth Brooks and Brad Paisley, the young entertainer is no stranger to the stage, and just last year he completed two legs of his headlining tour, which was marked as one of Canada’s most extensive tours, selling out venues and reaching nationwide status. Earlier this year, Kissel was awarded a Gold record for his smash single “Anthem” (his seventh Gold record) and a “Double Road to Gold” plaque by CIMA, where he was one of the few artists to qualify in the 12-month eligibility period, for his massive 2018 “We Were That Song” tour that saw him perform over 110 dates in every province and territory in Canada. Kissel recently took the lead as one of the most nominated acts for the 2019 CCMA Awards, where he took home the award for 2019 CCMA “Apple Music Fans’ Choice,” making it his 14th CCMA win. In early 2019, Kissel was awarded the Juno award (equivalent to a GRAMMY) forCountry Album of the Yearfor his album,We Were That Song,which was the second Juno win for Kissel, who won in 2014 for “Breakthrough Artist of the Year.”These are just a few of the artist’s many achievements thus far. For more information on Brett Kissel, visithttp://www.brettkissel.com/and follow him onFacebook,Twitter, andInstagram.