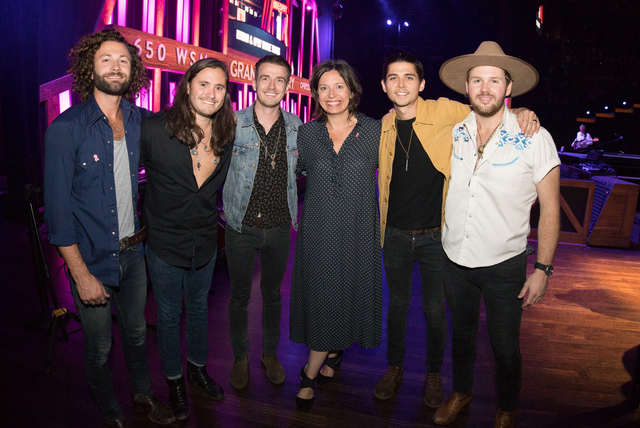 NASHVILLE,
TN – Oct. 25, 2017 – Emerging Sony Music Nashville band LANCO made
their Grand Ole Opry debut last night (10/24) during the ninth annual
“Opry Goes Pink.” The five-man band received a standing ovation after
offering up a performance of “Trouble Maker” off their self-titled EP, a
medley of Alabama’s iconic hits “Dixieland Delight” and “Song of the
South” along with their Top 10 single, “Greatest Love Story.” Adding to
the band’s night of career firsts, LANCO was surprised with the news
that “Greatest Love Story” has been certified GOLD by the RIAA for
selling over 500,000 units, and it immediately shot to the No. One spot
on the iTunes Country Chart as they walked offstage.

“It
was an honor to make our Grand Ole Opry debut during such a special
night and take the stage that is the original home to the entire country
music genre,” said lead singer Brandon Lancaster. “Since I was
six-years-old I remember sitting in those pews and seeing acts like
Alabama so to have our families out there watching us was a full circle
moment.” 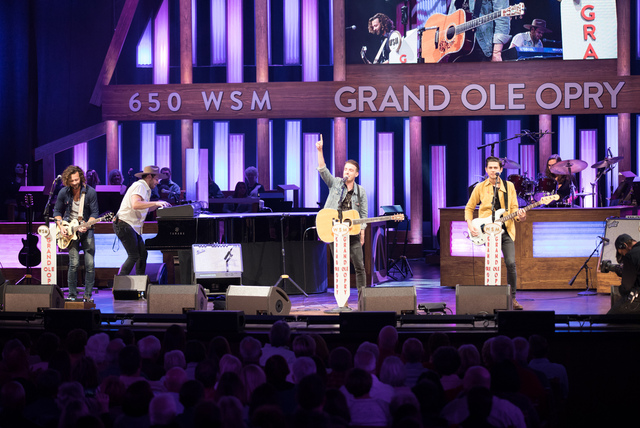 LANCO
has built a groundswell movement behind “Greatest Love Story,” with
Lancaster as the sole songwriter. It has been 10 years since a country
artist/writer has penned a chart topping hit alone as a look back in
time to the early 2000’s reveals that the last artists able to make that
claim are Taylor Swift (“Our Song”), Zac Brown (“Free”) and Jennifer
Nettles’ (“Stay”). That success has propelled Lancaster to the No. One
spot on the Top 60 Country Songwriters Chart for three
consecutive weeks, based on streams, sales and airplay and he continues
to serve as the only artist to earn that honor in 2017.

As
a native to the Nashville area, Lancaster’s truly authentic style has
resonated with fans through LANCO’s self-titled debut EP, which can now
count more than 60 million streams. The band recently wrapped the
recording process behind their debut album with award-winning producer
Jay Joyce (Eric Church, Cage The Elephant, Little Big Town), which is
slated for release early next year. Named as “the band to watch” by Bobby Bones, CMT, Entertainment Weekly, Rolling Stone, Spotify and more, LANCO gained their status from touring the country’s top festivals including Bonnaroo, Lollapalooza, Austin City Limits, Watershed, Faster Horses
and more. They will head out on the road in November serving as direct
support for Dustin Lynch. For more information on LANCO and upcoming
tour dates, visit www.LANCOMusic.com.