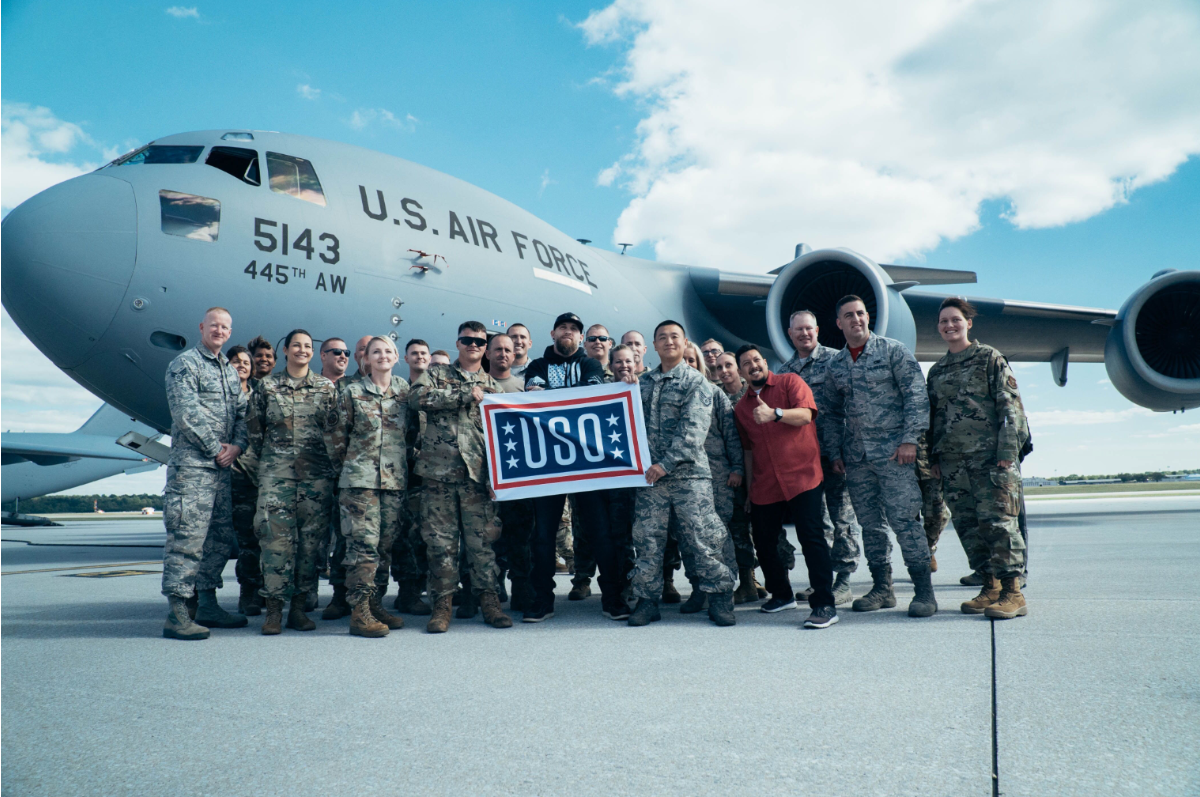 With his new album Fire & Brimstone hot off The Valory Music Co. presses, Georgia boy and modern-day outlaw Brantley Gilbert
heads to New York today for multiple media appearances and
performances. Tonight at 7 PM, Gilbert kicks off the week with the
“iHeartCountry Album Release Party with Brantley Gilbert,” an exclusive
performance and Q&A at the iHeartRadio Theater NY.  Fans can tune
into a 60-minute live video stream on LiveXLive. The event will also broadcast live on iHeartMedia’s Mainstream Country radio stations at 7pm local time.

Tomorrow (10/8), Gilbert will appear for an early morning performance on Fox & Friends. Tune in to see Gilbert performing the new BG Nation anthem “Fire’t Up” in the 8 a.m. hour (simulcast in all timezones).

Gilbert celebrated the release of Fire & Brimstone on
October 4 with the men and women on Wright-Patterson Air Force Base in
Dayton, Ohio. Gilbert spent the day touring the base and meeting
different units while learning about all they do for our country. Saying
thank you the best way he knows how – Gilbert capped off the evening
with a free concert with the USO for service members and their families
at the WPAFB theater with an hour-plus long performance kicking off with
“Kick It In The Sticks,” “What Happens In A Small Town” and ending with
“Bottoms Up.”

Watch/share the live stream of the concerthere.

His first release in nearly three years delivers Gilbert’s take on love,
family, redemption and life in a small town. Like his previous four
albums, all 15 tracks on Fire & Brimstone are either written or co-written by Gilbert.

With back-to-back platinum albums and a grassroots following millions
strong, Brantley Gilbert has clearly struck a nerve. The Georgia native
who started as the defiant life-of-the-party can still go ‘til sunrise,
but he’s also emerged as something far greater: the leader of a massive
tribe of hard-working, fun-loving believers for whom electric
guitar-shredding, rapping, and twang can go hand-in-hand-in-hand. They
call themselves the BG Nation, and when the BG Nation watches Gilbert on
a stage, they don’t just see a star. They see themselves. Six No. 1
hits punctuate his career: “Country Must be Country Wide,” “You Don’t
Know Her Like I Do,” CMA Awards Song of the Year nominee “Dirt Road
Anthem,” “My Kinda Party,” “Bottoms Up,” and “One Hell of an Amen.”
Gilbert’s landmark record Just As I Am clinched the 2014 American Music Award for Favorite Country Album. Earning praise from the New York Times, NPR, American Songwriter,
and more, Gilbert has mined a rich vein of conflict between the party
and the pew on all of his albums. Instead of toiling in limbo, unable to
enjoy good times for fear of Judgment Day, Gilbert fully lives––rowdy
friend, man of faith, devoted husband, smitten new father––just as he
is. Highly anticipated Fire & Brimstone, out now (10/4/19)
via The Valory Music Co., is Gilbert’s most mature and complex
exploration of his world to date. Following this fall’s Not Like Us Tour and his Second Annual Kick It in The Ship cruise, Gilbert embarks on his Fire’t Up Tour 2020 on January 23 in London, Canada with special guests Chase Rice, Dylan Scott and Brandon Lay. For additional information, visitBrantleyGilbert.comor follow him onInstagramandTwitterat @BrantleyGilbert and onFacebook@BrantleyGilbertMusic.