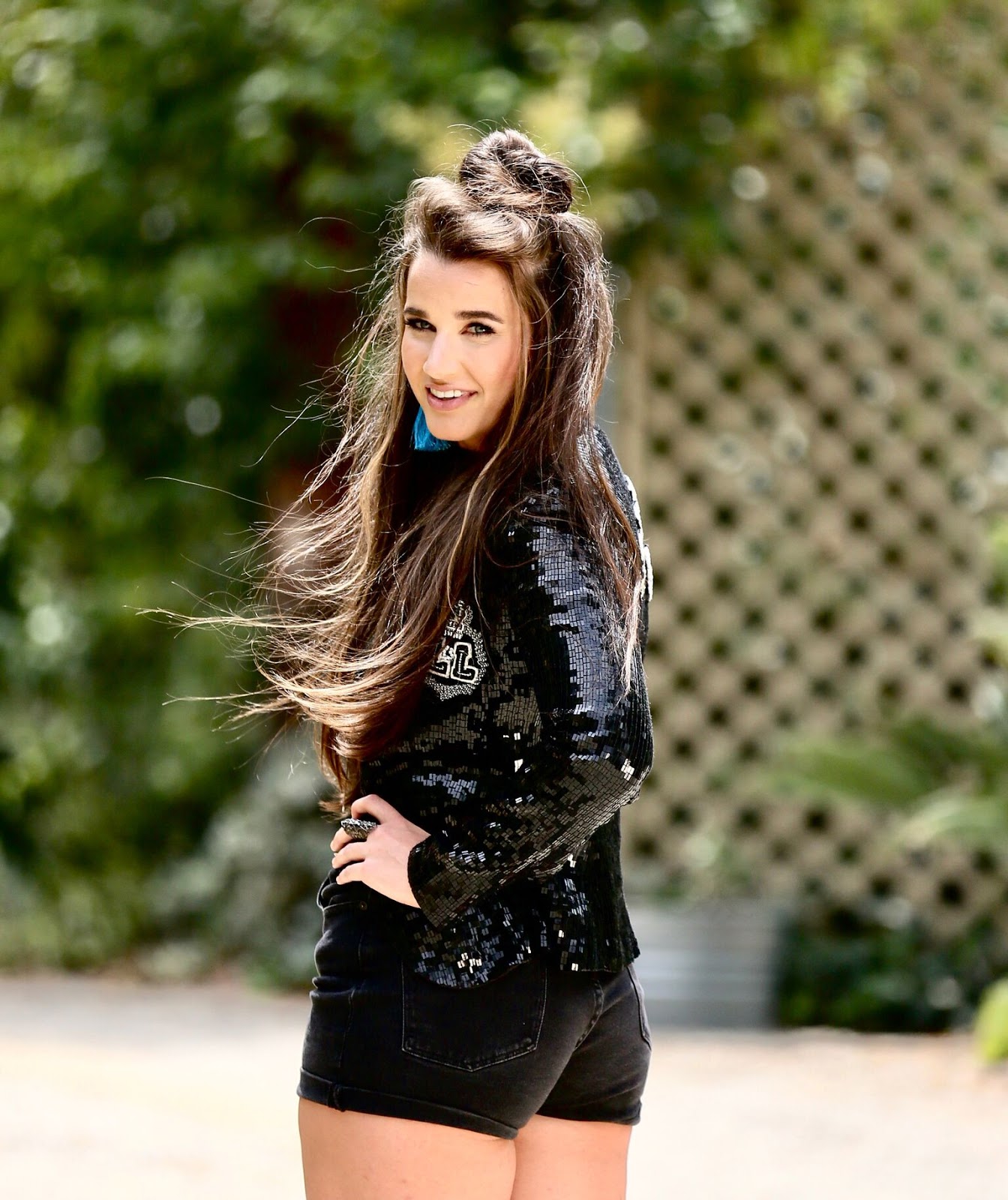 Answer:  I
believe that in order for people to be interested in a song, they have
to be able to connect to it on a personal level.  I feel like this song
is a story in itself, so people are able to put their own characters
into it.  Then there are people who connect with it because it reminds
them of a time in their life, so when they hear it they go back to that
specific time.  I also feel like the production of the song is very
appealing to people who love music.

Answer:  My favorite
song I have recorded is. “You Dont know me but you will” This is a song
I hope to release soon.  I wrote this with Travis Meadows.  The Concept
of this song is based around my move to Nashville.  Nashville is very
intimidating when you first arrive, so we actually wrote it like I was
singing to Nashville as if the city were a person.  Then in the bridge,
its as if the city is singing back to me.  Its just a beautiful song,
and it is very personal to me.

Answer:  I have a ton of musical influence,
but to narrow it down I would say Eric Church and Ryan Tedder.  Church
has paved a way for himself strictly through hard work and perseverance.
I see him as the type of artists that never gave up who he is as a
person, just so people would like his music.  Then Ryan Tedder, I mean,
the guy has written hit, after hit, after hit.  He is so incredibly
talented.  I feel like if I asked him to write a song about my left
shoe, he could write a number 1 hit and call it, “the bottom of my soul”
and it would sell millions. I just am so inspired by him and his
story.

As for my roots,
they run deep.  I grew up in a very musical family.  My uncle was a
well known Texas country artist, and worked with some amazing artists.
My mom plays piano and sings, my dad can sing, my sister sings, and my
brother is a musical genius. In fact my since I wanted to do everything
my brother did when I was younger, he picked up the guitar, so I had to
learn the guitar, and because of that, I now play.

Answer:  Equality in artists.
For instance, women are still fighting to be heard in the country
music  industry.  We are constantly trying to change the way we look,
sound, write, just to be more appealing to people.  We women deserve to
be heard.

Answer:  Playing
live and interviews.  I love being on stage, it is exciting and i get
such a rush from it.  I also love interviewing, I always tell people how
easy it is.  All you do is talk about yourself and your journey, and
who knows you best that yourself.

Answer:  People and life inspire
me, and this is same for the artist question.  Songwriting is such a
release.  I am able to literally put into song what I am feeling, and
what I have experienced.  But a majority of my songs were never inspired
by my own experiences,they were inspired by those around me.  I have
taken some ones else’s heartbreak or loss and written them a song.  I
also have concepts of songs I have not even started yet, from just
things people have said.  They could say one thing and it will click in
my brain as a great concept for a song, and immediately I am in my phone
writing down a few lyrics.

Answer:  I am young, and I have a lot of life to live.  Ive
seen people spend their whole life working a job they hate, and just
being miserable.  God did not create us to be miserable, and God did not
give us talents to just put them up on a shelf.  He gave us a life to
serve, and to help others and love others, and I am going to do that
best through music.  I have a lot to say, and I know it will help
people, so every day I am striving to be better through my writing and
music.

Answer:  The hardest challenge for me is not comparing myself, or my music to other people.  There are tons of people trying
to make it out there. As a woman trying to break into one of the
hardest genres to get into, I have to remember that I have talent, and I
have what it takes.

Answer: My
whole journey is a highlight.  I literally moved to Nashville with no
friends, and no furniture.  I randomly by the grace of God meet two guys
who are interested in doing a project with me.  I take a risk and next
thing I know, I am in the studio.  I have written with amazing people,
Travis Meadows and Tim Nichols, I have met even more incredible people.
Ive had people who believe in me that i have never imagined, Ricky
Skaggs being one of them.  I have been told no, and ive been told yes.
Ive traveled to amazing places.  So this whole journey is a highlight,
and I will cherish it forever.

Answer:  Oh, 100% me.  Always.
I will come off of a performance and rewatch a recording and I will
hear things no one else will hear.  In fact, I had a show that I thought
I sounded terrible at, I was sick, my voice was going out, I was very
discouraged, and when I was done, I had people telling me how amazing it
was, and how I hit every note and I sounded great.  Listening back on
the recording, I do sound good, but in the moment, I was beating myself
up about it.  Its silly to think you could be the only one standing in
your way of making it.

Answer: No, Nothing.
I am where I am because of the things I have been through, the
challenges I have overcome and the things I have lost.  If I changed one
thing, even just a few minutes of time, I could possibly not be in the
position I am in today, and that is something I would never want.

Answer:  My desire
and biggest dream is to one day be on stage, singing one of my songs,
be able to step away from the mic, and the crowd sing every word at the
top of their lungs.  That I am sure, will be one of the greatest moments
of my life.

My hope is to be bigger than my music, music is a huge part of me, but it is not all of me..  I want to be
a role model to people, and love people no matter who they are.  My
hope is that I inspire younger artists and encourage the ones who have
doubt.