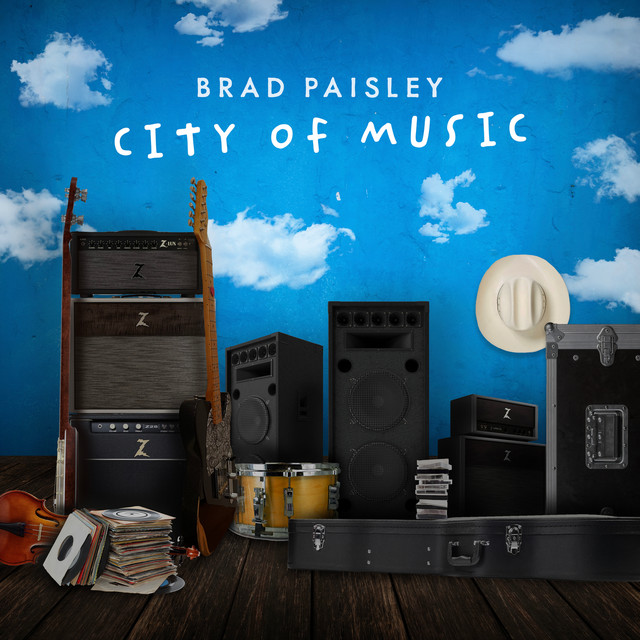 Paisley, born to Doug, with the Department of Transportation and Sandy, a teacher went onto become famous in his neighborhood at an early age. Yes, of course, what else can make you so famous, if not music?

Now, Paisley attributes his interest in music to his maternal grandfather, Warren Jarvis. She is the one who bought him a guitar, a Sears Danelectro Silverstone. Not only did she buy him a guitar but also taught it to him. Who can teach you better than your grandmother, of course!

This beautiful act steered the young boy’s mind right into the direction of music. He began by playing for the church he visited, and his first song, supposed to be on guitar instead of on a piano gave him his first push. When the church adults heard him out, they knew it was going to be him, and they left the stage to this young lad.

From then on, gigs were never a problem for the young Paisley and soon he was singing almost everywhere within Glen Dale. Christmas parties, Mother’s Day events took over his life as he kept on singing from one place to another. Paisley believes small towns can make you famous if that is what you want to be.

He soon made a band when he was 13, with two grown-up friends. In junior high, his principal brought him a break with the local Rotary club meeting. As fate might have had it, that Rotary Club meeting had invited Tom Miller, the program director from a radio station. That took Paisley to Jamboree, USA. Once he got over with the show, they asked him to join the weekly member list. For the next eight years, he performed the opening song for various country singers. He opened many, including The Judds, Ricky Skaggs, and several other well-known country music artists.

But then there came a turn in the road for Paisley who left Glen Dale, West Virginia. It was thought for a complete ASCAP scholarship and he was supposed to attend Belmont University, Nashville. Now, it happened for good for the young growing Paisley who majored in the music business and attained his Bachelor’s degree in business administration from Mike Curb School of Music Business in the year 1995.

Post these degrees, he had an internship to complete and completed his internship with ASCAPS, Atlantis Records, and the Fitzgerald- Hartley management firm. In between this multi-talented individual also wrote songs with Kelley Lovelace and Chris Dubois.

His story from this point transformed to become something bigger when EMI Music Publishing signed him for a songwriting contract for the first time within a week of his completion of the internship. Thereon he wrote many beautiful songs including “Watching my baby not come back,” for David Ball, and “Another You” for David Kersh.

From the year 1999 until now, the man has eleven studio albums and a Christmas compilation.

None of his albums are below gold level and have often been ranked higher by the RIAA. The US Billboard Country Playlist has seen 32 top 10 singles from Paisley and 19 out of these 32 songs have reached the number one position.

What can you say of a man who enjoys the way he walks, so much so that he works to reach where he is now? The man’s journey is still ongoing and he seems to be carving new paths out every day.