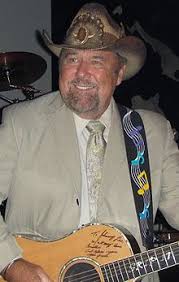 If you could sing it, say it, fight it,
drink it or snort it, Johnny Lee has done it. Unlike many recording artists and
movie stars, Lee doesn’t try to hide it. In fact, he has written a book about
his life, titled “STILL Lookin’ For Love.”

Lee racked up 17 Top 40 country hits in the
early and mid 80s. His 1980 single “Lookin’ For Love” became a crossover hit,
making it to the Top 5 of Billboard’s pop charts and No. 1 on the Billboard
Country Singles chart. Lee’s book takes its title from that smash hit, but fans
also remember other hits such as “Once In A Million,” “Pickin’ Up Strangers”
and “You Could’ve Heard A Heart Break.” He also scored a No. 1 on the Country
charts in 1983 with “The Yellow Rose,” a duet with Lane Brody.

A Texas native, Lee reached a wider public with
the release of the movie ‘Urban Cowboy.’
The movie centers around activities at Gilley’s Club in Pasadena,
Texas.  Lee worked with Mickey Gilley for
ten years, both at the club and on tour. 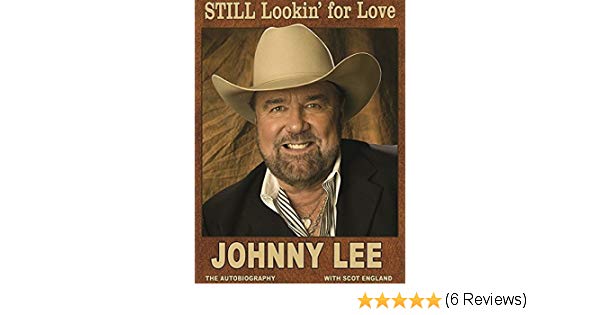 “STILL Lookin’ For Love” is packed with
anecdotes, many of which are very funny. A lot of the funniest involve the
antics Lee got up to with Mickey Gilley and Moe Bandy. In fact, a quote from
Moe Bandy on the back of the book sums it up: “When he first told me he was
writing this book, I said, ‘I know you aren’t putting everything in it!’  Johnny yelled, ‘Yes I am!’ I just shook my
head and said, ‘Oh Lord, we are all in trouble.’”

Lee points out that Gilley’s Club was owned
by Sherwood Cryer, not by Gilley.  Cryer
had a reputation as a ‘shady’ character. He became Lee’s manager and handled
all of his income, only for Lee to discover that somehow all of that income had
‘disappeared.’  That is just one of his
many setbacks that Lee talks about in the book.

The book also includes details of Lee’s
often turbulent private life including his marriages. He was briefly married to
Charlene Tilton of TV’s ‘Dallas,’ and his second wife, Deborah, died following
their divorce after a long battle with prescription painkillers. His son,
Johnny Lee Jr., also died of a drug overdose, prompting Lee to become active in
the fight against the drug epidemic.  Lee
addresses these heartbreaking events unflinchingly in the book.

But the book focuses mainly on the hundreds
of humorous stories that Lee tells about his crazy life, touring with his band
and appearing at Gilley’s Club and in Branson, Missouri.  Many of the funniest stories involve other
Country artists, including Jerry Lee Lewis, Johnny Paycheck, Loretta Lynn, T.G.
Sheppard and Neal McCoy, in addition to Mickey Gilley.

Johnny Lee’s autobiography, “STILL Lookin’
For Love,” (co-written with Scot England) includes hundreds of color and
black-and-white photos and is a must-read for anyone interested in a
behind-the-scenes look at the life of a Country artist.  The book is available at amazon.com.  More about Johnny at https://www.thejohnnyleemusic.com/