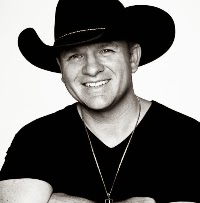 Shares Denney, President
of MDM “We have known Bobby for many years and have watched his career
takeoff; 2014 is set to be another strong year for him with the release
of his next album.  He is a very talented musician and a welcome
addition to our ever-growing roster.”

The first single
“Crazy Enough” off his forthcoming album (of the same title) will be
released to Canadian country music radio on Monday, January 27, 2014.  A
departure from his previous hits, “Crazy Enough” is an explosion of
full instrumentation, blending acoustic and electric guitars in
complement to heavy percussion.

“I have admired the MDM team,
and have a great deal of respect for their commitment to the
“road-family” spirit and their strong collaborative effort with the
artists they represent.  This is the perfect new home for me as I
introduce my latest project and mix things up with a new sound!” says
Wills.

Channelling an alter-ego rebel spirit, Wills pushes his
artistic envelope with edgier lyrics featured in the new single, “I
don’t back up and I don’t back down… I’ve never been a play it safe
kinda guy, so if you’re thinking about calling my bluff, I ain’t all the
way crazy, just crazy enough.”  The track is co-written by Wills, Walt
Aldridge and Michael Pyle.  The new 10-track album is set for release in
the summer of 2014 and will feature a blend of Wills signature more
traditional country sound, contrasted with a raw, rock-country vibe.

Wills
will be performing this week during the OH CANADA COCKTAIL PARTY in Los
Angeles on Thursday evening January 9th from 8 pm to 1 am on the
stunning Roof Garden of the exclusive The Peninsula Beverly Hills.
Human rights activist/producer/director Kweku Mandela, a grandson of the
late South African activist and former president Nelson Mandela, has
joined actress/comedienne Catherine O’Hara and comedian/director David
Steinberg on the host committee to benefit the Friends of the Canadian
Museum for Human Rights, a brand new national museum scheduled to open
September 2014 in Winnipeg, Manitoba.