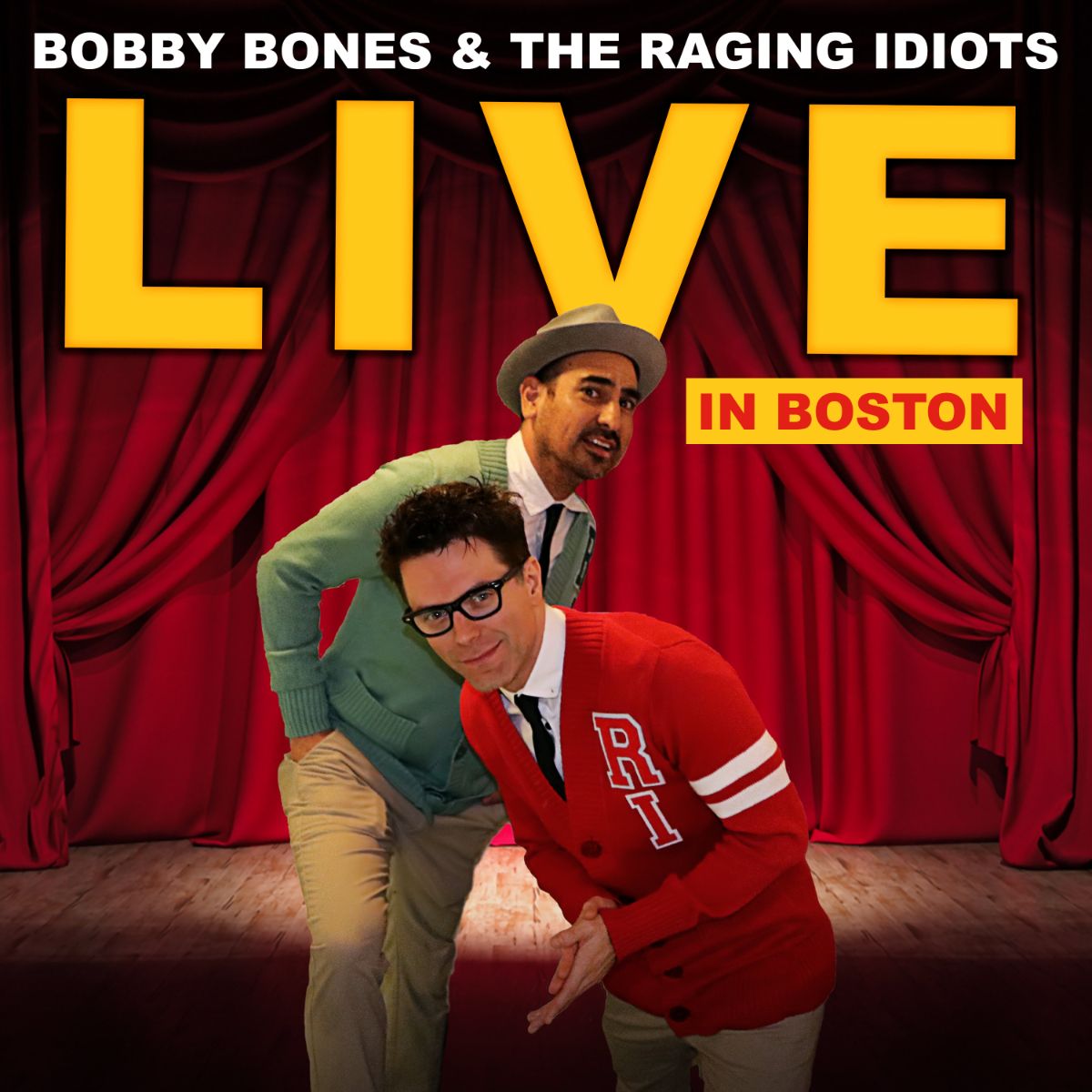 Multi-media
personality Bobby Bones and his musical comedy band Bobby Bones &
The Raging Idiots surprised their “fiercely devoted” (Washington Post) fanbase today with a new track, “Jesus Knows,” from an upcoming comedy EP BOBBY BONES & THE RAGING IDIOTS LIVE IN BOSTON. Listen
to the brand new track, which has already surged to No. One on iTunes’
Comedy Songs Chart upon release today and is a hilarious relatable take
on all the things people are guilty of behind closed doors, HERE.

Touted as an act who “throw one of the best parties” (Sounds Like Nashville), and
continuously maintaining an unwavering relationship with the fans, the
forthcoming project was recorded at a recent sold-out theater in
Boston. Capturing the spirit and energy of the duo’s notorious live
show, “Jesus Knows” is a witty and fun track written by Bobby Bones,
Brandon Ray and Eddie Garcia. Listen to the track HERE.

“Our one and only goal is to make sure people have a good time when they
come to a show or listen to our music. We hope everyone enjoys this as
much as we had fun making it,” said Bones.

Next up, in addition to his current role as official in-house mentor on American Idol, Bobby Bones
will join ABC’s first time prime-time coverage of the NFL Draft,
live coast-to-coast from Nashville, Tennessee, on “2019 NFL Draft
on ABC,” tonight, April 25 (8:00-11:30 p.m., EDT), on The ABC Television
Network and via streaming. Bones will also be seen on the second
night of ABC’s NFL Draft coverage, tomorrow, April 26 (7:00-11:30 p.m.,
EDT).

The upcoming EP LIVE FROM BOSTON follows the fan-favorite THE NEXT
EPISODE, No. One debut EP THE RAGING IDIOTS PRESENTS – THE RAGING
KIDIOTS, as well as their No. One comedy album THE CRITICS GIVE IT 5
STARS. The Raging Idiots have raised millions for charities and sold out
several shows, sharing the stage with Jason Aldean, Dierks Bentley,
Garth Brooks, Brad Paisley and Toby Keith. Bobby Bones, Vice President,
Creative Director of iHeartCountry, is host of the nationally
syndicated radio show, The Bobby Bones Show, which broadcasts to almost
140 stations and is the #1 Country morning show with millions of weekly
listeners. The show recently garnered its third ACM Award for National
On-Air Personality of the Year, a 2017 Country Music Association award
for National Broadcast Personality of the Year and earned Bones the
title of youngest ever inductee into the prestigious National Radio Hall
of Fame. The “media multitasker” (Billboard) also
launched his own podcast, BobbyCast, which features candid long-form
interviews with top artists and industry figures. The podcast’s
overwhelming success has paved the way for Bones to launch the Nashville
Podcast Network, an eclectic collection of podcasts from a variety of
Nashville-savvy hosts, giving listeners an inside look at the
lifestyle and pop culture in Nashville. Bones recently won Season 27 of
ABC’s Dancing with the Stars and is set to lend his expertise to the
latest season of ABC’s American Idol as the official in-house mentor.
Bones is also a two-time New York Times #1 bestselling author, touring
stand-up comedian, philanthropist and chart-topping comedy artist – a
true “jack of all trades” (ESPN). Visit https://bobbybones.iheart.com for more information.