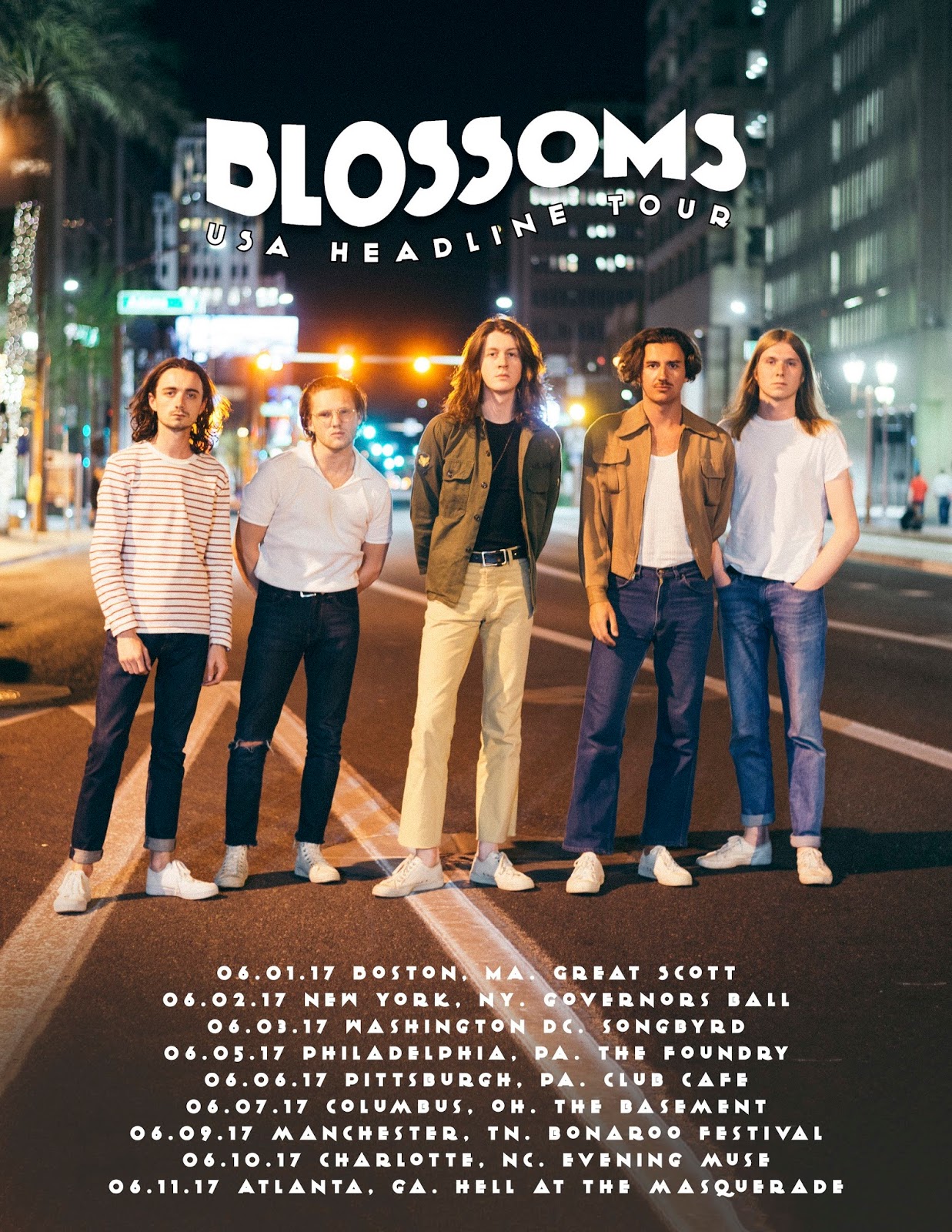 TO OPEN FOR THE STONE ROSES AT WEMBLEY STADIUM IN JUNE

“U.K. garage-pop darlings Blossoms showed why they were one of the
highly touted ‘fine-print’ bands at Coachella.” – Buzzbands LA

“Are Blossoms The Next Big Brits?” – Seattle Music News

With a Number 1 record under their belt for their self-titled debut album, plus appearances at New York City’s Governors Ball, Manchester’s Bonnaroo Music & Arts Festival and Chicago’s Lollapalooza this year, it is without a doubt that Blossoms will be the Great British breakout band and on everyone’s lips in 2017.

Across the Atlantic, the band has just completed their SOLD-OUT headlining tour, playing to more than 30,000 fans across the UK. They’ve also SOLD-OUT their recently announced upcoming 8,000 capacity outdoor headlining show in Manchester this summer. In other news, Blossoms will also be supporting The Stones Roses this summer, opening for them at the legendary Wembley Stadium in London this June.

Be sure to catch the band live at any of the following dates and listen to their critically acclaimed debut full-length on iTunes, Apple Music, Spotify, Amazon today.