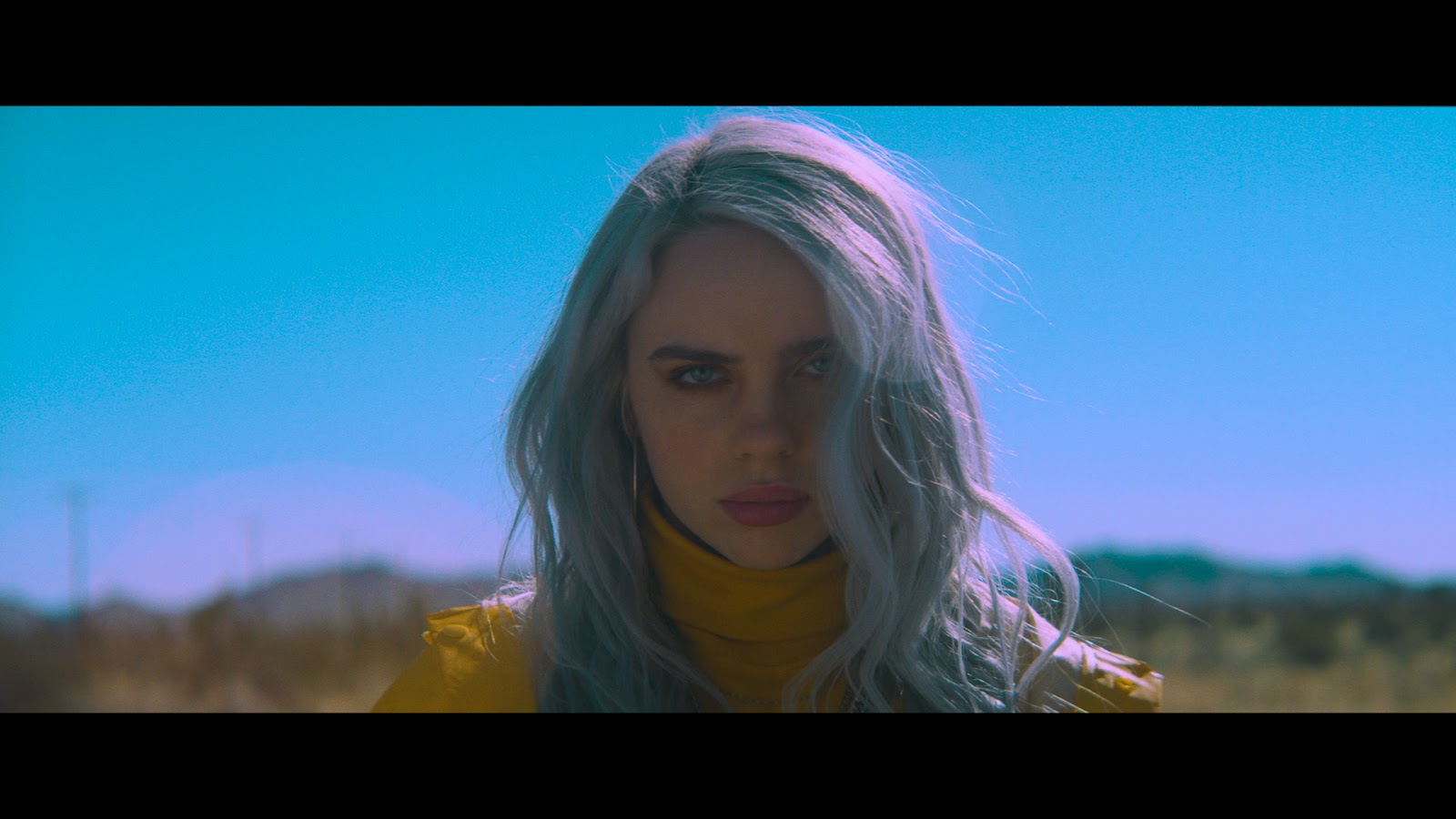 Following the release of her critically acclaimed new single, “Bellyache” last month, which Noisey called “totally psycho and perfectly pop,” 15-year-old pop wunderkind, Billie Eilish is back with a new visual for her current single. In the Miles & AJ-directed
clip, Eilish casually struts down a desolate road with her usual
assertive swagger, pulling a red Radio Flyer and two trash bags. Decked
out in her trademark yellow, the young artist exudes a cool confidence,
in perfect contrast to the steamy scenic desert backdrop. Watch the
video for “Bellyache” HERE.

Having just made her impressive SXSW debut in Austin and currently sitting at an impressive 50+ million streams
on her debut single, Billie has yet to announce a full tour or release
an EP/album but has managed to capture the ears, heads and hearts of
music fans and the media across the globe with her alluring and
self-described “gloom-pop.”

Her meteoric rise first began after innocently uploading “Ocean Eyes”
onto Soundcloud (so she could send the track to her dance teacher for
an upcoming school recital). Unbeknownst to her, the song quickly caught
the attention of influential blogs, went viral and soon became a
veritable phenomenon, generating tens-of-millions of plays and gaining
the attention and support from the likes Zane Lowe at Beats 1, Annie Mac of BBC Radio 1, Chris Douridas and Jason Kramer of KCRW.

Suddenly Billie was on the radio, receiving New Music Friday support from Spotify on a global scale and found herself being touted as ““Pop’s Next It Girl”  by VOGUE Magazine. During Grammy weekend last month Billie was featured as part of CBS’ Lexus Amazing Performances: Artist Spotlight alongside Grammy nominees Gallant and Lukas Graham.

Fast forward to 2017 and Billie is ready to invite us further into her world with “Bellyache,” a song she wrote in her bedroom with frequent collaborator and older brother Finneas O’Connell who produced the track at the home they grew up in, in Los Angeles.

In stark contrast to the songs suggestive dark subject matter, the
single trots along to bright acoustic guitars and uplifting tempo before
spinning out into a gloriously messy bass boom, accompanied with
lyrics “sitting all alone, mouthful of gum in the driveway, my
friends aren’t far, in the back of my car, lay their bodies…My V is for
Vendetta. I thought that I’d feel better. Now I got a bellyache.”