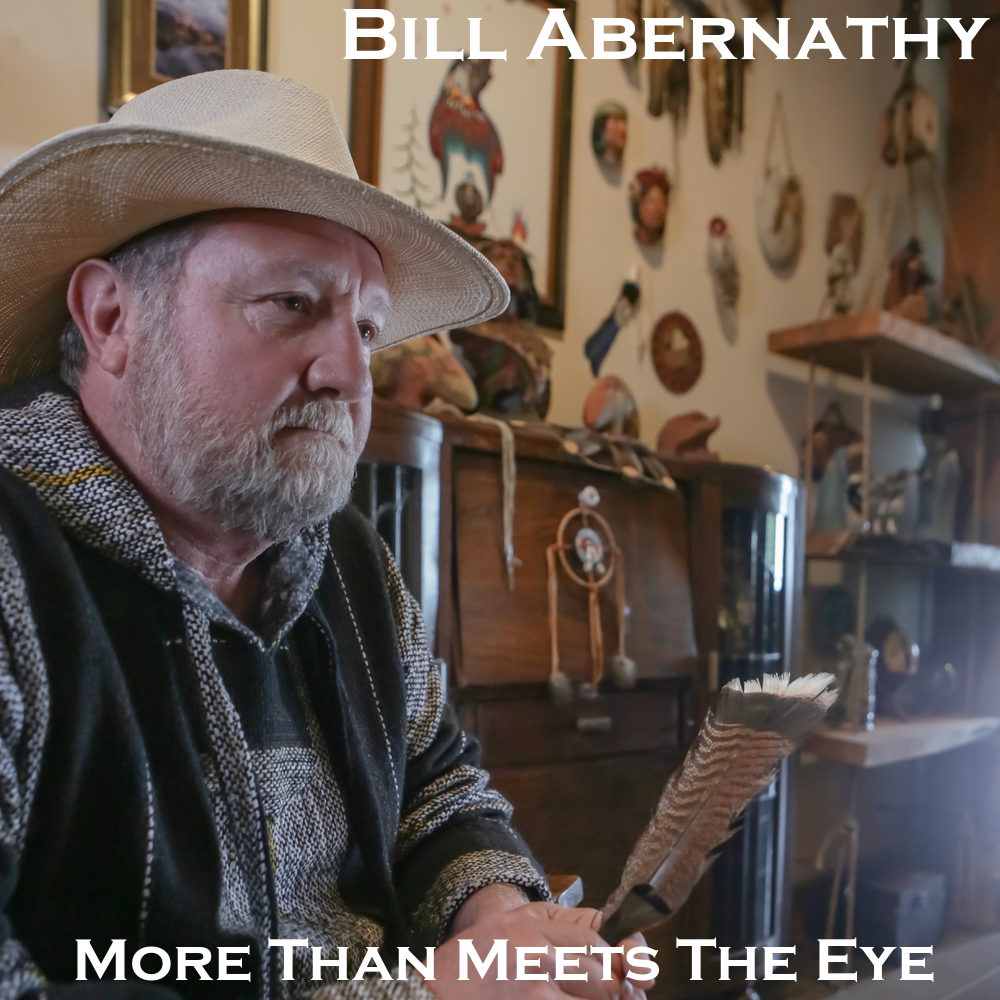 More Than Meets The Eye

Bill Abernathy has released a string of successful
singles and albums, starting with 2017’s Find A Way, featuring the #1
Roots Music Chart single, “Goodbye Will Never Come Again.” Abernathy
continued his streak with another hit album, Crossing Willow Creek,
which included the politically charged radio hit “Cry Wolf,” as well as 3
other international hits. All totaled, Abernathy’s music has been
streamed more than 1 million times. This is a testament to the
connection that Bill has found with his fans, cultivated by countless
livestreaming performances and a successful 2020 pre-Covid Southwestern
US tour.

Now, Bill Abernathy returns with his first new music in two years.
“More Than Meets The Eye” is another politically astute release,
targeted at both the news media and members of the government. The track
was mastered by Maor Appelbaum (Yes, MeatLoaf, Eric Gales).

He explains,”More than meets the eye is really about taking a step
back and looking into our society, the divisions, the cultural
challenges and the divisive political climate we have created. Could the
daily onslaught of “news”, biased, divisive, and inaccurate be nothing
more than a smoke screen to cloak what’s really going on? I find it very
dangerous to have a group of self-classified “elites” who have
convinced themselves and others they know what is best for everyone.
Mandating control over people will never work long term and is a sign of
weak poorly thought out ideas and concepts.

‘On the political aspects, it seems to me reasonable people should
want to discuss all sides of an issue with open minds, have some valid
conversations and debates, conduct themselves in an appropriate manner,
and stop all the childish name calling. You know, keep your friends
close and your enemies closer. Just sayin’. One wonders what would
happen if we got rid of the famous isle and made our employees sit next
to our other employees they claim to disagree with. We should require
they treat each other with respect as a condition of getting to stay
around and play along. You know, like in kindergarten.”