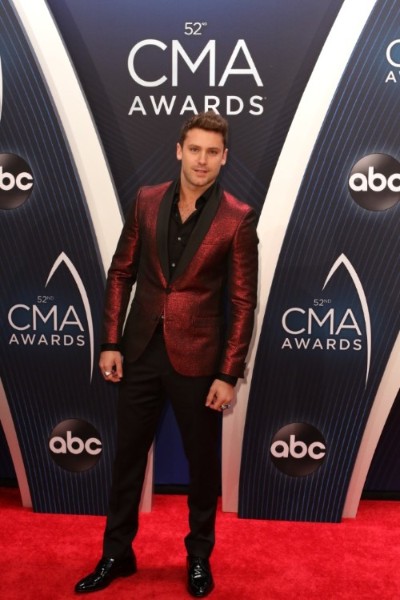 Singer/songwriter Bastian Baker returned to
the United States this week to promote his recently released
self–titled fourth studio/American debut album. After a successful run
across North America as the acoustic opening act on Shania Twain’s Now world tour,
he received a warm welcome back with media praising his latest work “an
album that promises to be one of the biggest breakouts of the year” (Popdust) and Rolling Stone dubbing him an “artist you need to know.”

This week the “hot Swiss singer-songwriter with a country twang” (People) stopped by Entertainment Tonight’s “ET Live” and People Now to
chat about the album’s success, traveling the globe with the reigning
“Queen of Country Pop,” what’s to come in 2019 and his sixth language:
Shakira. The Shania Now tour will resume November 30 in Australia and wrap December 22 in New Zealand.

Influenced by the 850 shows he’s played in over 40 countries in the last
seven years, his new album “plays with genre, refusing to get pinned
down to a singular aesthetic, and yet still feels unified.” (Popdust) Bastian Baker
staked its claim at No. 1 in Switzerland, No. 2 in Belgium and No. 3 in
Germany. The genre-defying project was brought to life by producers and
songwriters around the globe including GRAMMY Award-winner Jacquire
King (Shawn Mendes, Niall Horan, Kings of Leon, Bon Jovi). Bastian has
penned a catalog of over 60 songs while in Nashville and holds a
co-writing credit on each track of the new album.

Sounds Like Nashville hails “Switzerland may be neutral but one of their most talented exports is about to invade America.” Bastian Baker
has taken Europe by storm with his chart-topping, platinum-selling
albums, sold out arenas around the world with the likes of Elton John,
Bryan Adams, Boy George and more, scored numerous music awards and
serves as a Brand Ambassador for esteemed brands Hugo Boss, Omega, Audi
and Harley Davidson. The only thing missing from his career dance card
was the United States… until now. Before embarking on a music career,
Baker was a third-generation professional hockey player from
Switzerland. After trading in his hockey stick for a guitar, Baker made
his first professional appearance at the Montreux Jazz Festival after an
invite from its founder, Claude Nobs. Yes, ‘Funky Claude’ referenced in
Deep Purple’s “Smoke On the Water.” It’s clear that “Bastian Baker
wears many hats” (Harper’s Bazaar) – he’s been featured as a competitor on Dancing With The Stars (France), a guest coach on The Voice
(Belgium) and can now be found traveling the globe alongside Shania
Twain after accepting her invite to join her on her current Now world tour. Praised for being “born for the arena,” (Popdust) Bastian has been named “one to watch” by Rolling Stone, Young Hollywood, Sounds Like Nashville and Taste of Country. His fourth studio album and American debut, Bastian Baker released
on October 26. With his talent, undeniable charm and captivating
charisma, there’s no doubt of this bona fide trailblazer succeeding on
his journey to worldwide superstardom.