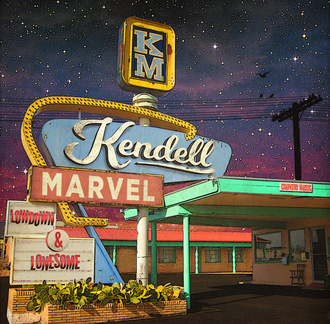 Get LOWDOWN & LONESOME now at: https://ONErpm.lnk.to/LowdownAndLonesome

From start to finish, Marvel takes the listener on a rollercoaster of
life, love and heartbreak.  His powerful and raw vocals deliver the
lyrics in such a palpable way that it evokes the emotions of his words
within his audience. Marvel, who wrote 9 out of 10 tracks, is joined by
some of Country music’s finest artist-songwriters on LOWDOWN & LONESOME. The title track, co-written by Marvel alongside producer Keith Gattis and Randy Houser, is described by Rolling Stone Country
as “a bluesy, riff-heavy rocker that calls to mind the restless
Southern rock of the Allman Brothers Band and Hank Williams Jr.’s
whiskey-soaked howl.” Marvel also shares the pen with Chris Stapleton on
three of the album’s tracks, including “Untangle My Mind,” “Tryin’ Not
To Love You” and “Closer To Hell.” To close out the album, Jamey Johnson
lends his vocals to “Drinkin’ My Baby Goodbye”, a track penned by
Country legend Charlie Daniels.