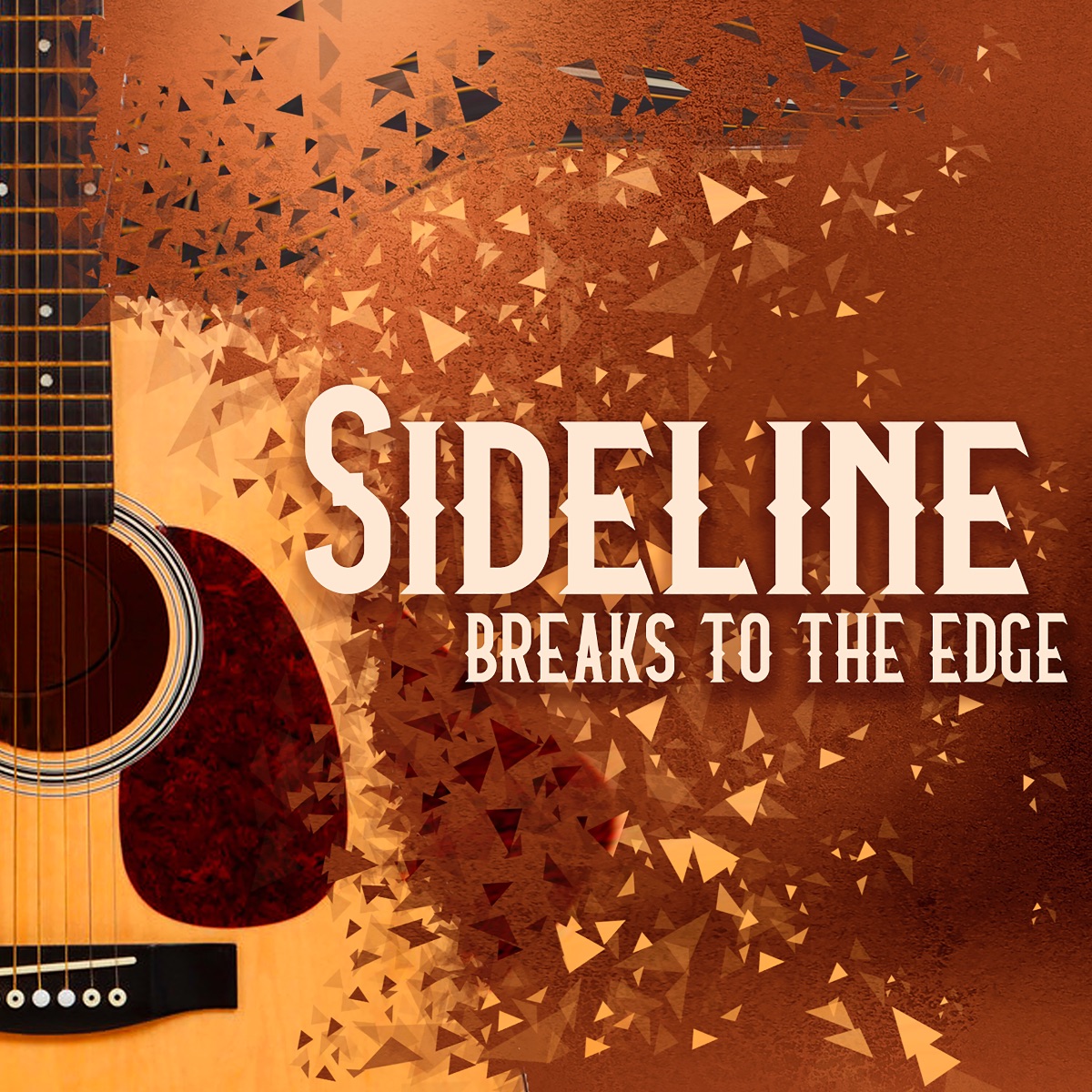 Bluegrass powerhouse Sideline is keeping the momentum from a successful 2018 release and a major IBMA award going with its new album, Breaks To The Edge, now available from Mountain Home Music Company.

Following the band’s great success with its acclaimed release Front and Center and its single, “Thunder Dan” — which topped the year-end chart as the #1 Bluegrass song in radio, and followed that accolade by winning the IBMA’s Song of the Year in 2019 — Breaks To The Edge,
is a collection of songs that range from high-energy traditional
Bluegrass to progressive destinations and all points in between.

Reflecting the North Carolina group’s roots and experiences, the set includes stories of traveling troubadours like that told in their radio single, “Return To Windy Mountain,” a nostalgic reminiscence of country living in “Southern Wind,” a classic bluegrass ballad of tragedy, “Down In The Willow Garden,” the reproachful Stanley Brothers favorite, “Your Selfish Heart” and more.

On the more progressive side, Breaks To The Edge offers a cover of Steve Wariner’s “Crash Course In The Blues,” with Skip Cherryholmes taking
the vocal lead on a wry tale that justifies the album title with
Southern-rock style jams. At the other end of the spectrum, the classic
southern gospel song “I’ll Live Again” highlights Sideline’s refined vocal abilities with supremely blended 4-part harmony.

Throughout, the band’s tight mix of power and dynamics is driven by the pocket and pulse of original member Steve Dilling’s award winning banjo and co-founder Jason Moore’s bass, while Cherryholmes, the third colleague at the group’s heart, dishes up impressive flatpicking from start to finish.

With a loaded national performance schedule and now their 5th studio album,Sideline continues to be a tour de force in bluegrass. Breaks To The Edge captures this power, making a statement that Sideline will continue to do what’s propelled them to this point.

Listen to Breaks To The Edge HERE.

Sideline is a pedigreed six-piece powerhouse whose style has set the
pace in Bluegrass for over two decades. Founders Steve Dilling, Skip
Cherryholmes and Jason Moore can all claim their own historical
significance to the genre as members of highly awarded groups, multiple
Grand Ole Opry appearances and years of national and international
touring. What started as a side project for the seasoned players soon
moved to the front and center and they began to record and release
albums in earnest. This year, Sideline won the IBMA Song Of The Year
Award for their hit single, “Thunder Dan.”

To
listen to Sideline reminds the fan of why so many people fall in love
with Bluegrass in the first place; pulse-pounding drive, songs sung from
the heart, perfected timing and dynamics as well as a visceral emotion
in the rendering. A band that was started as an off-season fun
experiment has become a full-time dream team of players and singers.

The
band, recorded or live, move dynamically from well chosen, hard-hitting
neo-traditional covers of classic songs to new material curated by a
band with a perfect sense of who they are and what they have to say.
Combine all this with their on-stage energy and finesse as well as their
powerful and affecting harmonies, and you have the embodiment of the
North Carolina Bluegrass sound. Sideline has released 4 national
projects and records for the highly awarded Mountain Home Music Company
based near Asheville, NC.