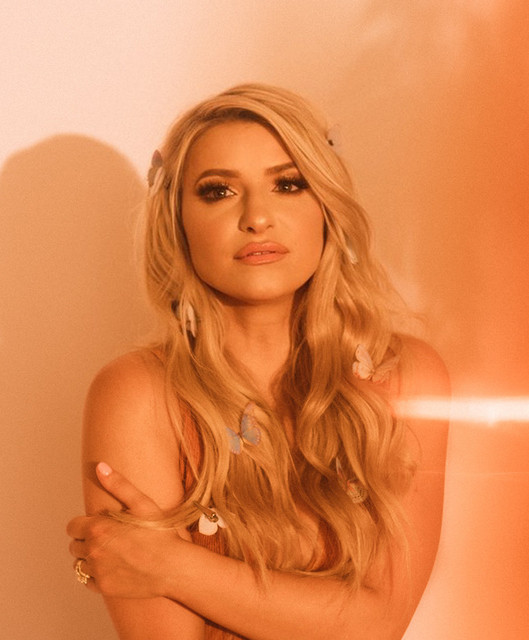 “Tiny girl, big voice” is the label April Kry has taken on from a young age. At just five years old, Kry started her musical journey singing in church, alongside her father and sister. Her soulful voice has caught the attention of music industry greats such as, Jermaine Jackson of the Jackson 5, Nile Rogers, and Enya who she later sang backup for on Live! With Regis & Kelly. After moving to Nashville after high school to pursue music full-time, April found that her passion for songwriting started to grow as she began writing with Stephanie Bentley (“Breathe” Faith Hill, “Concrete Angel” Martina McBride), Blair Daly (“Clock Don’t Stop” Carrie Underwood, “You Should Be Loved” Hunter Hayes) and many others as her circle continued to expand. Her first single “Fireflies” broke Top 30 on the Highway and was trending at #1 on Radio Disney. Her song “I Feel At Home” penned with Blair Daly has garnered over 4 million streams on Spotify. As an independent artist, that’s no small feat. Her sound is a soulful mix of country, blues and pop with lyrics deep enough to dive into. This little lady isn’t like anything you’ve heard before.

April Kry: I would describe my sound as soulful and inspiring. I would describe myself as “tiny girl, big voice”. It’s what Nashville has named me! I hate putting labels on music because I feel like I have been inspired by so many different artists and genres, but I started in the church and my heart lies in that very soulful realm.

April Kry: recording an album, raising my son, navigating through a pandemic. It’s all been a whirlwind but it wouldn’t change it for the world.

April Kry: What is your latest CD and how’s it doing?

Answer: It’s called “Krysalis” and I feel like people are really connecting with it and that’s all I could ask for!

April Kry: Yes! I knew I wanted to make a concept album based on growth. This album spans 4 years of my life and how much I’ve gone through since. So Chrysalis is the growing stage of a butterfly. Because my last name is Kry, I added a K to it instead of the Ch.

April Kry: Yes, I am a co writer on all of the songs but there are some incredible writers on these songs that I wouldn’t have been able to write myself. So I am very thankful for them!

April Kry: The songs/subject matters on my album range from being in a toxic relationship with an alcoholic, to finding my voice in the music industry, and finding out I was pregnant after two years of trying. It has so many ups and downs and I am very proud of this body of work!

April Kry: My last EP I am still very proud of, but I was still finding my voice and sound and I didn’t really call all of the shots on that one. This album I did completely independently. I actually recorded some vocals myself.

April Kry: I love inspiring people, so any song like that, or empowering! There’s nothing better than someone relaying how much a song has inspired or empowered them.

April Kry: one hundred percent. But it hasn’t always been that way. I was with a label for four years and after my contract with them was up, I had to kind of relearn everything. But having creative control over your sound is SO worth it!

April Kry: I would love for songwriters and independent artists to be able to make a living wage. Right now streaming services are paying less than pennies on the dollar to songwriters and some of the current laws in place are so old and outdated. Things need to change.