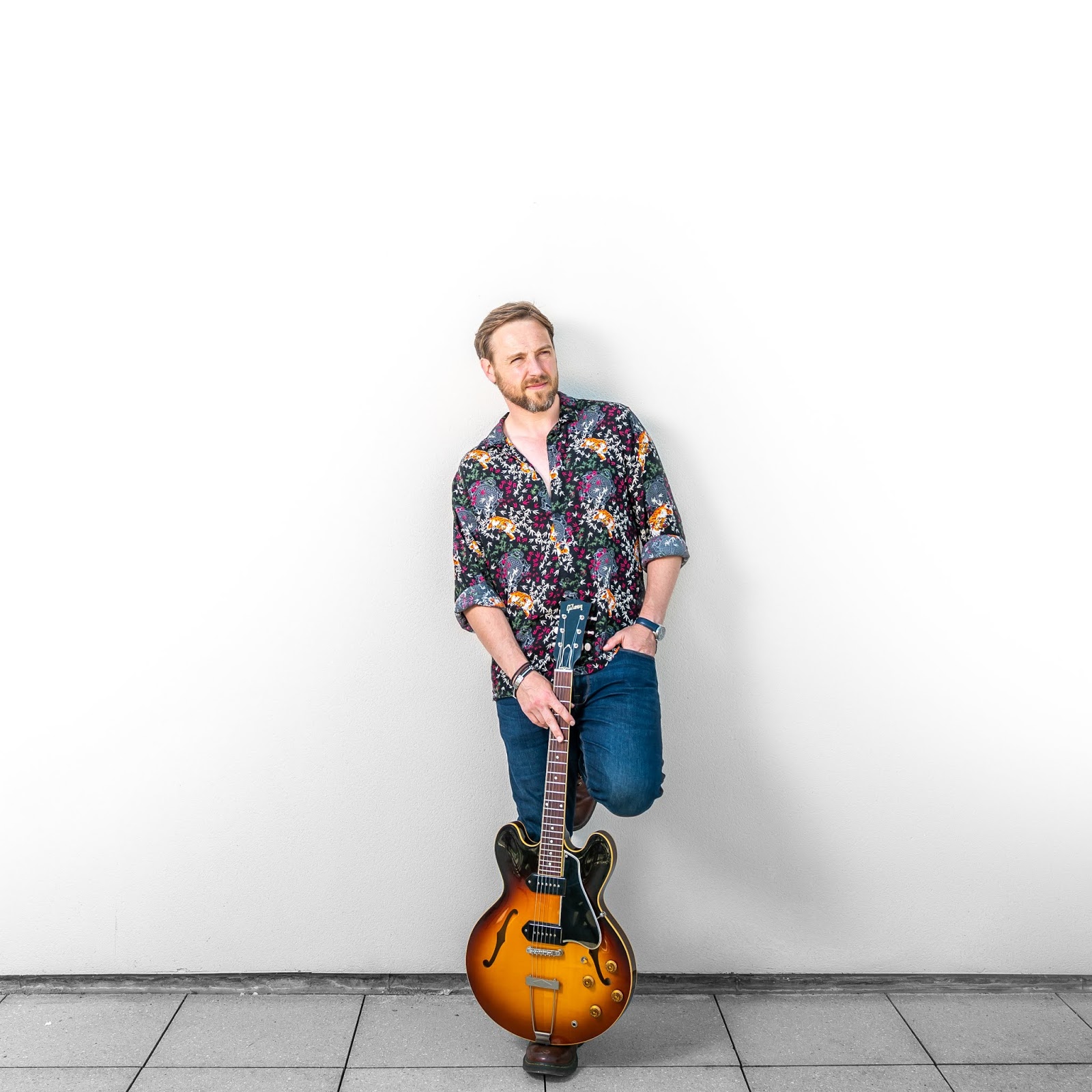 Answer:  First and foremost I’m a music
fan. I’ve devoured music of all sorts since childhood and my taste is very
eclectic. I’m interested in the sociology and semiotics of music as well as its
inexorable connection to human consciousness. My own music changes with each
project and is always as best as I can manage, an expression of my current
interests, musicologically, philosophically and socially. My new album is an
ode to my children, an existential reflection on the world they inhabit and
also, it is designed to be a retrospective introduction to me, their father.
Hence, there is no prevailing style on the record. I designed it to represent a
few of my formative influences. It’s a love note and a celebration of life and
music; no rules.

Answer: My new CD is I ❤️ Joyce Morris and so far it has been
very well received by critics and fans. It’s a very personal record but also,
but is also designed to be accessible and relatable to a wide audience and so
far, that seems to have worked.

Answer:  The last track on the record is called
Apples and it functions as a conclusion to the musical journey and presents an
over arching sentiment. Even though its an unassuming song it’s perhaps the
most important to the concept of the record as a whole. Therefore, I wanted an
album title that relates to it. Joyce Morris was a resident of my little
village in Lancashire in the north west of England. She is now deceased but
before she died, she initiated a project whose objective was to resurrect the
local tradition for growing apples. Historically, Eccleston was known for its
Apple production but this dwindled in the latter half of the 20th century.
Joyce Morris formed a society of Apple growers and developed her own species
which took her name. I like the story for several reasons: its connection to
our hometown; its connection to an England I never knew but came to be aware of
through my maternal grandmother who was born in 1907; and conceptually; and
most importantly the moralistic aspects, which are connected to preservation,
community and the “fruits of labour”, which I think are good lessons for my
children.

first and foremost and who I think will bring their
own great personalities to the framework I layout. I consider myself very
fortunate to be working with Greywood Records, because the guys there are
passionate about sharing music with depth and integrity and I’m in good company
with my label mates, all of whom create beautiful music.

Answer: I try wherever possible to cultivate
relationships with fans. I feel honoured and privileged when they share with me
the positive effects my music has had on them. If somebody tells me one of my
songs has made the day a little happier then i’m immediately inspired to go and
create more music.