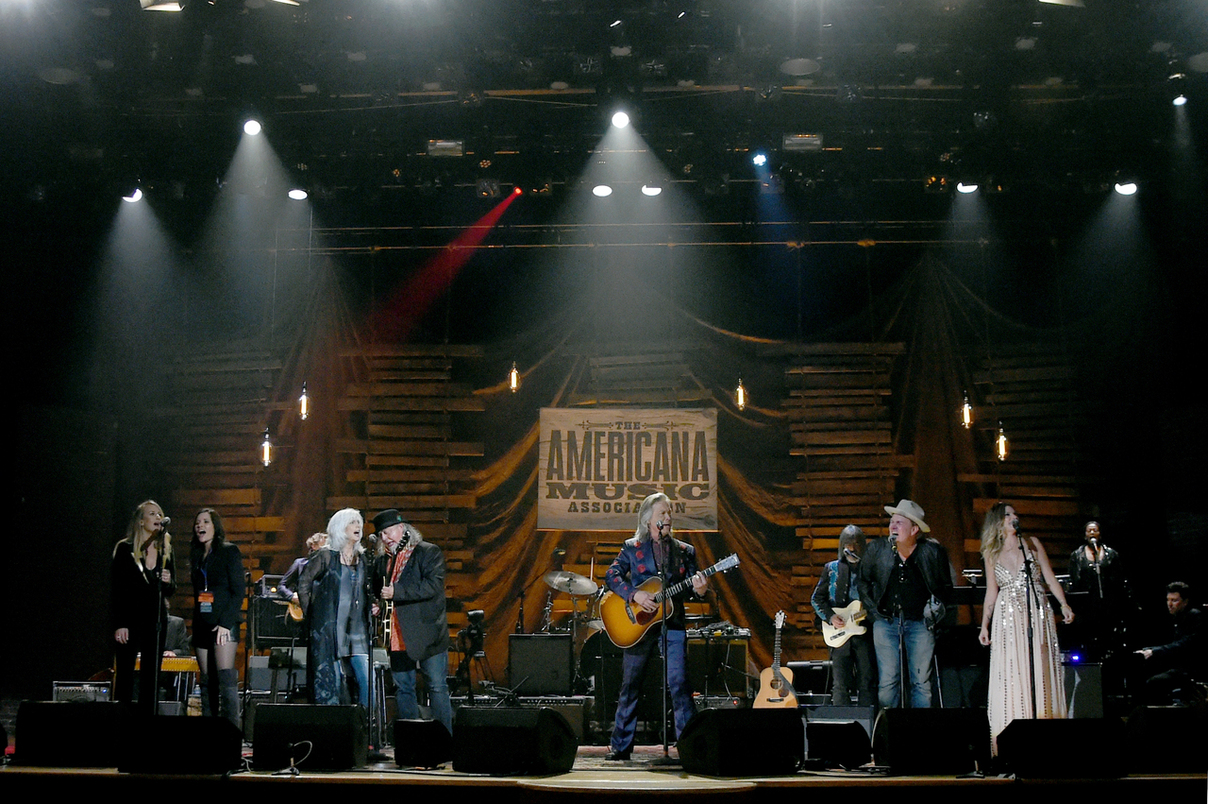 AMERICANAFEST℠ — This Year’s Festival and Conference’s

Around the World to Music City

NASHVILLE,
Tenn. — October 10, 2017 — AMERICANAFEST℠ 2017 —The Americana Music
Association’s Annual Festival and Conference — attracted an estimated
aggregate attendance of 51,000 during its September 12-17 run. All
points of engagement with the event were up from last year, with evening
show wristband sales up 36 percent and conference registration up five
percent.

The
addition of new venues and an increase in performances were
instrumental in the overall spike, with AMERICANAFEST℠ hosting 500
performances throughout the week (a jump over last year’s 300) that
sprawled across 57 venues and eight Metropolitan Nashville and Davidson
County city council districts. The event also filled expanded conference
space in its new location at the newly opened Westin Hotel in downtown
Nashville.

“It
was clear from the feedback we received last year that fans and
attendees wanted more music and more opportunities to see it,” said Jed
Hilly, Executive Director of the Americana Music Association℠. “We also
heard from locals who loved the Festival and Americana music and wanted
to engage with it, but who were finding it hard to commit to an entire
week. For those fans, we added separate ticketed events, extra venues
throughout the city with lower price points and a ton of free events.
That proved to be a successful formula.”

Among
those separate ticketed events, which included the sold-out 16th annual
Americana Honors & Awards show at the Ryman Auditorium on September
13 — streamed live at NPRMusic.org and other outlets — was a sold-out
concert at Ascend Amphitheater by Van Morrison who was awarded the
Americana Music Association’s℠ Lifetime Achievement Award for
Songwriting at the Honors & Awards show.

The
Honors & Awards show will be digitally re-mastered for broadcast in
an edited form to air on November 18 as part of PBS’s Austin City
Limits “ACL Presents” series.

In
addition to venues that have been mainstays of the Festival, including
The Basement, 3rd & Lindsley, The Cannery Ballroom, The Mercy
Lounge, City Winery, The Station Inn and more, the Festival also added official
showcases at Soulshine Pizza Factory, The Cobra, The Country, The East
Room, bringing the total amount of sanctioned showcasing venues to 23.
There were also plenty of official special events presented by partners
throughout the city at off-site venues, including The Yee-Haw Tent, The
Country Music Hall of Fame and Museum, Fond Object, Grimey’s New and
Preloved Music, The Groove, BMI and RCA Studio A, to name a few.

For
the first time, AMERICANAFEST℠ has opened its doors to all 900
musicians including showcasing artists’ band members for an opportunity
to attend the conference portion of the event for free and take
advantage of Nashville’s most comprehensive music industry forum.

Additional conference highlights included Southern Blood: A Tribute to Gregg Allman and Mike Judge’s Tales from the Tour Bus
Series Premiere & Musical Tribute, presented in partnership by the
Americana Music Association℠ and the Country Music Hall of Fame and
Museum; and a special episode of Skyville Live which served as an
unforgettable tribute to Graham Nash.

For
the second year, the event once again expanded its outreach with the
grassroots “Edge of AMERICANAFEST℠” campaign highlighting the East
Nashville community supporting, and supported by, almost 30 local
businesses offering discounts and additional musical performances to
AMERICANAFEST℠ attendees.

AMERICANAFEST℠
was a national and international affair as well, with 64 percent of
attendees coming from 49 different states or territories and 12 percent
coming from 14 countries outside the United States, including the UK,
Australia, France, Germany, Ireland, Italy, Spain, Sweden and Iceland.