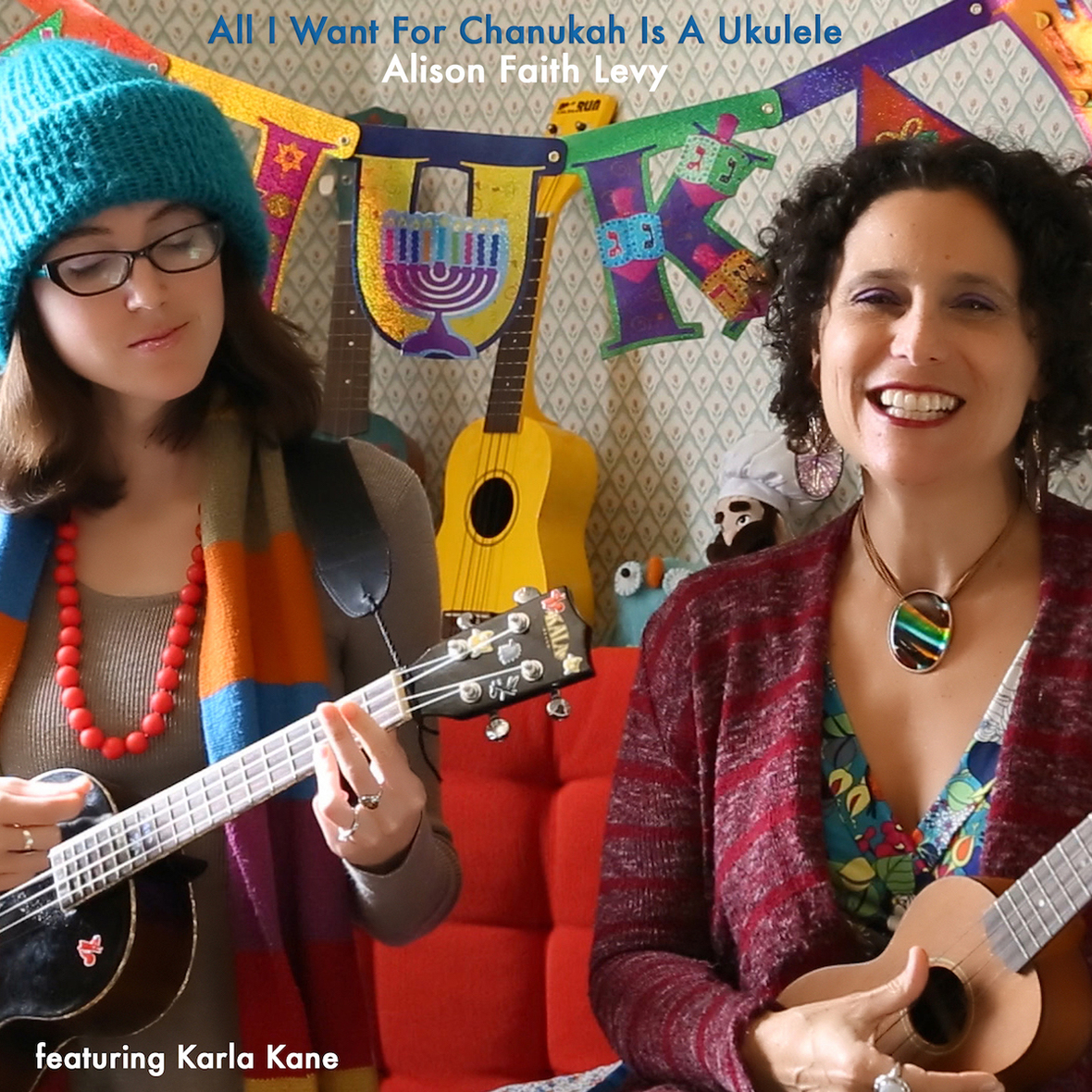 Move over, Dreidel Song! Beloved San Francisco-based singer-songwriter Alison Faith Levy brings Americana/Country charm to her new single, “All I Want for Chanukah is a Ukulele,” set for release on December 6.

Once upon a time, Alison Faith Levy watched longingly as her friend and bandmate Karla Kane
played her ukulele so beautifully. Alison thought, “I would like to do
that!” So, she bought a uke, taught herself to play it, wrote this song,
and the two of them sang and played it together. Now it’s everyone’s
turn to strum, sing, and dance along to this brand-new holiday classic,
produced by Khoi Huynh and featuring Karla Kane on additional ukulele
and backing vocals.

As an original member of kindie rock pioneers The Sippy Cups, Alison Faith Levy
toured the country many times playing festivals and performing arts
centers, and she wrote several Sippy Cups songs that became Top Ten hits
on SiriusXM’s Kids Place Live. After the band went on an extended hiatus, Alison released two albums of her own original music for families: World of Wonder and The Start of Things.

Upon
the release of her solo albums, Alison formed her Big Time Tot Rock
Band and played hundreds of shows for families throughout Northern
California. In addition, she developed her own “Big Time Tot Rock”
curriculum for teaching music to toddlers and preschoolers, which grew
to include preschools and community centers all over the San Francisco
Bay Area.

After
teaching music in Jewish preschools and JCCs for several years, Alison
decided that the world of Jewish education was a perfect fit for her and
was offered a Legacy Fellowship to pursue her Masters in Jewish
Education at Hebrew College in Boston. She soon landed her dream job as
an Early Childhood Family Program Coordinator at a Bay Area synagogue.

Inspired
by her newfound joyful connection with Judaism, Alison began writing a
new batch of songs for children and families based in Jewish values. She
is now in the process of finishing her latest album of these very
special musical journeys, titled You Are Magic.

“All I Want for Chanukah is a Ukulele”
will be available for streaming or purchase on all digital platforms,
including CDBaby, iTunes, Spotify, Amazon, Apple Music, Google Play, and
more.