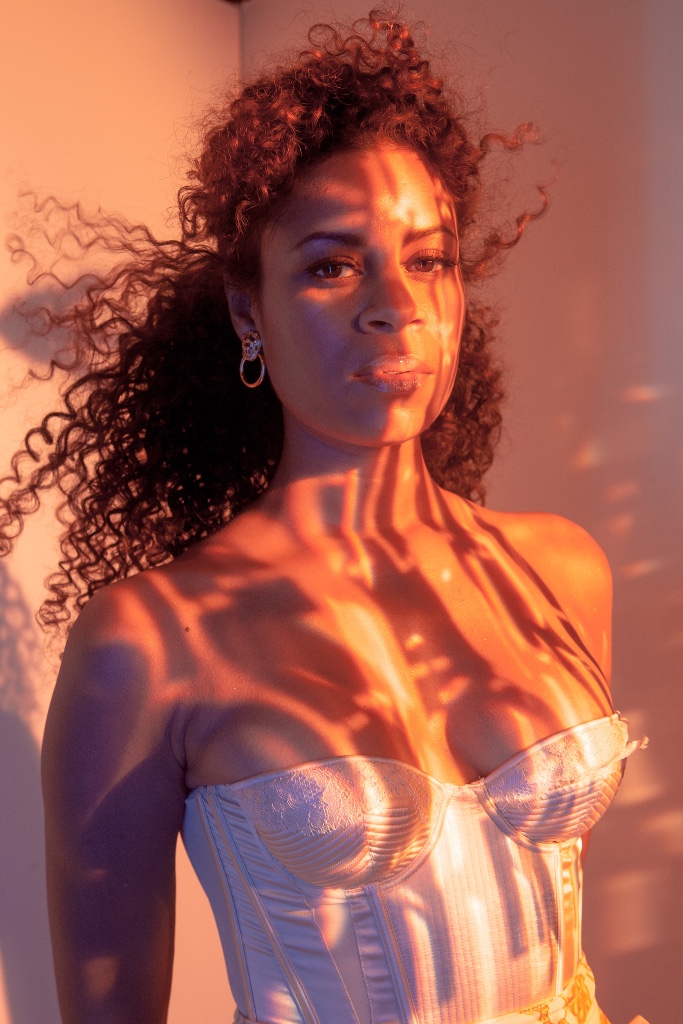 Out now, ‘Champagne Eyes’ is the band’s first independently released project. Recorded and executively produced by Aluna Francis and George Reid in
New York City this spring, the EP marks a return to the deliciously
twisted electronic soul that made audiences fall in love with the
group’s 2013 debut album Body Music. Infusing
their signature sounds with a lyrical exploration of sex, power, and the
complexity of identity, these songs will move your body as well as
burrow into your brain.

The 6-track EP features special guest collaborators Cautious Clay, who appears on the first single taken from the EP, ‘Superior Emotion’
a slow-burn slice of immaculate R&B with serpentine beats and a
deep groove. “I’m looking for that high / Superior
emotion,” Aluna intones in her unmistakable alluring coo. I used the
term “superior emotion” [for] when obsession and attraction can trigger a
perfect explosion of feelings and then we call it
love when it’s not. We complain about it but secretly we want it, It’s
really addictive.”

Champagne Eyes also signifies a turning point
for front-woman Aluna as a songwriter, marking her emergence as a
singular socially conscious voice. “My identity is a culmination of lots
of really particular and diverse ideas and values,” she says. “I’ve
decided not to apologise for that any more.”

That search for depth in an image-focused world gives AlunaGeorge’s latest music an undeniable heft. Take EP standout “Shallow Water,”
a glitchy future-soul jam on which Aluna takes aim at the “rich girl
problems” of some social media posts. “There was one point where I was
like, ‘What the fuck is this feed? This is total bullshit,’” she says,
speaking of her relationship with Instagram. “So I unfollowed everyone
and I was like ‘Right, what am I interested in?’ And I was interested in
the future female conversation, mainly led by women of colour, and
white women who are allies to women of colour.”

Now fully at ease in her own skin, Aluna’s new music is imbued with a
sense of hard-won empowerment  and grown-up sexuality. The white-hot Bryson Tiller duet “Cold Blooded Creatures,” for
instance, is about how a one night stand “can be an opportunity for you
to explore things about yourself that are inhibited,” Aluna says.
Meanwhile, she wields her confidence like a weapon on “Faulty,”
in which she claps back at internet trolls. “I won’t be that girls when
Even Little Miss Perfect’s judged by everybody,” she sings, before
intoning spikily: “Why don’t you get the fuck out of my way?”

The same no-fucks-given attitude permeates Champagne Eyes’ title track, which centres on Aluna’s allergy to schmoozy music industry parties, while “Famous”
responds to #MeToo by focusing on a young girl who is getting justice
for sexual harassment. “I wanted to make it into a celebration,” Aluna
says. “To look to the future, and have something to aim for and aspire
to.”