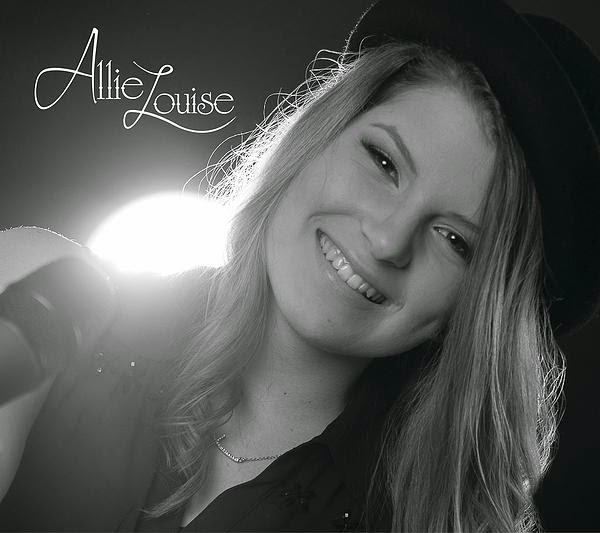 
NASHVILLE, Tenn. (January 13, 2015)- Fifteen-year-old country music newcomer Allie Louise is set to make introductions with her first single “It’s Gettin’ Old”* from her debut self-titled album, ALLIE LOUISE
(Sixth Beat Productions, Rochester Hills, MI)–anticipated for a Spring
2015 release. The single, written by Allie Louise alongside Doug Kahan, was produced by Kahan and seven-time Grammy award winner, John Jaszcz at Blackbird Studios in the Music City, Tennessee and is scheduled to impact radio January 22, 2015 [1/6/15 PlayMPE–the track was a PlayMPE Top 5 in both streaming and download (1/10/15)]
Jerry Duncan Promotions will spearhead the radio campaign.
A high-energy, up-tempo, track, “It’s Gettin’ Old,”
is the ideal first single release as an I.D. to Allie’s confident,
carefree and honest character.  The storyline, written with her gal pals
in mind, reveals mutual experiences and relationships with “a jerk”
that becomes a habitual, unhealthy attraction. Packed with relatable
lyrics, the song is a must-hear to empower young women to be confident,
to trust intuition and to walk away from relationships untrue.
“I am very excited to introduce my music to radio and the country music audience,” noted Allie Louise.  “I
feel like the combination of the high energy, sass and
‘women-stand-your-ground’ message is the perfect introduction to my
music and the new album.  I’m excited to show folks what I’ve got!”
The corresponding music video “It’s Gettin’ Old” was directed by Robby Melling and produced by Sixth Beat Productions and The Greene Group Detroit.  Allie appears in a true-to-life depiction.  The video can be seen on YouTube (https://www.youtube.com/watch?v=dBhUs90PeNE).
Allie
Louise is an artist, songwriter and musician from Rochester Hills,
Mich., and the youngest of six children.  Walking in her siblings’
footsteps, she began playing piano at the young age of five, and soon
after added guitar and vocals to her list of talents.  As evidenced by
her performance on the new single, young Allie Louise has undeniable
natural talent and vocal range and the ability to captivate her audience
with the very first note.  She has been described as an “old soul with a
little sass” and her influences include a long list of country music’s
favorite women such as Carrie Underwood, Miranda Lambert, Leann Rimes
and, most notably, Patsy Cline.
A
performer in the studio and on stage, Allie Louise has opened for
national recording artists Cole Swindell, Frankie Ballard, Austin Webb,
Justin Moore, Josh Turner and David Shelby.  She performs regularly as
an acoustic solo act at venues in Michigan, Ohio and Indiana.  Allie has
also been involved with various charity events supporting autism, downs
syndrome, St. Jude and Relay for Life.  She will make personal
introductions with music industry executives and radio at
Country Radio Seminar in February.