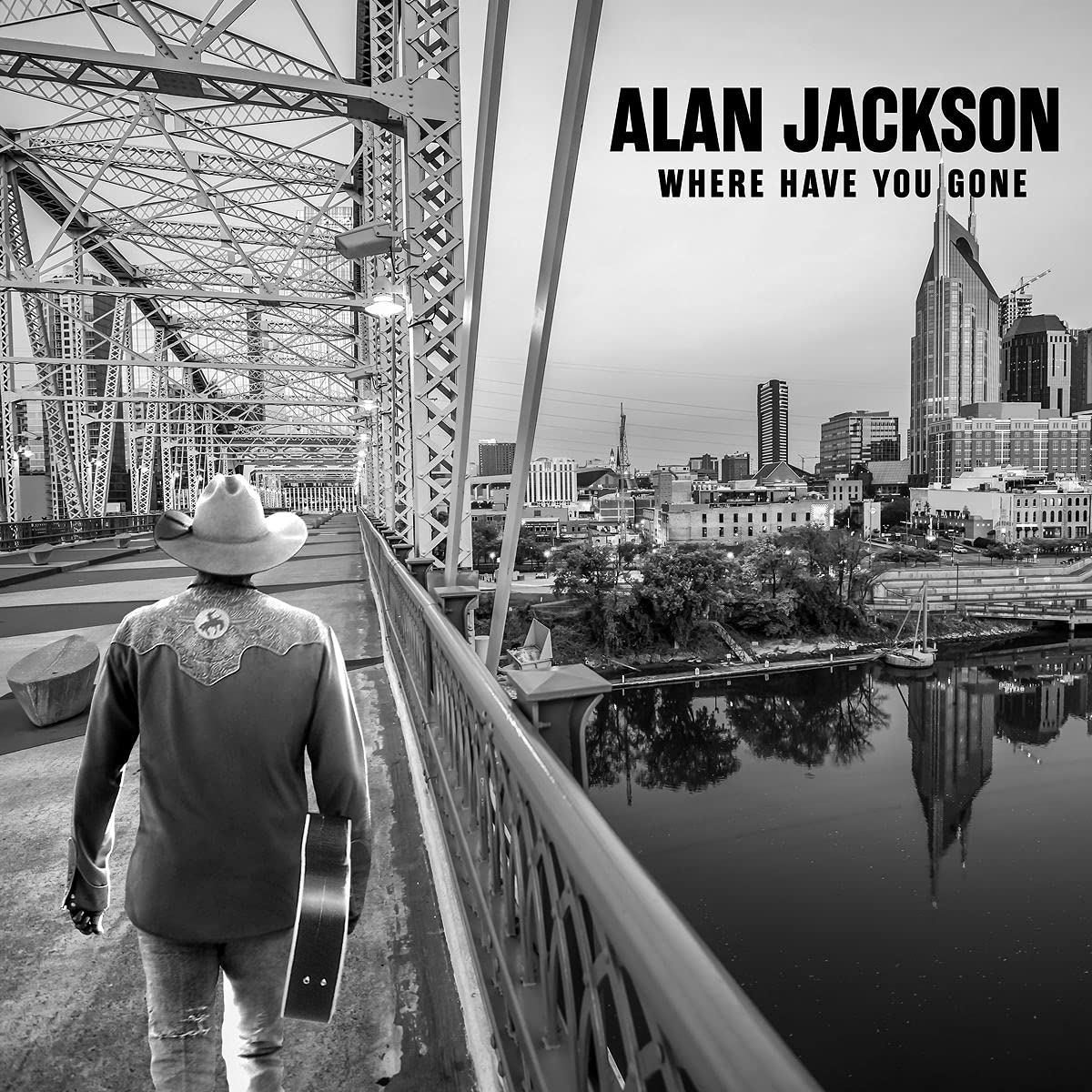 Alan Jackson Where Have You Gone

CD Review: Alan Jackson Where Have You Gone

This is saddle-slapping, country bible thumpin, creek fishing, frog-giggin’ Country Music at its best. This is top drawer writing by the master-writer of Country, Alan Jackson, and some great talented songwriters of pure-D, proof in the pudding music.

Once again Alan and the absolute king of country music producers, Robert Keith Stegall, have teamed up to save Country Music from the pop filled, bad imitation rock, so-called country music that has filled the airwaves of radio.

If ya don’t wanna rock the jukebox, then load this on at all your favorite watering holes and let the jukebox hum a pure country beat and message to soothe your patron’s working man and woman soul. There are twenty tracks, and then one awesome extra track, That’s the Way Love Goes, a tribute to Merle Haggard! The listener/reviewer is in hawg heaven topped off with Georgia grits and butter, as this album plays. Things That Matter, written by Keith Stegall and Michael White stands out as great and very timely message with all we have gone through in the past year and a half in this world. Then, Where Her Heart Has Always Been, takes this listener/reviewer back to 1963 at a little church on South Street in Mt. Airy North Carolina, with penny loafers on and a bow tie. Where the Jesus fans waved, on Sunday morning in the granite stone building with no air conditioning and the choir of farmers and their wives resonated with honest American sweat, blood, and simple faith.

So Late So Soon, takes the listener to that great place of country music sounds that harkens to classics like MacArthur Park, and Watching Scotty Grow, that melodic hypnotic mood that makes for an instant classic song for the ages.

The fiddle and steel riffs and bow pulls, put the moan back in Country Music, and many fans have wanted that for a long time. Enjoy!