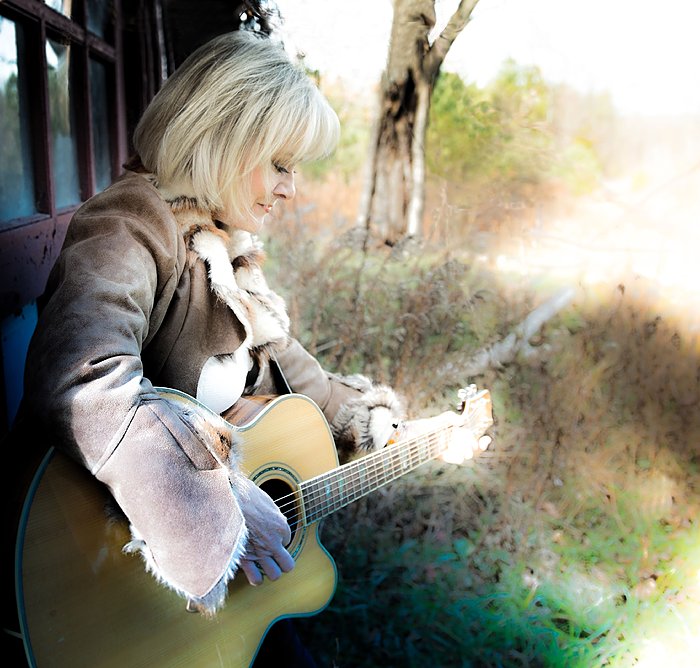 Claudia
Nygaard tells stories rooted in her own life experience, and sometimes
that means tackling some tough topics. “It’s scary to peel back all the
layers of the onion to your most vulnerable self, ” she says, “and even
scarier to make those feelings public, but there is power in having the
courage to risk that kind of exposure too. When you lay yourself bare
like that, your work is more authentic, and it creates a deeper level of
intimacy with the listener.

On her new album, Lucky Girl (Release date July 12), Nygaard more than once takes that risk.

On
songs like “Me Too” and “I Wonder,” Nygaard cuts into the stories like a
surgeon with a fish knife, scraping off scales and pulling back the
flesh to expose the bones. She displays emotional fearlessness when
revealing heartbreak on “Like A Moth” and “Oklahoma”, and she makes no
apologies for her scrappy side with songs like “Ol’ Buick” and “The
Codependent’s National Anthem.” She even pulls back the covers on her
sensuality with “Tumblin’ Down” and “A Little Bit Embarrassed.” Lucky Girl is filled with songs that can only be written by someone who has done some living, and Claudia Nygaard has done some living.

Produced
by Grammy nominated Neilson Hubbard, the album is a beautiful
soundtrack for these thirteen little stories self-penned by Nygaard. It
delivers passionate performances from Nashville session musicians that
include Evan Hutchings and Neilson on drums and percussion, Dean Marold
on bass, Juan Solorzano on guitar and Lap steel, Kris Donegan on
electric guitars, Eamon McLaughlin on Fiddle, and Claudia on
ukulele. The project was recorded at Skinny Elephant Studio, with Dylan
Aldredge at the board.

Nygaard
learned her craft working at a staff songwriting job on Music Row in
Nashville, but the rush of singing to a live audience and her love of
the road had the greater pull. She couldn’t resist it, and has spent the
past two decades tearing up the highways of North America performing
for audiences from Alaska to New Hampshire, and from North Dakota to
Florida.

“I
am continually amazed by the emotions she can evoke,” said Kerrville
Folk Festival’s Dalis Allen. “Her songs are heart wrenching, socially
conscious, sexy and funny.” Noted Chicago DJ Rich Warren compared her
voice to amber honey. Critic Lee Zimmerman called her “a knowing soul,”
and The Alternate Root said Nygaard possesses “a voice that wiggles into
narrow spaces (as she) opens up and lets in a lot of love and hope.”