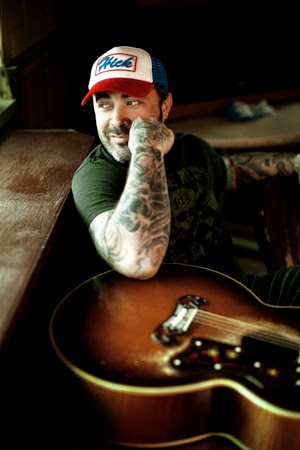 Brantley Gilbert Makes Announcement in a Special Video to Fans

NASHVILLE,
TN (July 11, 2014) – Grammy Award-nominated, multi-platinum
singer/songwriter Aaron Lewis is joining Brantley Gilbert on the second
leg of the Let It Ride Tour. Earlier this week, Brantley Gilbert and his
sidekick Sylo revealed dates and opening acts for the second leg of his
LET IT RIDE TOUR through a special video.
The announcement also included footage from the first part of the tour,
showing fired-up performances from the multiple sold-out shows last
spring. This round is set to kick off on September 19 in Austin, TX.
Aaron Lewis as direct support 9/19 through 10/25 and Tyler Farr as
direct support 10/30 through 12/6. Chase Bryant will be opening all
dates.
“I’m very excited to be hitting the road with Brantley Gilbert on the
Let It Ride Tour in September,” said Lewis. “This is gonna be a good
one!!”

About Aaron Lewis:
Aaron Lewis’s 2011 first solo release, Town Line,
debuted at #1 on Billboard’s Country Album Chart.  The first single
from that release, “Country Boy,” featured the late George Jones and
Charlie Daniels and has been certified Gold.  It earned Lewis multiple
CMA, ACM and CMT Music Award nominations, while the accompanying video
has been streamed over eighteen million times to date. Lewis completed a
run of dates as the headlining act on the Jägermeister Country Tour,
performing a majority of the songs from The Road.
The album was released by Blaster Records via Warner Music Nashville
in late 2012. As the front man for the multi-platinum selling band
Staind, Lewis is the songwriter and voice behind the most-played rock
song of the past decade, “It’s Been Awhile,” in addition to three other
#1 hits and eight Top-Ten singles.