A Twelve Pack with Daryle Singletary 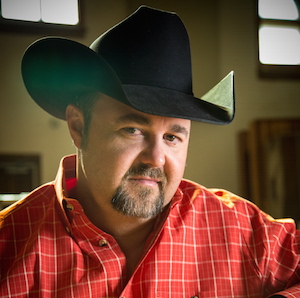 A
Twelve Pack with Daryle Singletary
Daryle Singletary’s brand new album,
“There’s Still A Little Country Left,” has just been released
and he had just scheduled an August 15 appearance at the Grand Ole
Opry to debut the project when I sat down with him to share a
12-pack… of questions!
[1] Preshias: Tell me, Daryle, what is
your earliest musical memory?
Daryle: Probably started way even
before I moved to Nashville. I grew up in a gospel singing family. I
guess I remember the first time… I was nine years old.  The
first time in front of a live audience with my family’s gospel
group.
[2] Preshias: If you were to be left on
a deserted island for one year and you could pick three albums to be
there with you and couldn’t pick any of your own, what would you
pick?
Daryle: The worst thing about me is I
don’t remember album titles, but I would definitely have a George
Jones record and a Keith Whitley record. I’m trying to think what
is in my collection. I know I would have a Vern Gosdin record…and
also get a George Jones / Merle Haggard duet records.”
Preshias: You are up to four!
Daryle: “Haha… If I mixed them
together that would be three… [Chuckling] I’d figure out a way to
make it work!
[3] Preshias: Which song or album are
you listening to the most right now?
Daryle: I’ve got a 40-song disc my
buddy made me of Vern Gosdin. It goes back when he was doing a
gospel music with his brothers.
[4] Preshias: Please finish the
sentence: I would love to have been there in musical history when?
[NOTE: **Daryle laughs through this entire answer and I’m laughing
too.**]
Daryle: When George jones got arrested
when he was fighting the cameraman. He was swinging at the cameraman.
I would’ve just loved to been there to see the look on George’s
face, when he was trying to get that camera to stop filming!
[5] Preshias: Your house is on fire –
all your family, children and pets are saved. By the trick of fate
you are told you can run in and get one item to carry out, what will
you save from the flames?
Daryle: Probably a J45 Gibson that was
signed by Merle Haggard, George Jones, Paycheck, Vern Gosdin and
“Little” Jimmy Dickens. Preshias, these are some great questions.
Makes you think about things. I love answering questions like this.
Preshias: My readers love these too!!!
[6] Preshias: If you could have dinner
with George Washington or George Strait, which one would you chose
and why?
Daryle: George Washington.  I’ve
had dinner with George Strait. [Big laugh] So George Washington it
would be… because he could chop down the cherry
tree.
[7] Preshias: Which one of superman’s
powers would you like to have?
Daryle: I’d like to fly of course!
[8] Preshias: If you could record or
perform a song with another artist or group, (dead or alive) who
would that “dream duet” be?
Daryle: It would be Keith Whitley. I
wouldn’t say duets, but I’ve been so fortunate to have my other
influences on my other records. But if I had the choice of someone
who I haven’t had it would definitely be Keith Whitley.
[9] Preshias: If you could be given
credit for writing one song that has already been written, what would
be your song?
Daryle: The song would be “I Don’t
Go Around Mirrors” by Lefty Frizzell and Whitey Shafer.
[10] Preshias: If you could get a phone
call from one person in the world right now (living or deceased) whom
would you like to hear from?
Daryle: I would love to hear from my
granddaddy Ledford. He died on May 23, 1989 and I moved to Nashville
in 1990 and he never got to see me make it. He loved to hear me sing
and he was probably the biggest influence on me as a person and
singer of anybody in my life. He never got to see the success that
I’ve been blessed with. I’d love to hear his voice.
[11] Preshias: If you had a $10,000
gift card, where would you go to spend it?
Daryle: Where would I go to spend it?
Wow hard question!
Preshias: Please don’t say Bass Pro
Shops!
Daryle: You know I’m building a new
house and I’d probably go to the cabinet shop and give it to that
guy. If it’s a Visa gift card that would work! Can it be a visa
gift card?
Preshias: Yes Daryle, it can be any
card you want it to be. This is such a FUN 12 pack with Daryle! Now
the final question…
[12] Preshias: If you could have it
guaranteed that you can teach your children at least one important
thing, what would it be?
Daryle: Keep Jesus in your heart.
Preshias: AMEN!
By
Preshias Harris for Country Music News International
# # #