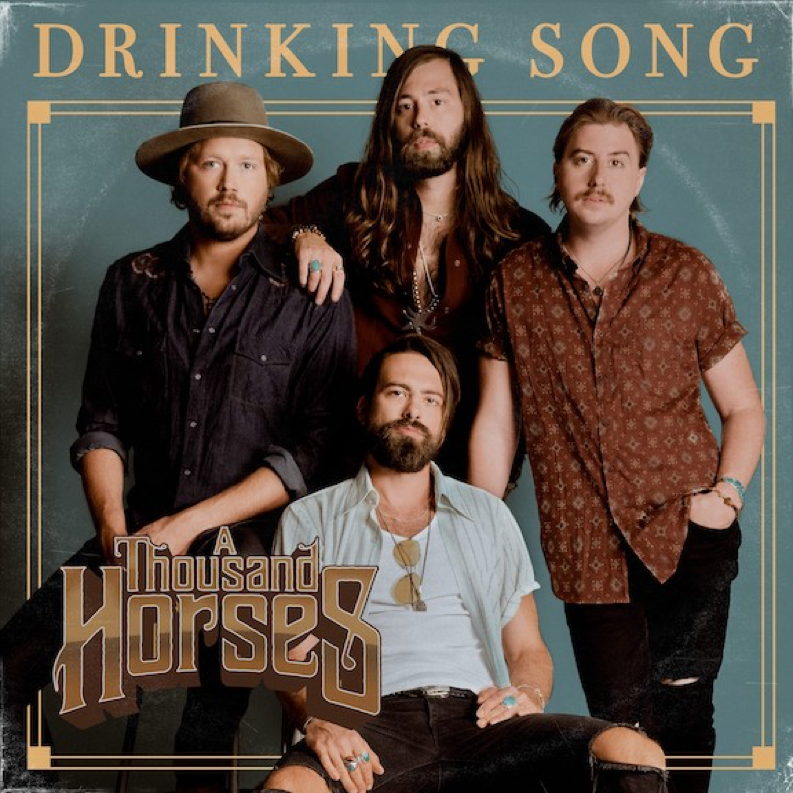 Produced by Grammy Award-winning producer Dave Cobb and recorded at
Nashville’s historic RCA Studio A, ‘Drinking Song’ is the second track
unveiled from the band’s forthcoming new album, which is set for release
later this year. The album is the first A Thousand Horses project in
partnership with Cobb’s Low Country Sound imprint at Elektra Records.
Additional details to be announced soon.

The new track comes after the roaring success of their return to the UK
for the first time in three years, which due to phenomenal demand saw
their intimate show upgraded to the main room at 229, London in
November.

The release of ‘Drinking Song’ adds to a series of breakout years for A
Thousand Horses following their acclaimed full-length debut Southernality in 2015. The album’s lead single ‘Smoke’
reached #1 on Billboard’s Country Airplay chart, which made them the
first group to top the chart with a debut single since Zac Brown Band’s
‘Chicken Fried’ in 2008.

Of the band, Rolling Stone praised, “country music’s new Lynyrd Skynyrd…a muscular mix of radio country and Southern rock,” while CMT declared, “stellar…the
quartet is learning from the best, making records they believe in,
being true to themselves, their artistry and making it happen.” Most recently the band released 2017’s deluxe EP Bridges, of which Sounds Like Nashville hailed, “showcases
what A Thousand Horses do best with a mixture of heavy Southern rock
influences and nostalgic country storytelling that will have listeners
begging for more.”

Based in Nashville, TN, A Thousand Horses is Michael Hobby (vocals),
Bill Satcher (guitar), Zach Brown (guitar) and Graham DeLoach (bass).
Since their debut, the band has toured extensively across the world
including dates supporting artists such as Jason Aldean, Darius Rucker,
Lynyrd Skynyrd, Gregg Allman and more. 2020 tour details to be announced
soon.