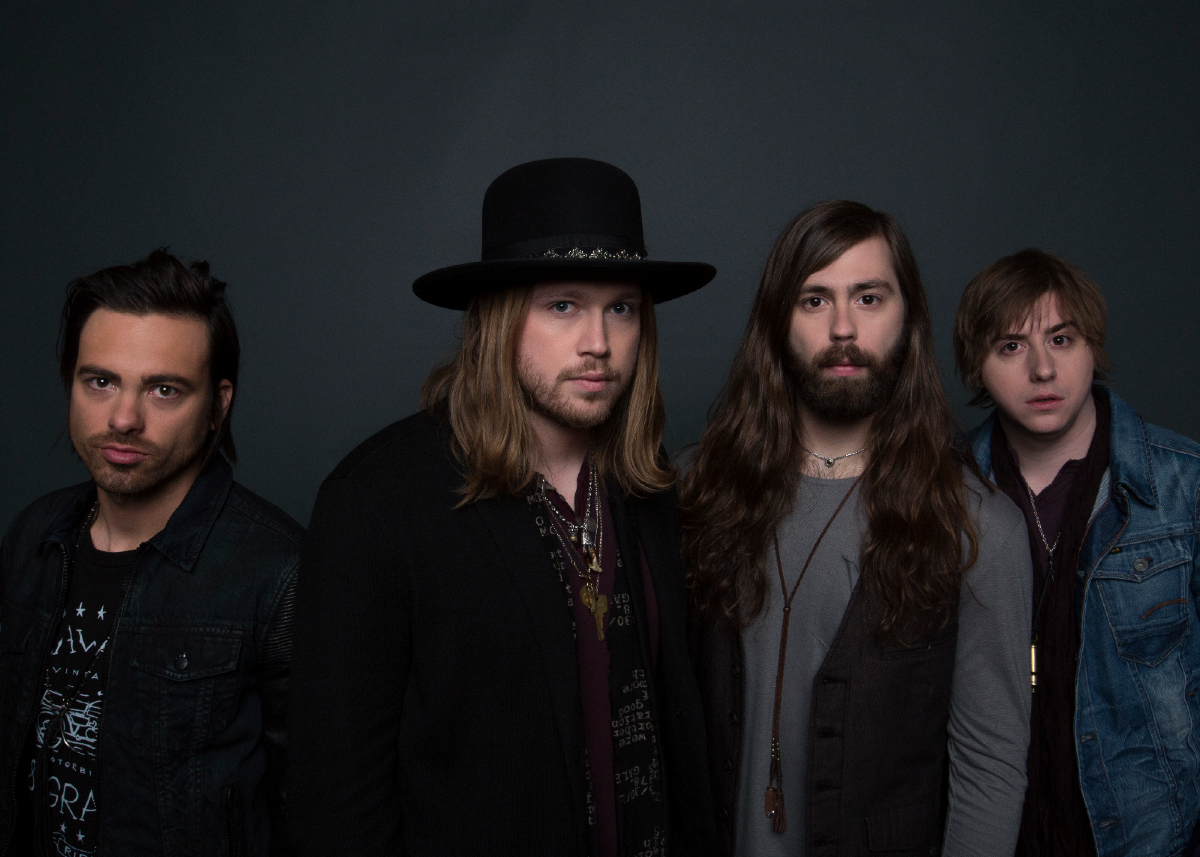 NASHVILLE, Tenn. – (June 8, 2015) – Get ready for more music from
Republic Nashville’s A Thousand Horses. After one of the fastest starts
in country music history, the band will release their highly anticipated
debut album Southernality on Tuesday, June 9.

The album’s title – a mix of the words Southern and personality – is
meant to evoke a state of mind and a way of life, and fans have
enthusiastically embraced the vibe. They’ve helped A Thousand Horses
pull off one of the most memorable debuts in recent history with the
first single “Smoke” setting records on the way to the top of the
charts.

“Smoke” is about a woman whose presence lingers even when she’s not
around. The song immediately stuck with fans in much the same way. A
Thousand Horses set a record for highest charting debut single at No. 28
on the Mediabase country songs chart. They also became the first group
(of three members or more) to send their debut single to No. 1 on the Billboard Country Airplay chart since December 2008.

“It’s been mind-blowing,” lead singer Michael Hobby said. “It’s
overwhelming and crazy to see the reaction from country radio, from fans
loving it and all the people we’re meeting being out on the road. We’re
very grateful, it’s very humbling and unbelievable.”

Southernality, produced by Dave Cobb (Jason Isbell, Chris Stapleton) can be purchased at iTunes
and all other major retailers. A Thousand Horses will celebrate the
release with a number of appearances this week. The band, which includes
Bill Satcher, Zach Brown and Graham DeLoach, will perform at the CMT
Music Awards on June 10, where they are nominated for Group Video of the Year,
and will perform at CMA Music Festival on June 11 and the Bonnaroo
Music & Arts Festival on June 14. The band also is out on the road
with Darius Rucker’s “Southern Style Tour” this summer.

The
group mixes the Southern rock sounds they fell in love with growing up
in eastern Georgia and South Carolina with the storytelling tradition of
country music to make songs that stick in the mind. The mix has proven
appealing to fans of both, as well as critics. All Access said
of the band and their album, “I defy you to put this in your car, start
listening and not like it. The first single, ‘Smoke,’ is a runaway hit,
sounds terrific on the radio and is selling big. Not convinced? Go see
them live.” Rolling Stone Country said “the Horses are bringing musicianship back to a stale format” and USA Today named them a 2015 “Artist to Watch.” They also recently made their television debut on TODAY immediately followed by two performances on FOX and Friends.

The band’s next single, “(This Ain’t No) Drunk Dial,” is available for purchase at iTunes and will impact country radio on June 29.