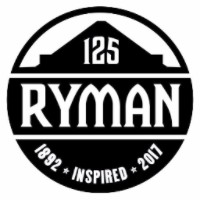 Free Tour Admission for Visitors with a Tennessee State ID on Sunday, March 26

NASHVILLE, Tenn. – On Sunday, March 26, Tennessee residents are invited to celebrate the Ryman Auditorium’s 125th
anniversary with a daytime tour experience free of charge as part of a
Community Appreciation Day sponsored by Ryman partners Nissan and
SunTrust Bank, as originally reported by The Tennessean.
Complimentary self-guided tours will be available from 9:00 a.m. – 4:00
p.m. with presentation of a valid Tennessee state ID at the Ryman box
office. No reservations are necessary.

The Ryman’s self-guided tour includes admission to the state-of-the-art
theater experience, “Soul of Nashville.” The show puts the audience at
the center of the Ryman’s fascinating history, from its origination as a
tabernacle built by a riverboat captain 125 years ago to becoming
Nashville’s largest venue for civic gatherings and ultimately evolving
into one of the world’s premier concert halls.  The multi-dimensional
film brings to life historic performances by artists such as Johnny
Cash, Patsy Cline and Hank Williams, Sr. and culminates with a new
collaboration featuring Darius Rucker, The Fisk Jubilee Singers, Sheryl
Crow and Vince Gill.  “Soul of Nashville” envelopes visitors into the
Ryman’s story, which they can further experience through five new
exhibits honoring the hallowed venue’s 125th anniversary:
“Workin’ on a Building,” “Showplace of the South,” “Mother Church of
Country Music,” “125 Years of Inspired Performances” and “Ryman
Renaissance.” Guests will see genuine artifacts and enjoy videos with
hosts Emmylou Harris, Marty Stuart, Nicole Kidman, Ricky Skaggs, Robin
Roberts and Trisha Yearwood taking them through each chapter of the
Ryman’s illustrious history.

While at the Ryman, guests are encouraged to enjoy Community Day
specials at Cafe Lula and the Ryman Gift Shop. Cafe Lula, open 9:00 a.m.
to 5:00 p.m. will offer a “buy one, get one for $1.25” special on all
entrees. The Ryman Gift Shop will offer 20 percent off on merchandise
including the Little Big Town at the Mother Church product lines and
every purchase will include a free Ryman tote bag.  The Ryman gift shop
is open daily until 7:00 p.m.  (Discount offer excludes media items.)

In addition to sponsoring the complimentary tours for Tennessee
residents, Nissan and SunTrust Bank will partner with 650 WSM-AM to
provide free live music on the Ryman plaza outside Cafe Lula, where
visitors will also have the opportunity to view several Nissan cars on
display, including a GT-R similar to the one featured in the smash hit
movie franchise, The Fast and the Furious.

“The community takes great pride in the Ryman so it’s fitting that
they’re part of our celebration,” said Sally Williams, senior vice
president, Opry Entertainment Group. “We’re grateful to Nissan and
SunTrust for providing Tennesseans the opportunity to experience ‘Soul
of Nashville’ and our newest exhibit ‘Inspired: 125 Years of
Performance’.”

In celebration of the building’s monumental 125th
anniversary, the newest exhibit, “Inspired: 125 Years of Performance”
unveils historical artifacts that illustrate how the Ryman’s
construction was born out of divine inspiration. Emmylou Harris is
featured as a video host, detailing the building’s origins and sharing
stories of the influence the Ryman had on suffrage, civil rights
movements and even fashion trends in country music. The exhibit
showcases stage attire from Johnny Cash, Jimmy Dickens and Little Big
Town; famous guitars played by Jack White and Vince Gill; long-time
Ryman manager Lula Naff’s collection of playbills.  One of the
highlights of the exhibit include the bible used on May 10, 1885 by Rev.
Sam Jones.  It was a tent revival on that date where Ryman namesake
Captain Tom Ryman first became inspired to build the Union Gospel
Tabernacle.  The name of the majestic tabernacle was changed to Ryman
Auditorium in 1904 and Captain Ryman’s funeral.

In keeping with its inherent “all are welcome” spirit and celebration of community, the Ryman Auditorium will continue its 125th
celebration with special events and performances throughout the year,
including the recently-launched, year-long residency of five-time CMA
Vocal Group of the Year Little Big Town and newly announced five-night
run by GRAMMY Award-winning artist Jason Isbell and The 400 Unit from
October 10 – 11 and 13-15.

Tickets for Isbell’s shows will go on sale Friday, March 17 at 10 a.m.
Tickets are $99.50, $49.50 and $39.50.  For the most devout Isbell
followers, multi-night packages will be available for sale. Packages
include: two-night, three-night and five-night bundles that guarantee
ticketholders the same seat.

About Ryman Auditorium
A National Historic Landmark, Ryman Auditorium was built as a tabernacle
by Captain Thomas G. Ryman in 1892, served as the home of the Grand Ole
Opry from 1943-74, and was completely renovated in 1994. The Ryman is
open for tours during the day and at night offers a wide variety of
entertainment performances, just has it has for over 125 years. The
venue was voted the 2010, 2011, 2012, 2013, 2014, 2015 and 2016 Pollstar Theatre of the Year and recently took home its fifth-consecutive CMA
Venue of the Year Award. Ryman Auditorium is owned by Ryman Hospitality
Properties, Inc. (NYSE: RHP), a Nashville-based REIT that also owns and
operates the Grand Ole Opry, and 650 AM WSM. For more information,
visit ryman.com.