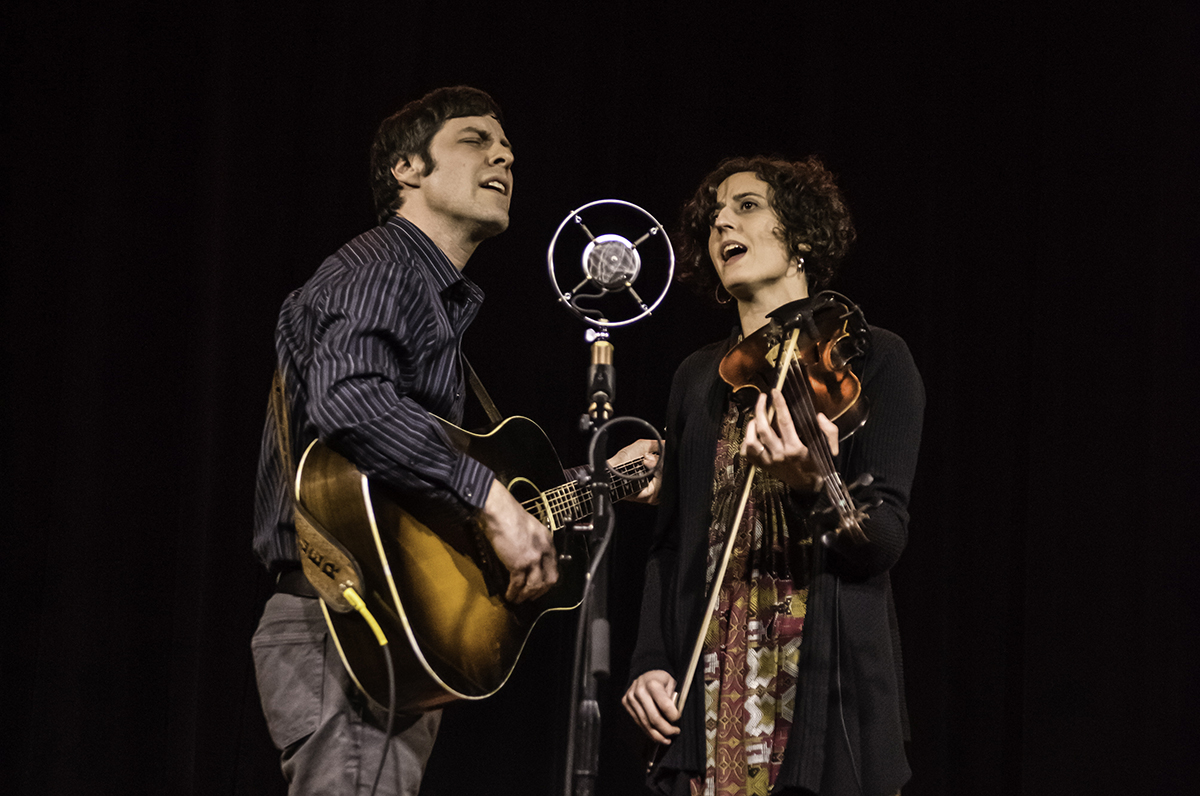 With music that combines folk, country, old-time and bluegrass, Asheville, NC-based Zoe & Cloyd have created music with deep roots, but a modern message. The duo has now signed with Organic Records and is bringing their spirited songwriting to their third album, due out later this year.

“We’re super excited to be working with Organic Records on the release of our third Zoe & Cloyd album,” says Natalya Zoe Weinstein.
“They have been really enthusiastic about our music and message, and
it’s great to have a supportive team of people behind this project.”

Zoe & Cloyd
take their diverse musical backgrounds and seamlessly weave them into a
collection of emotive music with modern and traditional elements. From
southern harmony duets to eclectic instrumentals, Zoe & Cloyd give new energy to traditional music.

The husband and wife duo have begun recording at Crossroads Studios in Arden, NC and are joined on the upcoming album by Kevin Kehrberg on bass and Bennett Sullivan on banjo. Keep an eye out for new music from Zoe & Cloyd this spring and summer.

John
Cloyd Miller’s foundation in traditional bluegrass and old-time music
coupled with his modern sensibility combine to make him a natural
musician and performer. A twelfth generation North Carolina native and
the grandson of pioneering bluegrass fiddler and NC Folk Heritage Award
winner Jim Shumate, his Appalachian roots run deep. John is well known
for his haunting mountain voice as well as his instrumental prowess and
award-winning songwriting. He is a 1st place winner of the prestigious
Chris Austin Songwriting Contest and a recipient of an Artist Fellowship
for songwriting by the North Carolina Arts Council.

Natalya
Zoe Weinstein also comes from a musical family: her father is a master
jazz pianist and her grandfather, originally from Russia, was a
professional klezmer musician. She is an accomplished fiddler in a
variety of styles as well as an inspired singer and songwriter. While
trained classically in her home state of Massachusetts, she has spent
many years fine-tuning her bluegrass and old-time fiddling with some of
the country’s top traditional musicians. Now a mentor to many young
players, Natalya is a sought after instructor and is in high demand as a
teacher and session musician.