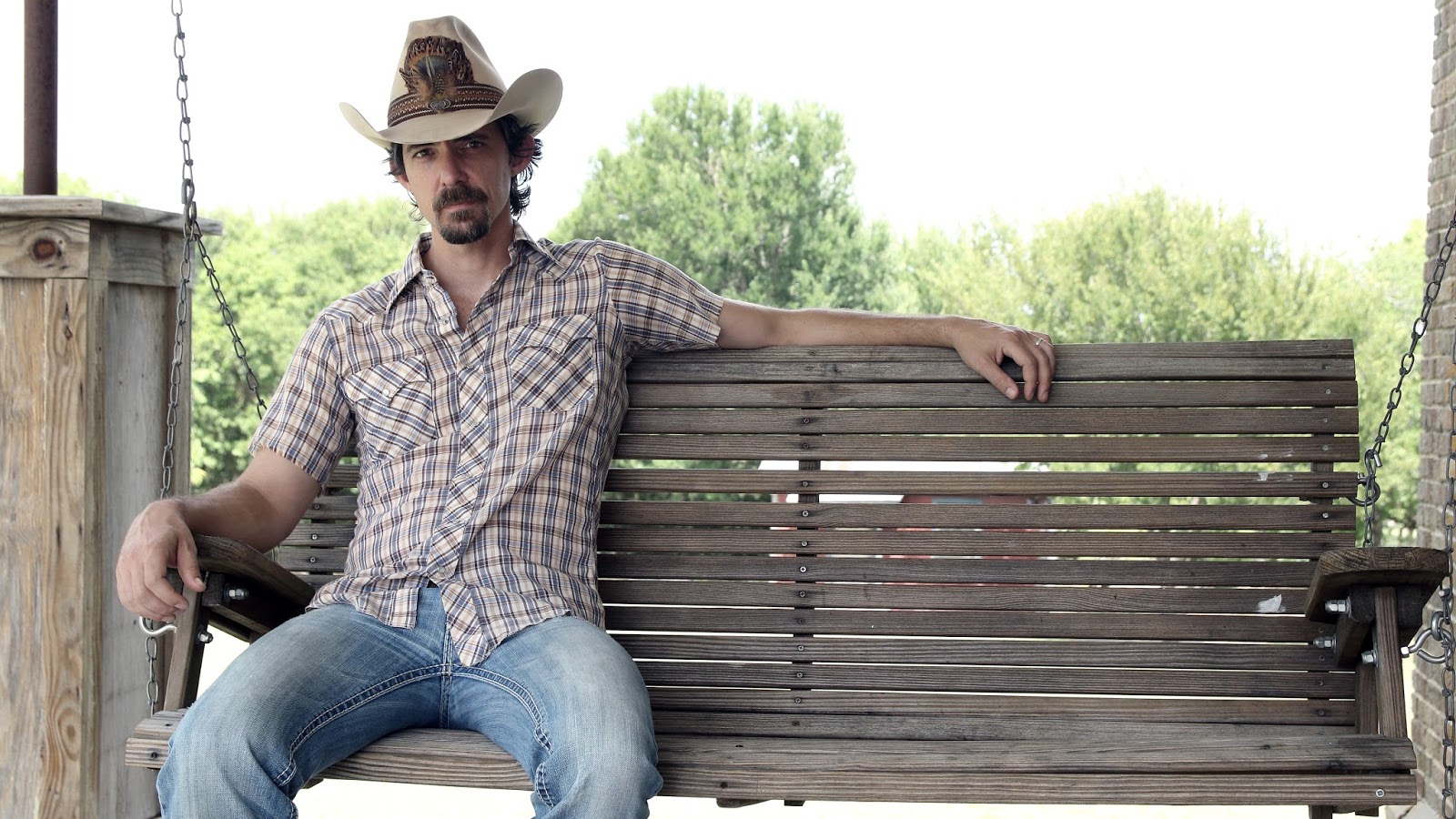 Q:  Music has many new fans throughout Europe who may be
hearing about you for the first time. How would you describe yourself
and the music you play to someone who has never seen or heard you?
A:   If George Strait and
Alabama made a record together in the late 1980’s, that would be the
sound I’d be shooting for.  Only with a little more bluegrass mixed in.
Q:  What inspired you to become a songwriter?
A:  Initially it was falling in
love for the first time, then it was getting my heart broken, and along
the way I found I had a knack for telling stories with words and music
Q:  What is your latest CD and how’s it doing?
A:  It’s called “Bringin’ Country Back” and it’s available on ITunes,
Spotify, etc.  The title track recently went #1 on the Texas Music Chart
and so far people seem to love it!
Q: Please tell us about the songs on your album (influences, etc).

A:
I wrote all of the songs so they come from a very genuine place.  Just a
short list of influences would include folks like Don Williams, Randy
Rogers, Cody Johnson, Vern Gosdin, Corb
Lund, Alan Jackson, Merle Haggard, and the Dixie Chicks

Q:  Your current single is being played by radio. What do you feel is special about this song that makes people want to hear it?
A:  Our new single “Hello World” is song a wrote on a beautiful morning watching the sun come up in the Texas hill country.
It’s a song of thankfulness for the beauty of nature and the opportunity of another day
Q:  Do you have any interesting stories about how fans have been affected by your music?
A:  I’ve
had people name their children Zane, or Jayton (after my song Jatyton
and Jill).  I’ve had people get tattoos of
my lyircs, from songs like “Ride With Me” and “Texas Like That”.  I’ve
had runaways tell me they were inspired to reconnect with their parents
after hearing “Hurry Home”.  But most significantly I had a man give me
the bullet that he did NOT use on himself.
He was contemplating suicide but found hope to go on in my
song “Jayton and Jill”.
Q:  What do you think about today’s music scene versus its post and where do you see it going in the future?
A: I think Nashville and top 40
country has become dominated by acts that are heavily influenced by pop
and hip-hop music.  I think the internet has allowed people who are
looking for an alternative to that sound to find
it more easily in the form of independent acts who are making more
traditional country music.  I think there’s a little bit of a shift
going on right now back toward music of substance, but I don’t know how
far it will go.  Regardless of the trends, I do believe
that truly great music will always find an audience.
Q:  What moments in your career stand out in your memory as highlights and achievements which you are proud of?
A: We played the Grand Ole Opry
in 2015, and my family and friends were all there which made it even
more special.  I’ll never forget the standing ovation that Kylie Rae
Harris and I got when we sang “Pablo and Maria”
at the Texas Music Awards back in 2012 or so.  That was a chill-bump
moment.  I had a blast opening for Alan Jackson a while back, and I’m
proud that we sold out Gruene Hall (the oldest dancehall in Texas) the
first time we headlined there.
Q:  When you get time off, how do you like to relax?
A: I mainly just spend time with
my family.  I take the kids to the park, take my wife out to dinner,
clean the house, and visit with extended family.  Every so often I’ll go
on a hunting trip just to get outdoors and
get away from everything for a while
Q:  Is there any place you haven’t played that you would like to?
A: The Ryman Auditorium in
Nashville would be great.  Red Rocks Amphitheater in Colorado.
Merlefest in North Carolina.  Those are just a few.  But really,
anyplace can be a wonderful show if the crowd is into the music!
Christian Lamitschka for Country Music News International