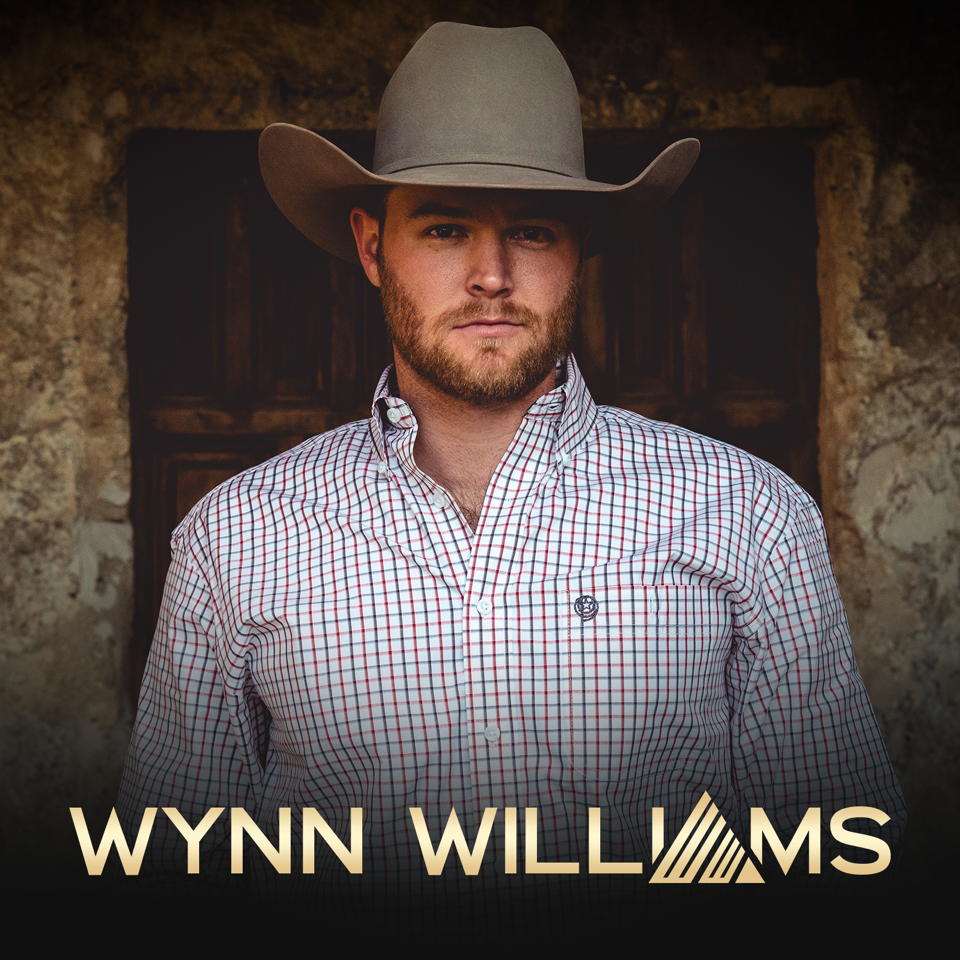 A neo-traditionalist in the vein of Keith Whitley and Randy Travis,
Williams hones in on expertly crafted classic country melodies and
tropes, carrying listeners through raucous rockers like “Hell in July”
and surefire first dance wedding songs like “Then You Came True” alike.
It may be his first album, but WYNN WILLIAMS announces the 25-year-old Fort Worth, Texas native with authority.

Wynn Williams leans heavily into the sounds and styles that made a whole
nation fall in love with country music — from twangy electric guitar
solos to the hiss of the fiddle and the shuffle of the most danceable
drum beats. Though he shares plenty in common with Texas favorites like
Josh Abbott Band and Randy Rogers Band, Wynn Williams is his own kind of
Lone Star troubadour.

“This is my first full length album so naturally it’s an exciting time,”
Williams says. “We worked so hard to give every kind of country music
fan something to like on this album. I grew up on 90s country so that
sound is something that we were aiming to capture in the studio — and we
achieved that and more. I can’t wait for everyone to hear the album and
hopefully come out to a show to see it all unfold live!”

Williams wrote or co-wrote 13 of the 14 songs on the album — all but his
standout cover of the 1969 Glen Campbell’s classic “Try a Little
Kindness.” Collaborators on the project include producer Brown, Tommy
Connors, Nashville Songwriter Hall of Fame writer Byron Hill (George
Strait, Alabama), and Jeff Silvey (Easton Corbin, George Strait).
Williams and company recorded the album at The Moose Lodge in
Goodlettsville, Tennessee.

Catch Williams performing songs from his new album across Texas. His
busy tour schedule includes stops at the famous Cheatham Street
Warehouse in San Marcos and the Houston Livestock Show and Rodeo.

Wynn Williams was a steer wrestler throughout high school and college,
eventually earning a communication degree from Texas A&M. That’s how
he knows the rodeo life closely mimics that of a touring country
artist. The lessons learned from years in a competitive and intense
sport are serving him well on the national stage as he launches his
self-titled album. The compilation showcases the cowboy lifestyle
Williams loves so much and introduces a unique neo-traditional country
sound invoking artists like George Strait and Keith Whitley. To
Williams, country music is a family tradition left behind from a
grandfather he never met. Warren Edwards was a singer and musician
invited to join Bob Wills and The Texas Playboys as a touring musician
during their prime. Warren unfortunately had to decline the offer as his
responsibilities lay at home with his wife and daughters, but every now
and then Wynn will surprise his audience with some western swing as
tribute. Williams keeps a busy touring schedule, bringing his brand of
music all across the Lone Star state.